Zygmunt Bauman was often spoken of as the most influential sociologist of the age. He died on 9th January at the ripe age of 91. Born in Poland, he had lived in the UK since 1971, settling in Leeds where he was professor of sociology until 1991, and since then emeritus. It was in his retirement that a crescendo of writing and talking poured out of him. Better known outside the UK, a vast array of thinkers and activists have been guided by his brilliant mind.

Bauman’s big idea is that of “liquid modernity.” He described a society somewhere between the solid modern structures and cultures of the early to mid- 20th century and post-modernity. The era of jobs and institutions through which we navigated with relative ease a secure life, that some saw giving way to the supposed melting into air of post-modernity, where everything was entirely relative. In describing this halfway house as liquid, Bauman echoes Antonio Gramsci’s idea of the morbid symptoms that appear in the interregnum when the old is not yet dead and the new is not yet born. The metaphor deployed by Bauman for these liquid modern times is one of skating on thin ice—a life in which only speed stops us falling through into the icy waters below.

This breathless notion of liquid modernity is then encapsulated in the second big shift identified by Bauman, from a society that essentially reproduces itself through production, to a society based around consumption. Once we knew ourselves and each other by what we did, now it is by what we buy. Here the metaphor is of a society epitomised not by the savings book, with its slow and steady build up of resources to buy cherished or necessary items, but by the instant gratification offered by the credit card. In the consumer world we compete with each other to be the finest purchasers of things we didn’t know we needed, with money we don’t have, to impress people we don’t know. Sadly for us there is no end point to this endeavour. It is a race without end. So why do we run it? 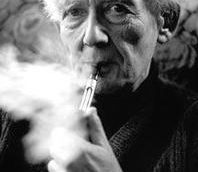