The Labour party disintegrates before our eyes. There are obvious reasons: five years of superficial party unity and no real intellectual or organisational advance always meant it would crumble fast after another big defeat.

But something deeper is fuelling the decline: the absence of a part of Labour that combined ideology and pragmatism, that was more democratic, pluralist and green than the rest of the party, and which mediated the hostile relationship between the right of the party and the hard left. It was known as the “soft left” – as against the more sectarian, controlling “hard left” – and its steady drift away from Labour into new areas has left the party light on ideas and unable to balance its two extremes.

As the noise around the leadership election reveals, all we are left with is two extreme wings calling each other “Trots” or “Tories”.  The right sees the insurgent Jeremy Corbyn as a hopeless loser, while the left sees Liz Kendall as a value-free zone. By contrast, the soft left could always see the need to win but to do so for a purpose. Without this bridge, the party has become a war zone, where power and purpose can’t be reconciled.

Some history. The soft left emerged in 1981 after Tony Benn narrowly lost the deputy leadership. It lived, in particular, through the Tribune group of MPs, theLabour coordinating committee, an early network of thinkers, activists and politicians, and from the mid-1980s enjoyed the intellectual sustenance of the journal Marxism Today. Its thinking and organising ability was a critical part of Neil Kinnock’s leadership. 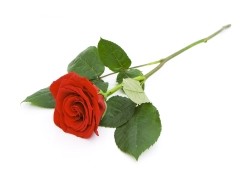