Thanks to a couple of clowns – and by and large, being a jolly place, the Garrick likes its clowns – the Garrick has had a terrible week. We are damaged goods. We’re not Freemasons (well, I suspect some of us are, actually, but that’s not why we’re bound to secrecy) so there are times when we can and should come clean. This is one of those times. And, in any event, it’s a fantasy to pretend that what went on at the annual meeting at the Palace Theatre on Monday did not reach the Guardian’s (female) reporter outside within seconds of the chairman’s conclusion of business.

The Garrick voted by a narrow majority to accept female members, but the requisite 66% majority was not reached, so the resolution failed. The portrayal that has, understandably, emerged is of a bunch of misogynistic old dinosaurs taken on by a ginger group of bleeding-heart liberals. For those who know and love the Garrick for its lack of clubby pretensions, this isn’t what it’s like at all. Or it shouldn’t be.

There were perfectly reasonable arguments on both sides of the debate. For the traditionalists, there is every justification for a same-sex sanctuary with dozens of available, alternative places offering female company and some even offering female-only membership. I have heard feminists concur with this view.

For the progressives, in whose ranks I include myself, we’re the poorer for not having women members who are at the top of their professional and social game and we actually lose good, young male members too as a consequence. 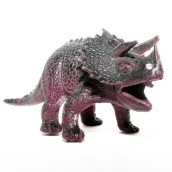