I’m loving being involved in something called the Real Economy Lab, a collective enquiry and movement building initiative on the future of economics, commerce and politics.

The Lab responds to the fairly dark context that I know many of my clients are concerned about, in which our current economic system is patently failing to work for the wellbeing of people and planet. We seem to be locked into an economic system that is intent and reliant on exponential growth on a finite planet, where power and resources are concentrated into the hands of the few. Every day seems to bring more worrying news about the breakdown in trust, climate chaos and inequality.

There’s an exciting and encouraging an alternative future that is already (partly) here, emerging in pockets of light around the world

But it’s not all bad news. There’s an exciting and encouraging alternative future that is already (partly) here, emerging in pockets of light around the world. And I’m loving exploring that future and playing a role in helping its emergence.

There is a vast and increasing array of practice and thinking around what is being called the ‘new’ economy, like the nearly 500 Transition Town initiatives worldwide. As Professor Gar Alperovitz, a leading thinker and practitioner in this area, has recently said: “just below the surface of media attention literally thousands of grass roots institution-changing, wealth-democratizing efforts have been quietly developing.”

This includes movements as diverse as the many members of the Post Growth Alliance and New Economy Coalition, and the P2P, commoner, maker, sharer, buen vivir, collaborative economic, social solidarity, direct action, localisation and co-operative movements and numerous others. Leaders such as Paul Polman of Unilever, Yvon Chouinard, founder of Patagonia, and others are actively engaging with many of these new initiatives.

The Real Economy Lab is building a multi-dimensional mind-map of this emerging new economy ecosystem that will serve as an interactive, iterative and evolving tool. This will establish clarity and consensus on key principles and objectives for the new economy that can act as a foundation for the convergence of action. The mind-map will show how all the various ‘tribes’ within the current and new economy are related, where they differ, where they could collaborate more.

Many mainstream businesses, as with Patagonia’s and Unilever’s interest in this area, are watching this space closely. This is because, as we showed recently in our publication 21st Century Business, these emerging new economy innovations represent a significant threat, but also massive opportunities to mainstream commerce.

2015 looks set to continue the speeding up of the shift towards a new economy. I’d encourage everyone to tune into these shifts, as it is truly world-changing and exciting stuff. 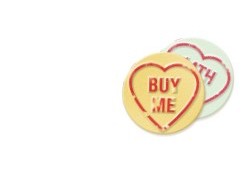