In my 20 or so years working with the development sector I’ve long been extremely uncomfortable with the idea that we in the “north” know better than those in the “south”. We certainly have more material resources, and so more power and opportunities than many, but development as something rich people do to poor people doesn’t gel well with me. Nowadays, many people working in development would agree with this view.

And yet we still send our workers to developing countries to “build capacity”; we send young volunteers there to help out in their gap year; and we constantly lecture poorer countries about the vagaries of everything from corruption to inequality. Ahem … glass houses?

So I’ve concluded that the next generation of “development” should turn this equation on its head. The sustainable development goals (SDGs) were lauded, in part, because they were universal: yes, Sierra Leone or Vietnam has to adopt them but so, too, does the UK. We may be able to offer financial resources to the south, but the south has a considerable store of knowledge to offer us, too. “Reverse development” is what we need, and we should set up a northern based agency staffed by southerners to help build our own capacity to meet the SDGs. Some examples come to mind.

Nicaragua, Rwanda and Ecuador all rank higher than the UK in the World Economic Forum’s global gender gap. Fewer than a third of our MPs are women, ranking us 49th in the world in terms of the number of women in national parliaments. Many developing countries are doing far better. What can we learn from them? How did they achieve it? What systems do we need to put in place?

Micro grid and off grid, affordable solar energy is taking off in the developing world. Rather than waiting for mega projects many, such as Mera Gao Power in Uttar Pradesh, India, or Karibu solar in Tanzania, are showing how it’s done. Where are our energy social entrepreneurs? We have a swath of community energy projects, but large Hinkley-style money pits still dominate our energy landscape. Can we learn from the southern social entrepreneurs and just get on with it? Can they build our capacity to innovate?

Several development economists, from Amartya Sen to Manfred Max Neef, have looked at the role of wellbeing and poverty, and considered wellbeing to be the ultimate aim, rather than macro-level economic growth, jobs, or even income. People in developing countries can help us gain a much better understanding of how to live the good life, while consuming less. Clearly, the poor don’t have enough material needs or security to have high levels of wellbeing. But having a higher income and consuming more isn’t necessarily a recipe to success either. Rather than exporting our overladen consumer culture to the south, we should be learning from and listening to those whose lives are reported as having high levels of satisfaction, yet who consume fewer material resources.

Western criminal justice systems are almost entirely based on punishment for bad behaviour. In many African countries, and indigenous communities through the world, customary law focuses more on reconciliation and social responsibility. Especially for low-risk offenders, it has been shown to be more effective in reducing repeat offences. Rather than building more prisons, can we bring expertise from these communities to help us build the skills and capacity we need to introduce successful restorative justice programmes here at home?

If Brexit and the rise of Trump tell us anything, it’s that people feel disenfranchised and want more, rather than less, control over decisions that affect them directly. Brazil provides one of the best case studies, where dozens of communities are engaged in democratic processes over local public investment priorities, under the guise of “participatory budgeting”. Research from Brazil shows that this leads to increases in public spending on social programmes, from health and education to water and sanitation.

In India, similar results were found across communities in the southern state of Kerala, where participatory budgeting led to significant improvements in roads, housing and child services. Why aren’t we doing more of this in the developed world?

Other examples come to mind – the digital economy is adapting far more rapidly in some parts of the south, such as India, than in the north. Care of older people, meanwhile, also has elements we need to adopt more of in the north, such as how to look after extended families in the home.

Development is no longer a one-way street. “Reverse development” may be as important for the next 60 years, as north-south development has been for the past 60. 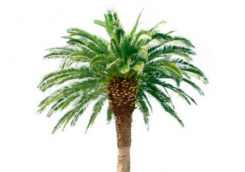