For sheer chutzpah, you have to hand it to Bob Dudley, CEO of BP.

In February this year the giant oil company revealed that in 2015 it suffered its biggest ever annual losses in 2015: $6.5 billion, even bigger than the overall $4.9 billion it reported in 2010 after its disastrous rig explosion in the Gulf of Mexico, in which 11 people died and massive environmental damage was caused. Dudley came in as CEO after the 2010 disaster. Since then the oil price has collapsed – fossil fuels are slowly on their way out. By the end of 2017, 7,000 of BP’s workers will have to go, almost 9% of the total. In February, when he reported the losses, Dudley said: “We’re making good progress in managing and lowering our costs and capital spending while maintaining safe and reliable operations and continuing disciplined investment into the future of our portfolio.”

Well, not all the costs have been lowered. Following BP’s worst ever year, Dudley last week got an overall 20% pay rise. A majority of BP’s shareholders didn’t think too much of this; 59% of them last week voted at BP’s annual general meeting against so handsomely rewarding the CEO for presiding over such a dismal result. BP’s share price – its most obvious indicator of shareholder ‘value’ – has fallen from its five year peak of just over £5.19 in mid-2014 to £3.55.

But, in a perverse outcome that I fail to comprehend, that majority vote against Bob’s Bonus doesn’t matter; it’s a ‘non-binding’ vote. So the people who own the company have absolutely zilch influence over the boss’s pay package. The company does well – the boss does well. The company does badly – never mind, the boss still does well. How can that be? It’s one helluva joke – I hope you’re laughing.

Unsurprisingly there are widespread calls (except within BP) for the head of Dame Ann Dowling, vice-chancellor of Cambridge University and a mechanical engineer who gained her doctorate by writing about the noise problem of Concorde. Why her? Because she is also the chair of BP’s remuneration committee, and defended BP’s pay decisions at last week’s AGM. Remarkably enough, she got voted back in on BP’s board last week. But in punch-up between someone who has spent all their life in the hallowed groves of academe, and someone raised in the rough-and-tumble of the sharp-elbowed global oil business, I know who I’d put money on – Bob every time. The ‘remuneration committee’ is a fig-leaf, a scapegoat, a punch bag – whatever you like. If you want to hold onto your nice non-exec stipend – and the chances of picking up more – perhaps it’s best you don’t rock the boat. The Dame (Order of Merit 2016, by the way) might seem a duffer, but people in her position generally know what side the bread is buttered.

Commenting on the accelerating gap between the average pay ratio between a FTSE 100 CEO and the average worker – which was 50 times in the 1990s and now is 150 times – Stefan Stern, director at the independent think tank the High Pay Centre, thinks it’s like “Murder on the Orient Express. They are all in on it. I fear it will be very difficult to make progress on pay because too many people in the City of London benefit from the system.”

I don’t know Stefan, Dame Ann, or Bob Dudley for that matter. I do know there’s something extremely distasteful about CEOs of failing companies still not getting it. It’s not even the money per se – it’s the signal it sends to our society, battered and bruised as it is after years of austerity, public service cuts, anti-welfarism, and generalised economic depression. Thousands get laid off and a single figurehead has an already generous pay packet boosted by 20%; this signal undermines the social contract in which we all need to participate.

There is a flourishing – if still fledgling – alternative to the annual charade of shareholders expressing their disgust at overpaid CEOs getting more just for heading a floundering company. Capital for Colleagues, which is all about promoting businesses where employees own the company they work for, offers an alternative.

I can’t think of a better way of putting what’s happening in many of our long-established, raddled private sector corporations than what Capital for Colleagues says in its Social Stock Exchange Impact Report for 2015: “the dominant capitalist economic model of the publicly listed corporation has delivered gross inequalities in wealth, as evidenced by speculative activity amongst the seemingly unaccountable super-rich accompanied by debt and default amongst the poor. These issues prompted many observers to make a critical examination of the traditional joint stock company and its governance.”

I don’t see much respect for governance at BP, or some other big corporate names. So let’s just bypass companies that kick sand in our eyes, by shifting capital in whatever ways we can to the likes of Capital for Colleagues and others spearheading a fairer way of running businesses on behalf of more than just the top dog. 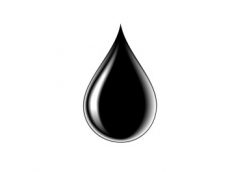