In all of the new left’s urgent, bottom-up energy, the danger is cacophony and not symphony. A new form of political organisation is needed.

The left lives in two worlds at exactly the same time. In one world the left is in a grave existential crisis. This is the left of the 20th century. This left will do its good things to you and for you, and you will be grateful, so that you vote for it again. And so it goes on. This is the left of the activist as electoral foot soldier, the MP as representative and the minister as lever-puller-in-chief. It is a left built on the culture of hierarchies, elites, command and control. It is usually a left of ego, sometimes hubris, and mostly of bitter and futile tribalism.

The crisis of this zero-sum, winner-takes-all left is, of course, one of votes and of outcomes. But this left simply can’t deliver in a complex world it no longer understands, let alone controls. Its dominant metaphor is a machine that delivers. Yet the whole sentiment of this mechanical approach to change is now so out of time and out of place that it is redundant. That is why this old left is in crisis everywhere, not just in the UK.

This left was rooted in big factories and an even bigger working class; in a top-down, Fordist system of governance; in cohesive nation states; in hot and cold wars – all of which have long since become irrelevant. Everything that once made this left strong has been lost. And in its place we have seen the rise of everything that makes it weak: globalisation, financialisation, individualisation and consumerisation.

The crisis is therefore obvious to any casual observer, other than the people who want to keep their grip on the fast-diminishing residual power it still offers. In the UK, it is kept on life support by the first-past-the-post electoral system, which exaggerates the level of support for it and denies the space for a new left challenge – or, put another way, by a democratic fix.

It is a left that can’t comprehend the finite gifts of the planet, so ardent is its bizarre longing for capitalism with equality. It is so arrogant in its divine purpose that it will let itself be co-opted into the cause of free-market fundamentalism to retain an occasional, pathetic seat at the table. This stubbornness to hold office, while drifting further from power than ever, blocks the bed for new life. But no matter how long and grotesque the death, it is a left that is already doomed.

However, there is another left of the 21st century, born of this moment. This left is urgently aware that we don’t have more than one planet to live on. It knows there is more to life than buying things you didn’t know you needed, with money you certainly now don’t have, to impress people you don’t know. This left wants time and control – not just a hi-tech upgrade. It values having clean air to breathe and a home that doesn’t repeatedly flood.

It is a left that lives and works precariously right up through the income scale, the young burdened by debts that are too big and the elderly by pensions too small. The idea of a universal basic income appeals to them.

Like all emergent movements, this left is a creature of time and place. It is driven not by the culture of the factory, as the dying left is, but by the culture of Facebook. It makes its own world, actively seeking out multiple and changing identities – no single party label will ever do. It connects and networks locally and globally. It knows that the complexity of the world must be met with equally complex forms of governance in a future that will be negotiated by all, not imposed by anyone. Neither the free market nor the remote state will deliver what this left craves – the collective autonomy to shape people’s lives and society.

And, finally, this left won’t wait for some remote political representative to usher in a good society at some distant date for them. It wants to be the change and know that the ends can never justify the means in a never-ending journey towards what is good. Creative, socially entrepreneurial, open, respectful and global in its outlook, this left can be the agency for a good society.

But its rise to power is not assured. There is nothing inevitable about the failure of neoliberalism or the rise of new technology that will usher in a progressive century. Dark and powerful forces that currently run finance and own hi-tech will try to co-opt, deflect and suppress it.

So this left must be cohered and sustained. Instead of occasionally illuminating the future like a firework, before darkness descends again, it needs to become a floodlight for the journey ahead. In all its urgent and creative bottom-up energy, the danger is cacophony and not symphony – a sum that is less than its parts. This is why it will need a new form of political organisation. Not to represent it, but to create the spaces and resources for this new, 21st-century left to come fully into being.

So, our immediate focus should be on the creation of a progressive alliance that can break the logjam of our present political system, so that the politics of the horizontal can combine with the organisational ability of the vertical to create a transformative agenda. This meeting point is called 45 Degree Politics. Through it, we will have to change the system to change society. 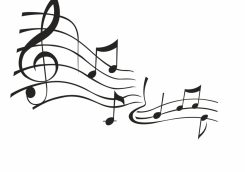