Peckham is more than the home to Del Boy and Rodney. Its trail-blazing historic community health hub offered a glimpse into the potential for the Surgery of the Future 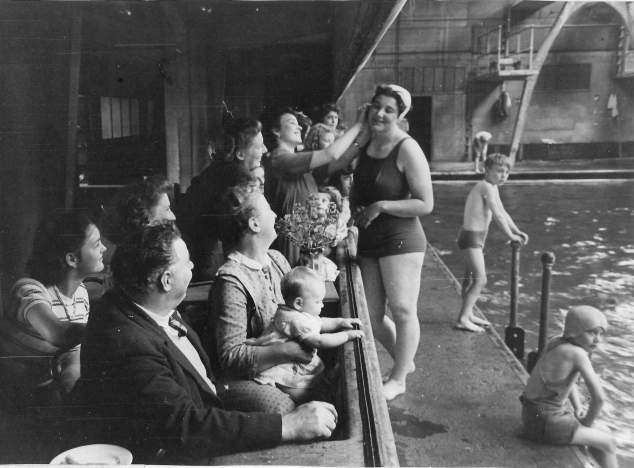 History offers many lessons. It’s extraordinary how in so many walks of life to look forward one would do well to take a considered look back. (The Hippocratic oath, after all, dates back to the 5th century BC) Health, and specifically primary healthcare, is no exception and for those who study it seriously, a remarkable experiment which took place in a sparkling Peckham building of glass and light in the 1930s can teach us all much about how to design primary care that works in the 21st century.

The Peckham Experiment was conducted by a pair of radical doctors, the husband and wife team of George Scott Williamson and Innes Pearse, when they established the Pioneer Health Centre. It was not a surgery, treating the sick, but rather a place dedicated to spreading – and studying – health.

Their aim was to study health as a medical condition in a manner comparable to studies of the natural history of disease – in the same way as working out how viruses cause illness. Scott Williamson was a pathologist and therefore good at deduction from clues. Peckham was in a number of ways the harbinger of today’s healthy living centres and the Department of Health’s “Choosing Activity” initiative. It had some of the ingredients of what is today known as “social prescribing.”

Social prescription is hard to measure and evaluate. However, what research is starting to show is that demands on primary care fall when a patient’s overriding issues are addressed and that medical prescribing also falls. Social prescribing is not a “treatment” like CBT, it is finding a social solution for the challenges that people face in life so they are less reliant on health professionals. Peckham could show a pathway to the GP practice of the 21st century.

The founders believed that health had much in common with disease – that it was contagious. The trick was to create an environment, a joint enterprise, in which people would infect each other with wellbeing. The result was a beautiful club, boasting a large swimming pool, a gym, boxing rings, a dance hall, a library, a creche with “room for perambulators” and a cafeteria serving “compost grown” – organic in today’s language – food, produced at the centre’s own farm a few miles away in Bromley. Local families could join for 6d a week, so ensuring they felt like members rather than recipients of charity. And they joined in their hundreds. At its peak 1,000 Peckham families were members.

When Pam Elven, who attended Peckham as a child 70 years earlier, was interviewed by the BBC she remembered her “eyes lighting up” when she first saw the place. How many kids feel that about their first trip to a GP surgery in the 21st century? She watched others in the gym and felt compelled to join in. There was no compulsion or even much active direction: people could just get on with what they liked the look of. Pam recalled the food too – home-baked bread that was brown and “a bit coarse” – and the lessons she was taught about “what food was good for you”, lessons she passed on to her children and grandchildren.

Much of the data on the “Peckham experiment” was lost in the war, but all the signs pointed to great success. Experts noticed that babies born to Peckham mothers – those who had eaten the centre’s organic fruit and vegetables – had a “bloom, sparkle and bounce” lacking before.

And yet the Pioneer Health Centre closed in 1950, weeks before Pam was due to hold her wedding reception there. “It felt like news of a death,” she said. “We were like one massive family.” The reason for the closure was the arrival of the  NHS. There was no room for an independent outfit, focusing on wellness rather than disease, in the new, centralised National Health Service. The Peckham building has gone the way of many unwanted municipal structures and is today a block of luxury apartments. A two-bedder could currently be yours for £540,000.

For all the organisational changes that the NHS has undergone in recent decades – choice and marketisation, strict adherence to KPIs – most miss a vital point. They focus on disease and hospitals rather than on improving the environment in which people live. Williamson and Pearse understood 70 years ago that prevention was better than cure and that fitness, diet and social interaction were the key. It was a different sort of mindset.

Sure the tone of the book which the doctors wrote and was published in 1943 is slightly old-fashioned. Its tone is odd, rather paternalistic, haughty even. Notes on an interview with an unnamed couple describe the wife as “fat, flabby, constipated, dressed in slovenly clothes, suspicious, diffident and negative.” Their elder daughter was “undernourished, anaemic (lack of night sleep and worms) bit her nails, was a wriggler bed-wetter, lisped. Was furtive…” Ouch.

However looking at the NHS in 2021 the couple would perhaps feel that an enormous ecosystem of complexity has been created but one which – by its own admission – only delivers between 50-60% of care to the highest standards are Level 1, that probably wastes one third of its time and resources and actually has adverse effects with up to one in ten patients.

But Peckham is also a parable of a wider kind. The post-1945 rush to build a universal and highly centralised plus prescriptive welfare state put paid to many small, creative and ingenious hives of ingenuity. After the war the new welfare state was obsessed with a centralised power that saw much get lost. Britain had been host to a whole ecosystem of mutual societies, cooperatives, Sunday schools and workers’ associations. Many functioned in an interdependent way. Most went the way of Peckham, crushed under the giant wheel of the Whitehall state.

One response to this is to set about rolling back the state, so that we might once again reveal Burke’s “little platoons” of social activism, denied encouragement so long. It is important to note that Burke should choose such quasi-military terminology for his description of the community. However, just like a ‘platoon’, the community is both well-structured and mutually dependent in ‘battle’, which in social thought we might simply call ‘life’.

When the inquiry into the COVID pandemic is carried out it will be interesting to see how the efficacy of those at ground level who knew the lie of the land and took responsibility into their own hands without waiting for central diktat helped fight the disease. He may have fallen from favour in the eyes of many but David Cameron’s self-described “big idea” of social responsibility argues as much, shrinking the state and letting “society” take the strain. He could – though he won’t – look for some succour for this approach from Britain’s own anarchistic or left-libertarian tradition, which remains largely forgotten.

But that would be to go too far in the other direction. The post-1945 shift towards the state has its strong critics but there were sound reasons for it. Reliance on charities and well-meaning individuals could never be a complete answer to the problems of health, education or poverty. Too many people fall through the gaps. The family doctor in the NHS is quite rightly the first line of defence, the port of call for those suffering and requiring help with the vicissitudes of life. The Peckham experiment was of huge value if you lived in Peckham, but not much use if you lived down the road in New Cross or in Newcastle. And it made your receipt of those essentials – a schooling or medical treatment – not only random but contingent on the kindness of strangers. The state ensured citizens got those services as of right.

That case for the state still holds true in the 21st century. So, perhaps the key aspect of the Peckham experiment is not which sector produced it – voluntary rather than public – but its scale. It was small and beautiful. It was bought into by being performed by its members and not “done to.” It was a micro collectivism. That collectivism is being edged towards by the existence of patient representatives in good GP surgeries. Few will have the money or space for a swimming pool, but the ethos is clear.

Peckham only hints at answers. Any normal business would spend a proper sum on R&D if it wished to survive, especially in these times of The Great Acceleration and rapid change. But where does the NHS do its R&D? What might it achieve, for example, if it joined up with those responsible for social care – always the Aunt Sally to the NHS – to see what might be done to solve our many problems. Drs Pearse and Scott Williamson did draw an extensive list of important conclusions:

A book by Philip Conford published last year examined Peckham’s history and sought to explain its demise. He suggests that while financial and administrative problems never helped, various vested interests (including those of pharmaceutical companies and the medical profession) put paid to Peckham. He also highlights the even more ancient (than 1930)  tension between the principles of Hygeia (the goddess of healthy living) and Aesculapius (the god of healing and surgery). “Our culture values those who try to put things right more than those who try to ensure they do not go wrong in the first place.” Those sitting at their drawing boards to design the surgery of the future would do well to remember this. 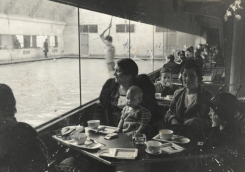