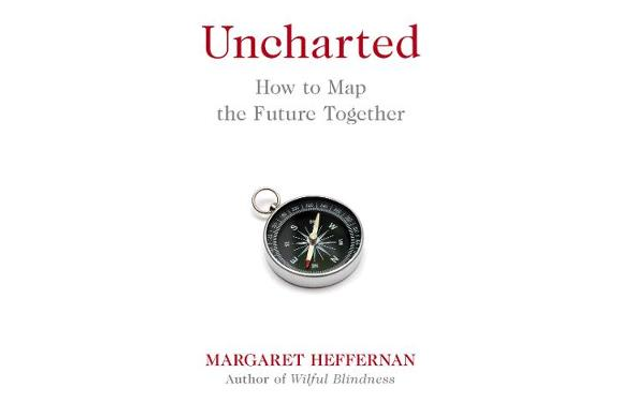 We are addicted to prediction, desperate for certainty about the future. But the complexity of modern life won’t provide that; experts in forecasting are reluctant to look more than 400 days out. History doesn’t repeat itself and even genetics won’t tell you everything you want to know. We can’t predict history because it is driven by new knowledge and history can’t be a predictor because it can’t take new knowledge into account. Eliminating the power of choice and action, Popper believed, is what autocrats seek to do. Imagining choices for ourselves is how we remain free. Ineradicable uncertainty is now a fact of life. In complex environments, efficiency is a hazard not a help, in fact it specifically undermines our ability to respond or to adapt; being robust is the better, safer option.

A number of long-term projects developed over generations could never have been planned the way that they have been run. Experiments, led by individuals and nations, discover new possibilities and options. That’s how plastic bags got banned; it’s how the Bank of England is coping with an overwhelming demand for data analysis; and it’s how the Irish made abortion legal. It might even be how the American healthcare system reinvents itself.

Scenario planning, invented by the military and by Shell, is now being used to define and forge the future of nations. It’s been used frequently in companies but many struggle with the method – it demands more creativity and imagination than many corporate executives can muster. Scenarios don’t just reveal new possibilities; they change the people work on them and the organizations with the nerve to develop them. Radical exercises in forging new futures with wildly diverse participants allow everyone to create outcomes together that none could do alone.

Cathedral projects take more than a lifetime to complete. They are, Stephen Hawking said, humanity’s attempt to bridge heaven and Earth.’ But they are conceived in uncertainty. CERN is a modern cathedral project, even though it was designed to discover things that might not exist, using technology no one knew how to build, on a timescale that was impossible to define at budgets nobody knew how to draft. Mired in uncertainty, it both produced enormous breakthroughs in physics and has thrown off dozens of inherently unpredictable innovations, including the worldwide web. Not planned. Never predicted. The Sagrada Familia was – and is – just as uncertain; is that part of its fascination?

Artists may be the people best placed to think about the future. Everything about their lives and work is unpredictable and uncertain. Some, like the visual artist Katie Paterson, hesitated to become artists, knowing how difficult the life and work would be. But artists make work that last for centuries. What is it about the way that they live, work and think that gives them that capacity? We might not all be artists – but could we adopt their tough creativity?

Existential crises reveal what we need to survive when the future arrives without warning. Individual, corporate and global crises can be overcome – but success depends on zeitgeist, agency, ambition and social cohesion. Asked how he survived the near-collapse of his business, one CEO said it was only the people who kept him going. It was, he said, “pretty much the opposite of the gig economy.” Does our obsession with efficiency undercut our capacity to endure crises?

Death is certain, but older people are happier than young ones. Having less time makes it more precious and meaningful. And even at the end, we have an impact on the future, if we approach the end of life with the same creativity we need to live it.

And preparedness – doing everything today that you might need for tomorrow – provides the antidote to passivity and prediction. Around the world, organizations are learning to deal with Just-in-Case scenarios and planning for future generations. Our politics may be short-term but not all of our thinking has to be.

My message is this: resist the false promises of technology and efficiency. Instead, mine our own creativity and humanity – give ourselves the capacity to create the futures we want and can believe in.

Uncharted: How to Map the Future Together by Margaret Heffernan is published by Simon & Schuster on February 20 2020. Pre-order via Amazon or Waterstones. Watch:  Human Skills We Need in an Unpredictable World TED Summit 2019. 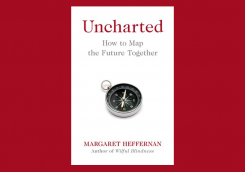