The Profit v Purpose debate still rages, writes Robert Phillips, and speaks volumes about the role of PR. The ‘wrong sort of pirates’ remain in charge.

“This is about power and profits, more than penises”, commented the brilliant Professor Laura Empson on the tragic downfall of Sacha Romanovich at Grant Thornton. The increased sniping at Unilever’s Paul Polman likewise confirms that the battle of “profit versus purpose” rages still. For some of us, there is a comfortable and logical compatibility. For others, the rampant free marketers, their lodestar remains a misguided belief in the sanctity of shareholder returns. 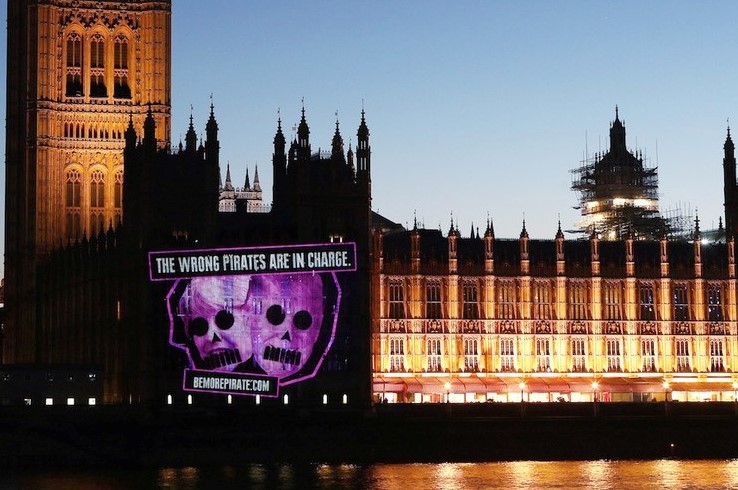 The call for more ethical business leadership lay at the core of my 2014 book, Trust Me, PR is Dead. The PR industry I argued (and still maintain) had been part of the business problem and was not part of the solution – often propping-up and/ or spin-washing poor corporate leadership and freqently demonstrating poor leadership within its own ranks (Bell Pottinger, anyone?).

Many mischievously interpreted the book as a betrayal and an assault on the practice of Public Relations. It was not. “It is about Public Relations as it should be, not Public Relations as it has become”, one reviewer noted. It simply observed the rapidly diminishing powers of an industry which, like so many other tiring institutions of the mid- to late-20th century, was losing relevance while still trying to maintain status and protect revenues. The PR industry would, I suggested, prosper financially for some time yet – “where there’s a buyer, there’s a market” – but this was not to argue that it couldn’t identify and arrest its own decline. Nothing that has happened in the past few years has persuaded me otherwise.

The shift from Public Relations (to what I then called) Public Leadership would be a positive and much-needed signal of change. Instead, we have seen countless justifications and weak arguments for evolution, not radical transformation: a kind of status quo plus. PR industry leaders have been fiddling while their Rome’s burned – still making the case (not very well) for being the “conscience of the CEO”; or for “eating the adman’s lunch” via a shift from PR to “marketing communications”. Some are still arguing about evaluation.

Much of what I theorised then we now know to be true – from the rise of nasty populism, filling the vacuum of ethical public leadership, to the thirst for collaborative working and the resolution of major policy issues through new, peer-to-peer coalitions. We have come to understand that trusted relationships can no longer be imposed from above, if ever they could. Instead, they are shared laterally, across networks, just as “trust” now flows horizontally, too – a point well made by author Rachel Botsman.

We can see in plain view some of the predictions made in Trust Me, PR is Dead come to pass:

The post-ethical age was beautifully articulated by the late philosopher Tony Judt, a hero in my book. The case for social democracy (wisdom, tolerance, justice, freedom) has not gone away; we have just forgotten how to talk about it. We are now living in a Gramscian interregnum, the turbulence of which will continue for some time yet. We need to return to the common good as a central organising principle of every organisation.

Which leaves us where? Different leadership and operating models are urgently required, just as they were when I published Trust Me, PR is Dead nearly five years ago.

A reformed business leadership needs to embrace operating frameworks based on new principles – understanding the world as it is, not as it once was.

Leadership should be open, adaptive and collaborative; activist in spirit and approach. Leaders should be prepared to embrace the messy chaos of the current condition and not default to platitudes and soundbites. They should welcome dissent, accepting that it’s OK to not have all the answers and to sometimes say they Just Don’t Know. They should demonstrate genuine vulnerability, even to their implacable opponents, to build greater trustworthiness across stakeholders and communities.

In the shift from Public Relations to Public Leadership, just as these new principles are required, so is a new generation of leaders to embed them. This runs to the heart of the important debate on equality and inclusion, race and age, as well as gender.

The Public Leadership model works. Over the past four years, together with my Jericho colleagues, we have been effecting meaningful change for a better society – working with major companies and organisations to build coalitions and consensus, based on these new operating principles, and rooted in the common good. Real purpose comes first. Better policy is emerging: on responsible tax, the future of work, the digital economy, adult social care, housing, transport and the built environment. Major corporations are courageously embracing this new way of thinking and behaving. Together, we can build a stronger economy and a better democracy – but only if we are prepared to address major societal issues head-on. None of us should shy away from our responsibilities to fellow citizens and society, even if it means going against the mainstream flow or putting people and planet before profit. Human value trumps shareholder value, every time – whatever and however the Luddite profiteers continue to moan. No-one, however, said the transition would be easy – and it isn’t.

As Empson and Harari both identify, it is ultimately essential – for business and politics – to understand the relationship between truth and power and to chart an informed and ethical course. A reformed PR industry therefore sits at the epicentre of this potential transformation. “If you want power”, observes Harari, “at some point you will have to spread fictions. If you want to know the truth about the world, at some point you will have to renounce power.” 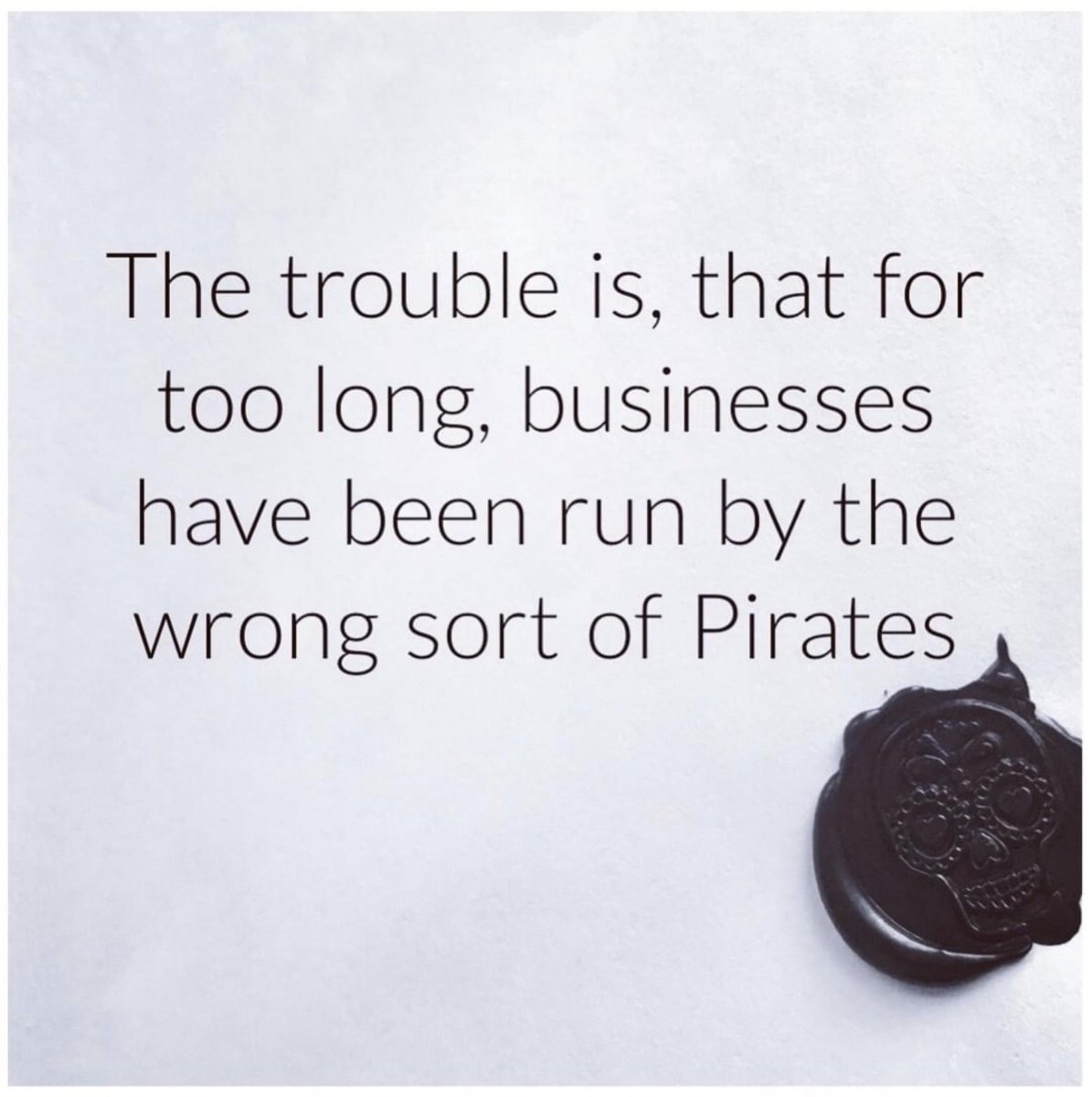 “The trouble is that for too long business has been run by the wrong sort of pirates“, I quipped to Sam Conniff Allende on the publication of his excellent new book, Be More Pirate. Good pirates are more than profiteers; they are genuine agents of change and can, as Sam charts, be forces for reforming good. Good pirates know when and how to renounce power and welcome others in. They even use fictions wisely. The PR industry has its fair share of good and bad pirates, for sure, including those who ruthlessly exploit ‘purpose’ in search of profit. For us to move from “bad” to “good”, we therefore need a much more honest conversation about truth and power; profit and purpose – in the PR industry and in the real worlds of business and politics. I said it back then and I say it, with even greater urgency and determination, now.

Robert Phillips is the author of Trust Me, PR is Dead (Unbound, 2014) and co-founder of Jericho Chambers. He is a former UK and EMEA CEO of Edelman and a Visiting Professor in Public Relations at Cass Business School, City, University of London. 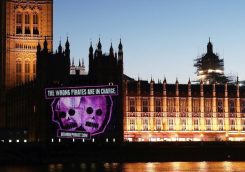