Have we really had enough of experts? Maria Baghramian explores who we can really trust.

We are faced with a profound crisis of social trust, or so we hear on a daily basis from all those with a public megaphone. We don’t trust our politicians because they repeatedly fail to keep their promises or act in good faith, the media, we think, do not give honest and unbiased reports, and as to the experts, we don’t trust them because they are on the side of the elites and are motivated by sectional interests. Not the same level or variety of trust is at stake in all these cases, but their common denominator is the experience that those who expect trust from the public do not act in the public’s interest and therefore are not worthy of our trust.

Declining levels of trust in experts, while not at a similar rate as those of trust in the media or in politicians, have been a cause for concern in some areas of public policy – vaccination in particular. Donald Trump’s 2016 message to his approving followers “I’ve always wanted to say this… The experts are terrible”’ and Michael Gove’s famous retort to a reporter that “people in this country have had enough of experts” were blatant attempts to capitalise on the already nascent mood of scepticism about the role of experts in policy decisions. But the rightful indignation that many have experienced in the face of such blatant use of a populist “anti-elite” rhetoric can distract us from a measured assessment of the role of experts in modern democracies and their trustworthiness.

“The demagogue asks, “who needs experts?”, the simple answer is: we all do!”

The demagogue asks, “who needs experts?”, the simple answer is: we all do! We rely on them each time we set foot in a hospital, take a flight, or take our laptops for repair. Epistemic trust, the sort of trust involved in learning from others, is also ubiquitous and essential for the smooth functioning of complex communities who necessarily rely on a division of cognitive labour. We cannot all be equally knowledgeable about a given subject nor know the same things. The division of cognitive labour, with its attendant specialisation, creates expertise but it also ensures the rich variety and complexity of societies and cultures. Such division is contingent on epistemic trust, that is, on our willingness to accept others as a source of authority on matters they are presumed to know more than we do. Furthermore, increasingly, key policy decisions, ranging from food safety to climate change, from patterns of consumption to healthcare, from economic planning to education, are guided by data and advice from “experts”. In democratic systems of government, where consent by citizens is a requirement of good governance, trust in experts and their policy advice becomes essential.

In trusting experts, we believe the information they provide and rely on their advice, and we often do so because of their track record of competent performance and training. But we trust experts not only because we expect them to be knowledgeable accurate, but also because we think they are honest and have integrity. A feature of that integrity is a willingness to act in our interest or to show goodwill, in other words, we expect the experts’ benevolence. It is this nebulous but essential element that mitigates the risk we take in trusting and justifies the hope and confidence we place in those we trust.

We withdraw trust when experts, individually or as a group, are deemed to have made serious mistakes, or worse still when they are shown to be dishonest or ideologically biased; we also are less inclined to show trust when experts disagree, and we cannot decide which one is right. The reasons for scepticism about expert advice often only indirectly concern the scientific evidence they provide, but arise from ideological and psychological considerations based on the expectation of benevolence from the experts. These are all legitimate concerns, but they are not impossible to address. Training and vigilance, combined with good faith and intellectual humility, will help to make the experts more trustworthy. On the other side of the coin, the realisation and acceptance that the science, which is the basis of expert advice, is fallible may encourage those relying on experts to look only for the best explanation available at any given moment and the greatest convergence of opinion rather than proof and certainty beyond doubt. Citizen’s fora, where experts and citizens representing the general population engage in dialogues about specific areas of expertise and their policy implication can help both sides to calibrate better their expectations around trustworthiness.

But there is a broader issue of trust in experts which has not always received the attention it deserves, an issue that may also explain the disquiet about expertise in a period where democracy itself is in crisis. Briefly put, the question to ask is not only whether we should trust the advice that experts give but rather whether we should accept, and in that sense also trust, the role given to experts in policy decisions. The worry is around a tension between the ideals of democracy, particularly in its deliberative forms, and reliance on expert advice for policy decisions. The point is not new. The problem was discussed by John Dewey, the American Pragmatist philosopher of the early 20th century, in his critic of the journalist Walter Lippmann’s enthusiasm for the technocracy of a “bureau of experts”. The point was raised again, in an even sharper tone, by Hannah Arendt who, in the 1960s, announced that there are few more frightening things than the steadily increasing prestige of “scientifically minded brain-trusters” in the councils of governments.

The problem that Dewey and Arendt were highlighting is that trust in experts involves deference to their views while democracy thrives on debate and disagreement. A related worry is that experts can tell us only the bare facts of what to do, devoid of the much-needed advice on how to think about the ethics and value of what we are doing. We are thus faced with a dilemma: reliance on experts, and indeed trusting them, is an inevitable requirement of life in complex technological societies, but the consequent deference to the very same experts, the inability to subject them to the norms of debate as equal citizens is deeply undemocratic. How are we to overcome this tension? One solution is to look at the normative and ethical dimensions of expertise and bring them in line with the values that are core to the ideal of democracy. But this is work for another day.

Maria Baghramian is Professor of American Philosophy at University College Dublin, Ireland. She has published on relativism, pluralism, and contemporary American philosophy. Her most recent books are Baghramian, M and Coliva, A. (2019) Relativism: New Problems of Philosophy. Routledge and Baghramian, M (ed.) (2019), From Trust to Trustworthiness, Routledge Baghramian was elected a Member of the Royal Irish Academy in 2010 and was a Fulbright Scholar in Harvard in 2014. For the next three years she will be coordinating a H2020 research project on “Policy, Expertise and Trust in Action” (PEriTiA) which was awarded €3000000 by the European Commission. The project follows from “When Experts Disagree” (WEXD), an interdisciplinary research project funded by the Irish Research Council. 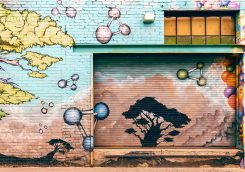