On the same night that David Cameron formally (albeit briefly) presented his bid to reform Britain’s relationship with the EU at a summit in Brussels, Sir Ian Cheshire ( Government Lead Non-Executive and former CEO of Kingfisher Group) sat down with Rob Lewis (serial entrepreneur and Eurosceptic) at Jericho Chambers to discuss the very same subject.

Having headed an Anglo-French company employing around 80,000 people in 10 countries across Europe, Sir Ian generally speaks out on the benefits of the EU, whilst Rob Lewis is confident Britain can go it alone. Far from being a black vs white, ‘oui’ vs ‘non’ polemic however – and, as one voice from the floor put it, ‘so far away from Question Time’ – the evening was spent in reasonable discussion, thrashing out the implications of an EU referendum, what the EU really means for business and for Britain, as well as the positive potential of a Union reformed.

The discussion centred on trade, regulation and the strange particularities of Britain’s marriage with Europe; analysing what it is now and what it might become depending on how the terms of the relationship are renegotiated.

The obvious benefits of cooperating with a large bloc of countries for the purposes of trade (‘Asia would eat a small country for breakfast’ was one comment from the audience), were weighed against the associated quagmire of intervention and regulation from a centralised power, something potentially stifling for small-scale entrepreneurial efforts – the sort of which  we are so proud in Britain. And in today’s world, where free trade is accepted as “ a good thing” , do we need to reassess the role the EU plays in enabling it? Are we better off identifying where the EU is helping business and calling time on any directives or committees that hinder it? Which in turn leads to a question about how free we are to pick and choose what we want from the EU. Historically, has Britain’s civil service simply been too conscientious, passive and law-abiding in its interpretation of EU directives?

A spotlight was shone on another aspect of Britain’s attitude to Europe. For the large economies across the Channel, a united Europe is as much about a shared ‘European mission’, avoiding the conflict of previous generations, as it is about economics. If as a nation Britain cannot take on this almost visceral belief in the good of a united Europe, could it be that we are throwing a spanner in the works, holding back the integration that might save the Eurozone?

The EU’s potential as a catalyst for positive change was also put to the floor, with the successful supranational legislation banning illegal timber imports brought in as an example. The positive potential of the Union was actually where opinions converged the most. It was suggested that a lack of a clearly defined purpose in the EU sometimes created a vacuum, which is then filled by ineffective bureaucracy. Taking a ‘foot-forward stance’, identifying where the EU is useful and redefining in exact terms how Britain (and Europe) might stand to gain from this multi-faceted and many-shaded relationship was where the discussion culminated… 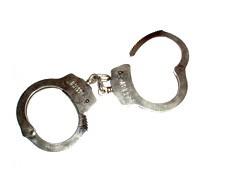