This discussion took place in June 2022 as part of the
Ahead of the Curves series, in partnership with Stifel Europe. This phase of the programme focused on defining the ‘S’ in ESG and ways in which it can help to solve the cost of living crisis.

You can also listen to the podcast interviews which provoked
this discussion here. 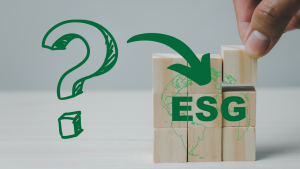 Before working out what the S in ESG seeks to achieve in practice, it would be helpful if one knew what the acronym actually stands for. Is it Society, Social or even Stakeholderism, an epithet the Economist recently described as “wishy-washy”? While acknowledged as increasingly critical to business success, the S is felt to lack the rigour of the E – for environmental and the G – for governance or rules. The S is a bit fluffy, do-gooding, a bit “HR/people stuff.”

If the S stands for something as expansive as the “Social Values” of a business then those who keep an eye on such things say this includes: justice, freedom, respect, community, and responsibility. Quite an onerous tally for any CEO and board. And all before they have to consider the bottom line which keeps them, and all their people, in a job in the first place.

Once you have established what S stands for the next challenge is to find the path to virtue – what can be done to encourage and then achieve good practice. What do you have to do to achieve a 10/10 or a tick in the S box?

Where many elements of corporate environmental and governance behaviour can be contained within regulation, regulating for the virtuous S is far more complex. How can offering extensive Working From Home (WFH), a four-day week or gender-neutral lavatories constitute a box that gets ticked without universal agreement that such measures are in themselves a desirable thing?

Other social factors, such as a company’s culture, are harder to quantify. A Harvard Business School study pointed out that ESG-rating firms rely on inputs rather than outputs to calculate their scores. Rather than measure gender balance, for instance, they ask if firms have a policy on diversity. The distance between the promised intent and the actuality can be a stretch. Of the 61 questions underlying one rating firm’s social score, 24 look at whether companies have a specific policy or code of conduct.

Another problem is the size of the organization. When investors look for employee satisfaction as a critical S factor, that alone can lead to perverse outcomes, by simply giving greater weight to companies with relatively few employees who consistently score more highly in these stakes.

And, to what extent should businesses wade into political debate and issue pontifications on every social issue of the day? These were the tricky subjects discussed in Jericho’s latest roundtable in partnership with Stifel Europe.

Stifel’s European President Eithne O’Leary who is responsible for more than four hundred employees across five countries began the conversation:

“I feel I can go some way towards measuring our carbon footprint and we understand very clearly the requirements of our regulator,” she said. “However, when it comes to the S there is very little that’s codified. I’m very well aware of my duties towards our people and our customers. And conducting those relationships well is critical to our success. Being effective in our customer’s interests is vital. However, I get very nervous when businesses move into moralising about societal and political issues. You cannot stand up and promise without the capacity to deliver.

“The risks of grandstanding are very clear when you look at Disney’s conundrum in Florida. In the States, you are working within a highly polarised society and either way, if you get up on a soapbox, you will annoy one-half of your stakeholder base.

“I’m also conscious of colleagues’ expectations – especially those of our younger people – that we should push for a vision. These should be idealistic objectives – where would we be without the strongly felt idealism of the young? But if one acted on all their demands you would be pulled into so many directions of social prescription that it would be impossible to be effective.”

In a country where some wages are so low that government has to supplement them with financial top-up benefits, Patience Wheatcroft believed business has a critical role to play in 2022. Especially with a cost of living crisis now in full swing. “When it comes to this area it’s legitimate to ask yourself should your business be doing more than the bare minimum required by law,” said Patience. “When David Cameron was talking about ‘healing broken Britain’ – and I’d argue it’s more broken now than it was then – there is a role for business to try and improve things. It’s very hard to define and the term is vague, but fairness must have something to do with it.”

Lesley Smith thought that the S was a significant modern risk factor. “Large companies are already thinking hard about this as these people-linked things can come and get you reputationally. So most companies, repurpose what they have already and present it in ESG terms.”

However, when the door is opened to taking external social and political stances then she felt – “Once that starts you have lots of employee demands to condemn this or that. Often from small interest groups. That’s fine if the company is aligned behind them. For example, Uber, whose many minority ethnic employees are highly exposed and vulnerable to racism in their daily working lives, was completely aligned with its employees’ working interests in making a strong stand on racism.”

The group invited Steve Moore, one of the architects of David Cameron’s Big Society project – now a decade old – to share his thoughts on the subject.

“The Big Society was an attempt to push back on the Labour command and control, overly centralised politics. It was felt that the idea required some more flesh on the bones which was my job and certainly business became involved. Its chances of surviving Austerity, however, were always going to be low. The introduction of mayors was a good thing.

“The Social Value Act – an attempt to take ESG into central and local government – created an opportunity for public sector commissioners to think more broadly about the benefits that they can expect from their contracted services, and help ensure that local social, economic and environmental wellbeing benefits from public sector spend.

“But the S is far too vague for business to grapple with successfully. And when it gets into contentious subjects such as gender politics, for example, ordinary people reject massive, moral and political arguments. They like kindness and fairness.”

With a whole carer as a senior tax advisor at KPMG behind her, Jane McCormick has had years to consider the subject. “A lightbulb moment for me when I worked at KPMG came when I asked a normally very quiet colleague from Japan what his take was on this subject. He replied that Sanpo-Yoshi – a philosophy of Omi-merchants who were considered to be the most successful merchants in Japan from the medieval period to the 18th century – had the answers. This philosophy stated that every business the Omi-merchants conducted needed to be beneficial to the seller, the buyer, and society in general. In short, a business must result in three-way satisfaction.

“The point was that any travelling trader needed to be welcomed into each community. These traders thrived because it wasn’t just the nice stuff that won confidence and approval – the CSR if you like – it’s the very nature of what a business does which decides if it’s truly sustainable or not. Without it, the business could collapse. So, the moral is you cannot do nasty stuff and paint schools to salve your conscience. It has to be there at your core.”

Wendy is in the process of launching a new business having recently left Nasdaq. “It’s a luxury to start from nothing. With just a clean sheet in front of you. It has made me think deeply about what we’re trying to create. How you will test it. What will it mean in a year if we can successfully tick this box?” Another factor that interests Wendy is the attention paid to those outside the corporate ‘herd’. “Our business models are often built around fixed social structures and you need to be aware of those trying to get in. Changing the establishment can be very difficult.”

The effects of the pandemic on business and its relationship with employees were also discussed. The subject of mental health has been brought to the fore in the last three years. Eithne said it has changed her degree of knowledge of those with whom she works. “I now know where they live, with whom and how they lead their lives. I’ve Zoomed into their homes. This has also meant discussing how they feel about returning to the office.”

Matthew wondered what the great Victorian philanthropic business leaders – The Cadburys, Levers and other Quakers would make of 2022 if they were transported to the present day? Steve Moore replied: “What they had in common was a strong sense of place. Where they were from – the towns in which their businesses operated. They would teach us a responsibility to the physical space, the place in which we operate.

“They would have been bewildered by the effects of globalisation that we’ve witnessed over the last 30 years. I don’t think our generation got globalisation properly until the advent of Brexit and Trump. Our [middle] class was largely oblivious to these effects or had intellectualised it out of existence. They would have noted a sense of desperation.”

Steve Moore has run a number of small businesses over the last 35 years. He also had a spell working for Carphone Warehouse. “I’m not convinced that the patrician lever approach would be that effective in 2022. It’s not exactly listening or inclusive. But more generally… I can read a balance sheet and a P&L. I get ISO and Investors in People. I can understand the value of a strong culture in a business – where everyone knows how to behave and act respectfully. I know that a good culture means creating a business where people can be heard and their ideas incorporated. At the tech business I run, Hero Labs, we did the right thing when war broke out in Ukraine where we had people – we pre-paid out Russian.”

The sometimes perverse effects of regulation were noted by many.

Denise Kingsmill noted, “We’re looking at a fundamental tension here. Isn’t the nature of capitalism to make money and doesn’t it remain true that within large corporates total shareholder return is what is most used to incentivise senior management. Culture is the critical glue that makes businesses cohere but the imbalance, which is increasingly obvious, is between the rewards to capital and labour. Both contribute to profitability.