Activists’ tendency to turn every issue into a fight against government or big business won’t create long term change.

Does campaigning work? I’m often asked this question. In 2010, when I was director of the World Development Movement, I was interviewed by the Ecologist magazine and was optimistic about the rise of activism and the opportunities to build solidarity under a Tory government. But I’m increasingly convinced that either we’ve been using the wrong methods in our campaigns, or we’re missing something altogether.

The evidence? Environmental groups fighting U-turns on hard fought policies, like renewable energy; garment factory workers still facing working conditions that were highlighted two decades earlier; strong anti-World Trade Organisation campaigns, but yet another unjust free-trade policy, the Transatlantic Trade Partnership, looming on the horizon. We win a few campaigns, some of which I’m proud to have been involved with, but the overall direction of travel remains the same.

There are three key reasons why campaigning is failing:

Many of the so-called wins in recent years have failed because they haven’t been coupled with a long-term shift in values. In the mid-90s, Shell’s sinking of the Brent Spar was seen as a transformative event in the life of the company, a shift away from doing harm, to being a responsible corporate citizen. Today, Shell is drilling for oil in the arctic. The company didn’t embed values to move away from fossil fuels, and so reverted to type. Rosie Walford, a sustainability leadership coach, refers to this as a “thin yes”. It’s a yes without meaning, without belief.

Micha White, one of the founders of the Occupy Movement, has also expressed his doubts. In a recent interview, he said: “Occupy was a perfect example of a social movement that should have worked according to the dominant theories of protest and activism. And yet, it failed.” Instead, he thinks we need to address the issue of belief. “What I am proposing is a type of activism that focuses on creating a mental shift in people. Basically an epiphany.”

You can read the rest of this article on The Guardian 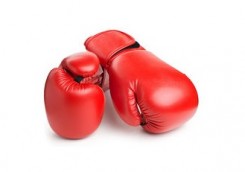