I’m concurrently reading Vicky Pryce’s recent book Why Women Need Quotas, alongside Margaret Heffernan’s 2004 The Naked Truth, about why women aren’t breaking through in business. Depressingly the latter sets out the challenges faced by senior women and could have been written at tea-time yesterday. Vicky Pryce argues that quotas are critical long before board level because of the economic catastrophe of losing so many talented women from the workforce. Both explore the barriers for women, especially mothers, and why so many drop out before they might get into positions where they could drive change.

I was recently asked to continue a series of ‘Power Mum’ interviews I’ve done for Management Today live on stage at a conference. The Power Mum had been nominated locally and, without any hint of feminine self-deprecation, the interview was a bloody disaster. For fear of being judged, my interviewee avoided admitting she makes it work by having a nanny and a cleaner and a husband who is based at home. She talked extensively about how progressive her own organisation is, sliding over some very difficult issues she had previously discussed on the phone, finally sharing some tips for managing conflict.

Nothing should have surprised me about this. When I started my interviews, I did so in response to an article about Karren Brady in the Evening Standard explaining how she combines a huge job in town with having kids in the country – just by working really intensively in the week. Naturally her life was peachy perfect and her kids never needed her at that precise moment she was running a board meeting.  Reading as (then) a mother of two small kids, working full-time in an organisation packed with shouting alpha males, I didn’t recognise a word she said. I knew there was a different truth because me and my friends were living it. So I went to explore it.

I sought out women willing to speak the truth. Unlimited by PR machines they tried hard to be honest, express their vulnerabilities and admit the things that had gone wrong. Readers responded strongly.  They recognised the double whammy of isolation both at the school gate and at the office when they missed the late-night shifts: an exclusion that hurts as badly as physical pain. A profound lack of support networks – “I don’t have time to see my friends”. The social judgement, which to my regret the interviews sometimes make worse. “She might be powerful but she is no mother”, wrote one woman on Facebook in response to a mum who admitted the nanny cooked the family meal every evening. Another interviewee confided afterwards she wished she’d never admitted publicly that she had a Saturday nanny to buy herself the time to get her hair cut and do some yoga. She’s been asked about it ever since.

Off the record, over lunch or a drink, some conversations were darker. Marital problems, depression, sleep deprivation, a strong senses of loss, feeling disconnected from their children… and big questions about whether the hours they were doing was a price worth paying. Vicky Pryce tells a story in her book about calling home from the office one evening to find it very noisy and chaotic and demanding to know what was going on. It was one of her kid’s birthdays and she’d planned a party at the weekend, but forgotten the actual date. The way she tells it is funny; I wonder how it felt on the day.

Reflecting on that disastrous stage interview, I remembered Anne-Marie Slaughter’s famous article in The Atlantic after she resigned from her role as Director of Policy Planning at the State Department under Hilary Clinton. In it she admitted: “I’d been the woman smiling the faintly superior smile while another woman told me she had decided to take some time out or pursue a less competitive career track so that she could spend more time with her family. I’d been the woman congratulating herself on her unswerving commitment to the feminist cause… I’d been the one telling young women at my lectures that you can have it all and do it all, regardless of what field you are in.”

But she finally admitted the truth: she was wrong – and she went on to quit her dream job. The combination of long hours, travel and inflexibility were damaging her family life and her boys needed her home. It makes me want to interview some of my power mums in a few years when they can be as publicly truthful as Slaughter. The line in her article that she says was the hardest to write was: “Deep down, I wanted to go home”.

And that’s the kicker. However much we want careers, we also want – need – to go home regularly. Many men do too of course, but the role of motherhood is socially and biologically loaded so it’s usually the women who give up their dream jobs if, when, our children need us.

I notice that the happiest working mums, irrespective of weekly total hours, work three to four days a week in their office and manage to do one or other school run most days. Yet for all the chat about diversity and inclusion most businesses really struggle with these options for senior professional roles. Even truly honest conversations remain difficult. A hugely successful but teary friend is about to return after her third maternity leave to an unsympathetic boss. She thinks that even asking for a four day week will set her career back. I worry that she’ll endure it silently for a year or so and then quit, ensuring that everyone involved loses.

If quotas focus minds on the solutions to reap the benefits Alaric describes, then so be it. But to get to that point, more of us will have to tell the truth, more loudly and more often. Call me if you’re up for it.

Christine is co-founder of Jericho Chambers. She is also a contributing editor at Management Today and author of Power Mums. 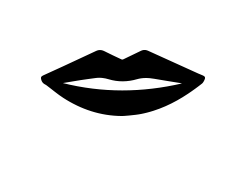