Write up of The Foundation Forum, 8th September 2016.

This particular exploration was built around three big vortices of trust, which we ventured into with the help of some knowledgeable and sure-footed guides. 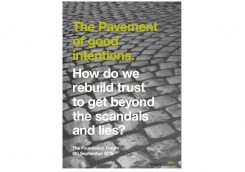