From the depths of COVID crisis, a different, more vulnerable, empathetic form of leadership is emerging 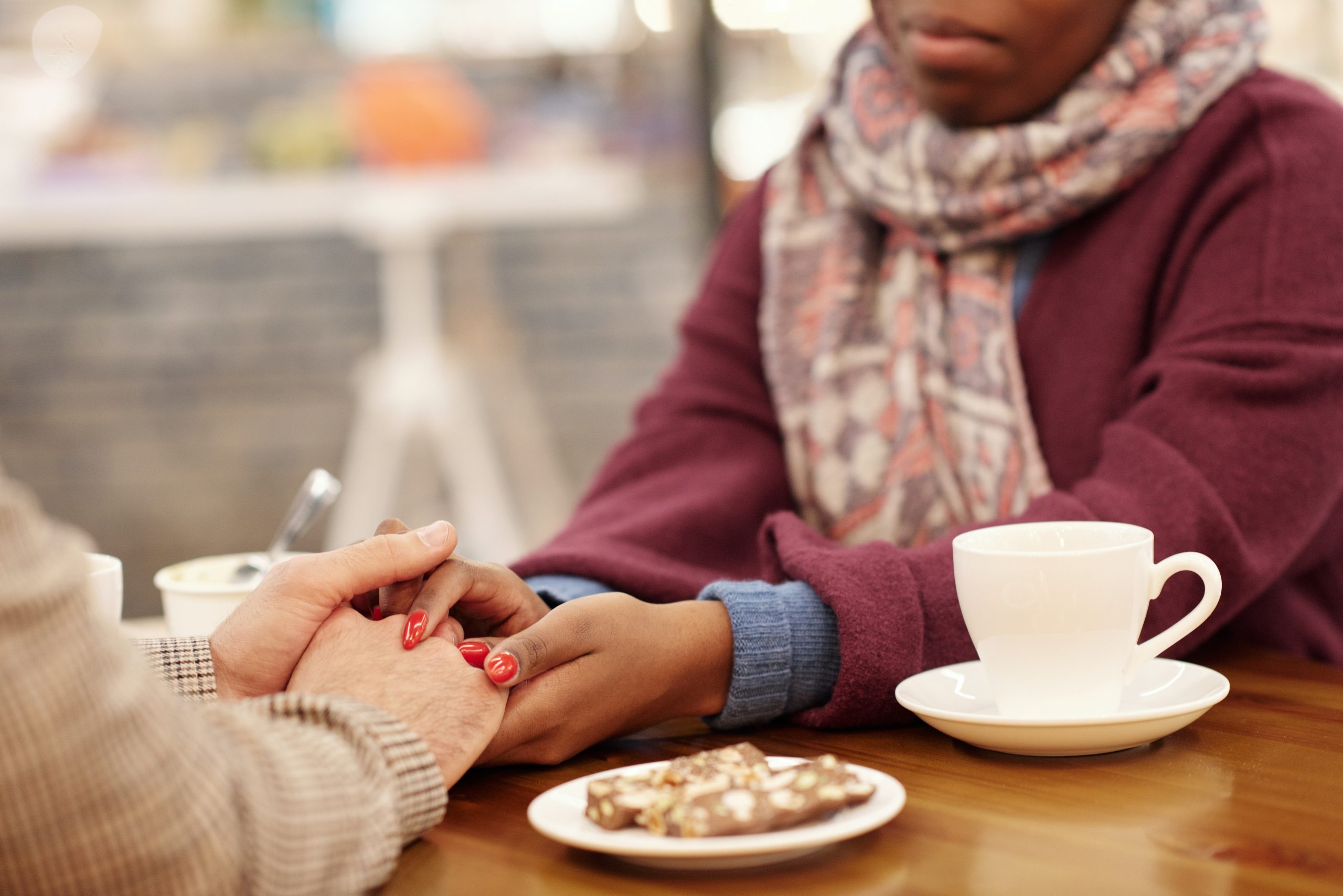 There has been a historical reluctance by some business leaders to see themselves and their businesses as anchored within a wider society, rather than one populated only by share prices and dividends, bottom lines and bonuses.

COVID has changed that in different ways. It has allowed the humanity of many at senior levels to be revealed because it has brought to the fore the need to acknowledge the interdependency of the business systems we have created, the inequality of risk and reward within those systems and the importance of health, above all else.

We have all discovered brilliance and inspiration living alongside injustice and inequality of risk. The discovery of the interdependencies within the eco-system – the reliance of health services on technology companies; large and small businesses finding a two-way reliance on each other in their supply chains; and everyone’s reliance on the broad array of health workers and also food producers and food retailers. In addition, the discovery of the reliance of all of upon the least well-paid in society, who have had to be prepared to risk their health (and thereby the health of their families) by keeping essential services open for the rest of us.

COVID has made us realise that, whilst we should be “all in this together”, we are not. Inequality of risk, protection and reward has become writ large for all of us. It has been there for many decades but has been amplified by the pandemic.

The research was conducted with 44 senior leaders, including Chief Marketing Officers; Chief Financial Officers, HR Directors and Managing Directors.  It included eight CEOs. All were  interviewed individually between June and August 2020.

“We have been borrowing from employees – trading on the equity we have in hearts and goodwill.”

Senior leaders had to prioritise the protection of all in their supply chains and eco-systems. Health has arrived back onto the Exec. Board agenda – both mental and physical health. Senior managers have been brought face to face once again with the reality that every employee has a life: for many a more meaningful life, beyond the workplace.

“By the end of March we knew we needed to get ready. Our priority was to save as many jobs as possible and protect families and livelihoods.”

People do not have a separate work identity, whereby what happens beyond work is not an employer’s concern. It has been difficult for those who aspire to be Responsible Businesses to not confront the needs of those who are poorer or more vulnerable within each workforce during COVID. Instead, everyone’s family and caring responsibilities have become centre stage in trying to prioritise who needs extra protection and extra financial support and also who cannot work from home because home is too dangerous, too unsuitable and/ or too unhealthy for them to stay in all day.

Due to the uncertainty of the situation, all sensible and competent C Suite members have had to learn to trust downwards, learning from local managers and staff trying to maintain front line services. In so doing, some senior teams have discovered hidden gems of “pop-up leadership” – from generous-hearted and able employees who were perhaps miles away from being identified as fitting the top talent identikit in the pre COVID world of talent development.

In contrast, some have found that a few of those that had been on their fast track listings were not as selfless and benevolent as they might have hoped, instead choosing to spend time arguing with HR about carrying forward holidays or freezing bonuses whilst many around them in society were losing jobs or being furloughed.

“The amount of resistance I got was really quite nasty at points… HR is not a role for the faint-hearted. I’m prepared to be unpopular when I’m doing the right things. That can be very hard, especially when I want people to shake themselves. When you look outside our industry and see people on furlough, people losing their jobs, people taking pay cuts, and our employees are frustrated that they’ve lost between one and five days’ holiday that they’ve had 18 months to use.”

And yet, the crisis has allowed senior business leaders to share with us their best. Of the 44 business leaders interviewed from June to August 2020, most displayed a concern to “do no harm” despite the extraordinary and exceptional demands made upon them by the pandemic.

“I think that ability, then, to pick up, by osmosis, on the mood of the organisation and strike the right note of empathy, understanding, vulnerability, and yes, they believe what you’re saying and trust you, and will have a sense of security, is really complex, particularly when you’re having to do all the sort of osmosis and emoting by these teams. It’s not how it would be, and you’re exhausted.”

Suddenly CEOs, CFOs and HRDs are accessible and being beamed in real-time into our sitting rooms, kitchens and studies. A John Lewis director talked about how this crisis period has helped everyone see people as humans and broken down unhelpful hierarchy.

Support has increased – especially for senior leaders who had often harshly held to account without the partners understanding the pressures they were under. All leaders from the 20 businesses interviewed said it had been a time of  “C-Suite Unfiltered”, with no corporate communications team able to control real life conversations at all levels with CEOs and their teams.

“(Before COVID) I used to put a bit of personal stuff in there sometimes, but nothing very much. Actually, you ended up getting sent loads of content, so what you were actually putting in it, versus what people wanted to promote, was very little.”

“I stopped writing in that way when the crisis hit, and made it very personal. So not births, marriages and deaths, kind of thing, but how does it feel? Which weeks did you feel that you had the energy to give hope, and also felt that was what people were wanting, versus the weeks when people wanted permission to go, ‘this has been a crap week. I actually feel miserable. It’s not like me.'”

“The feedback from that has been so powerful. It just builds a connection and makes it alright to say, “Actually, it’s a bit much this week. I need someone to cheer me up,” or, “This isn’t working. How are we going to make it work?” or listening to different people’s perspectives of what working from is – the good, the bad and the ugly – and all of those kinds of things.”

Of course mistakes were made in the crisis but the wish to be seen as human and concerned came through from many.

“We learned a lot from that, and have had this conversation, really openly, with branch colleagues and things. We just kind of go, “We got that wrong, because we hadn’t listened properly to what really mattered and what this really meant. We’d just taken a rational business decision.” That’s what is so important about this, is, how do you retain those sorts of humanity, empathy, aspects when your head is kind of exploding with, “How are we going to restate our entire financial plan on the basis of a completely different base rate scenario?” and all of those big things, and, “What does this mean for society?”

“Being able to keep those different concepts in your head, and lead around that breadth of important stuff every day, at the end of the day, when you’re on your crisis call catch-up”.

Some were willing to show their emotional struggles as a leader. The Joint CEO of Day Lewis Pharmacy group talked about how they need to support all their 2,500 employees operating in 280 pharmacies around the country. Maintaining a full service at all their pharmacies throughout the crisis, meant risk and confronting difficult patients for frontline staff.

“It’s amazing how visible the exec directors had to be during this time. I have done so many videos to my organisation. So, one… I was almost crying in one of them because I just really felt sad. What had happened was that I was driving into work and one of my colleagues messaged on a WhatsApp group, saying, “Can you believe it, a patient has thrown eggs at the pharmacy?” (probably because they weren’t open when they wanted or something like it, or they hadn’t got the medicine on time). And so, I called the pharmacy, I said, “Look:” I said, “Everything alright?” She gos,:“I’m so upset,” and she was crying. I said, “Look, that’s just one patient, you’re doing such amazing work, you’ve got to hang in there, I’m so sorry that has happened, are you okay? Do you need to just close for a few hours? Shall I send a cleaner?” I was not going to be able to see them, I was nowhere near. And then I did this video and I was telling the story about it and I got teary because I was thinking, “I understand that. I understand these people are putting their kids… they’re leaving their families, they’re going to help the community and then they get eggs thrown at them, it’s just heart breaking.”

In sum, for many leaders involved in the research, COVID was seen as the trigger for a different kind of senior leadership: one that actually reveals themselves as concerned human beings – not just vulnerable – but relating to employees, customers and suppliers on a personal as well as professional basis.

Seeing the human and the societal in front of you? Perhaps, on conclusion,  this is best summed up by a Nationwide director:

“We all talk about leadership and showing vulnerability and all of those kinds of things, but they’ve been – I don’t know – a bit more of a theoretical exercise than the reality of when everybody is feeling vulnerable and you’re living through extraordinary times, and that sort of rollercoaster of how you feel and where you get bursts of optimism about what the future could look like. Or how precious things are that you had taken for granted, and all of that stuff. Or just the honesty of going, “Some of it’s a bit crap. I feel a bit crap, and I’m no different from the rest of you in thinking, ‘I don’t know what to do. I’d like to do it differently.'”

To find out more about The Healthy Work Project,
please get in touch. 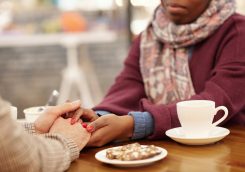