The past week showed me just how far conventional journalism is failing to understand how much the world has changed post-2008. On Saturday I read an unusually dispiriting feature in the FT by Michael Skapinker under the headline Business will shrug off our loss of trust. He concluded: “Business leaders may worry publicly about a loss of trust. But although that loss is often fully deserved, they usually find a way to shrug it off.” In a previous life I worked with Michael; I know him to be a decent person and an excellent journalist. But he seems to have succumbed to war-weariness. There’s only so much experience of corporate nastiness that one can stomach before a reflex cynicism sets in.

What his article failed to consider is that (I suspect) we are now in a post-trust world. It’s not just that big corporations who behave badly (such as VW to name only the latest example) have ‘lost’ our trust, but that since the financial crash we no longer have any confidence in the world of big capitalism, or those political parties that unreservedly back it. Anyone out there who thinks that Big Banks have really changed their spots? Not that we have yet evolved a universally accepted model of how our economies should be run differently.

But what is fascinating about this post-trust world is that there are a myriad conversations going on, many of them getting nary a mention in the conventional media, about how to arrange matters differently. And these conversations are largely being driven by younger generations who have been so badly failed by conventional capitalism. I suspect it wouldn’t even cross their minds to ‘trust’ big corporations. For them, ‘trust’ in that way isn’t even on the agenda. For them, the future is debatable in a way that it probably hasn’t been since 1945. The scales have dropped from their eyes.

Instead of placing trust in big corporations who have more corporate social responsibility statements than worms on a corpse – even today VW proudly asserts on its website “as far as Volkswagen Group is concerned, bearing its social responsibility has long been at the heart of our corporate culture” – there is a subterranean movement of gradually coalescing groups turning to trust themselves. Earlier in the week I was lucky enough to sit in on a breakfast discussion hosted by Jericho Chambers, at which the main speaker was Christian Felber, the founder of Economy for the Common Good (ECG). You can see him present his ideas on YouTube.

Like all brilliant ideas, ECG is breathtakingly simple (which is not the same as meaning easy to achieve). It’s all about turning conventional economics on its head. Instead of us all being driven by governments obsessed about gross domestic product, we need, says Felber, to adopt a holistic approach and ask how the economy can “be re-embedded with ethics, feelings, nature”. For him it is intuitively the “logical goal” to construct an economy designed not to make money but to achieve the common good. “Capital is not a bad thing,” he says: “it’s just the means to an end.” And the measure of a successful economy – contra all the teachings of conventional economists – is how far it achieves the goal of the common good, not to what extent it accumulates the means, money. “In the economy for the common good, a company would only be successful if it helps achieve the common good…and only responsible companies would survive” because the irresponsible will be shunned.

I’m as hard-bitten about these things as I suspect Michael Skapinker is, and I’ve long agreed with that crusty old devil Thomas Carlyle, the Victorian thinker who called economics the “dismal science”, except it’s only spuriously a ‘science’. But I was swayed by Felber’s arguments, and persuaded by the ECG’s growth, from 12 supporting small and medium sized businesses just five years ago to 1,900 businesses across 40 countries today, to think this movement might stand a chance of changing the future. The more revelations of cynical misbehaviour there are by big corporations, the more the generations behind ours will seek out new and better ideas. In any case it’s clear that the future is debatable; for that at least let’s give thanks. 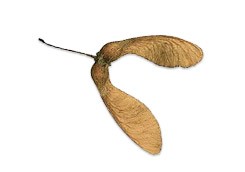