The first step is describing where we’d prefer to be heading rather than simply disagreeing with the route we’re taking.

2016 felt like a step into 1984. In the aftermath, the ‘liberal elite’, as we have conspired to label ourselves, has been at something of a loss. The stomach-churning lurch of Brexit was followed by another slump from Trump, and a whole body of supposed opinion formers found themselves strapped to a change curve. Denial, anger, then depression – I’m still waiting to enter the resignation stage… but hoping Trump gets there first.

But hope is not much use.

For me, Jericho’s What is to be done forum is a much-needed opportunity for each of us to channel our inner revolutionary – a platform to explore productive, positive ways forward. The first group convened on January 26th in a room that 30 years ago would have been filled with smoke. In many ways it was.

The group – 40 at most – was high on emotion but – once we’d got beyond voicing general dissatisfaction – lower on alignment. Everyone vehemently supported the idea of “doing something”, but opinions diverged on what that might be.

Having had time to reflect and talk further, I constructed a strand of argument that felt like it might be useful for distilling the essence behind what is going on, with conclusions pointing towards constructive action. At minimum this is a provocation that might help others find clarity in the form of something specific to disagree with, build on or improve upon.

So, what is the problem?

What have we learned?

What is a better destination?

I think there are some firm beliefs that we – the revolutionaries – share, and these need to be articulated clearly if we are to move forward:

This need for personal connection stems from a number of natural human strengths and weaknesses. As a species we are uniquely good at abstraction, at conveying an idea with a short-hand that we grow to recognise – like the colour red for stop. The downside of this is that short-cuts can be limiting. It may look like we are fully informed when we have certain information to hand – market research feedback, for example – but in fact we have only the thinnest of threads connecting us with the reality of the people being described. Inconvenient, or more nuanced, recommendations tend to be rejected because years of direct experience seem more substantial than the new information.

The benefits of management reaching out in person are profound in other ways. As a species we are designed to communicate fully when we interact face-to-face, which brings all our ways of sensing into play. In particular, in face-to-face situations our hormonal system (often forgotten, yet intensely powerful and instant in reaction) kicks in, giving us feelings we find hard to put into words – a gut feeling is often a literal description. This means that if leaders who are usually distant from the people they serve take time to meet customers first hand, what they learn is powerfully persuasive, richly detailed, and intuitive – and it sticks.

How do we get there?

Beyond them is a larger group, leaders who are sympathetic, with pent-up energy to take action and join in. What holds them back is fear – fear of looking stupid in speaking up, fear of failing by working in ways they aren’t yet skilled at, and fear of going early and attracting a lot of personal pressure when they also have families to support and lives to lead.

Hidden behind this fear are shared beliefs held by all kinds of people about what success looks like and how it can be achieved.  The anthropological term for this is the ‘discourse’, the mental mind-map that accompanies a group of people, not individuals (people go along with things in groups that they wouldn’t do on their own). These shared beliefs are unconsciously held and immensely powerful.

Changing collective beliefs is hard.  We are social animals and we try to fit in, not change the crowd. What can make a difference is the group collectively seeing something that challenges their assumptions, something real. People believe what they see with their own eyes, what they sense fully, not just what they are told. It is possible to start small. For example ‘immersion’ exercises that allow managers to meet customers and customer-facing colleagues in person, or hear stories from other leaders in organisations facing parallel challenges to their own, and where they have succeeded to some degree. The principle can apply on a larger scale, for example what we call ‘moments of belief’ in an organisation. These are like a moment of truth, where something from a different belief system, perhaps an initiative that is generous to customers and turns out to earn more business from them in return, is seen to work, encouraging another step in the same direction.

So I think our central task becomes deepening belief. We need to deepen beliefs that:

So what specifically do we do next?

To widen the reach of these concepts across our group of influential, like-minded activists (action and its effects being what is persuasive, not just thought and words), below are two suggestions as starting points:

The first suggestion is to test-drive these ideas, to learn and consider feedback from:

Make sure the resulting message is clear and simple. Then mobilise – share widely, using moments of belief from the past, and those being created continually, to fuel the revolution.

The second is to work out how more moments of belief can be created and to work widely with leaders of all kinds to promote action that embodies an approach that promotes togetherness, for people, starting with customers. We can start doing this by working in groups, where people’s business is already in some way pointing in this direction and where adding fuel in the form of confidence, contacts and a concerted push will shift us to a model where this kind of constructive and fundamental change can happen.

I look forward to discussing further!

Charlie Dawson is Founder and Partner at The Foundation, a consultancy that specialises in customer-led insights and growth. 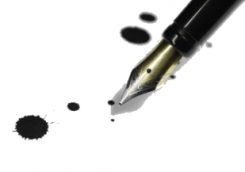