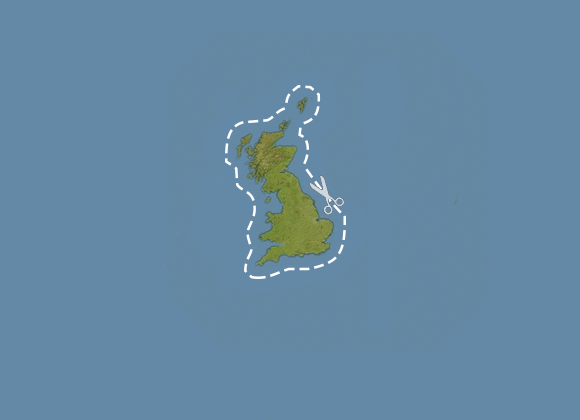 Three weeks in and how is Brexit going? The answers would depend whether you’re a HM government spokesperson, a Scottish fisherman trying to export langoustines to Spain, an M&S shopper in Paris in search of a sandwich, or indeed Mr Rod McKenzie, MD of policy at the UK Road Haulage Association who said on 18 January that: “The situation at Dover, and at the Irish ports, would be right at the top of the news agenda in any other year. What we have is a chaotic situation, which is deteriorating, based on a really small number of the usual amount of lorries that go over the Channel and over the Irish Sea to bring us goods, because everything we need comes on the back of a lorry.”

So, that’s all good, then. Control has been taken back. The UK is on its way to a new sovereign, independent status in the world. But what does the rest of the world make of what we have done in leaving the 27? Brexit began as a minority-interest neuralgia among a section of the Tory party in the UK (there was an anti-Europe faction within Labour including Tony Benn and Jeremy Corbyn) which developed into a national obsession. We could be forgiven for believing that the rest of the world has been waiting, filled with suspense, at the ructions that followed the Leave vote in 2016. The truth is that many don’t understand what we Brits were up to and many didn’t care that much. It’s been our 48/52 nervous breakdown. An ugly domestic fight which mystifies many observers.

“Brexit may be of great import to us but maybe not such hot news for the rest of the world.”

Brexit may be of great import to us but maybe not such hot news for the rest of the world. COVID is a much more immediate, pressing issue across the globe than the UK’s new adventure. So what is The View From Abroad as far as how the UK has dealt with the twin demons of Brexit and COVID are concerned?

In the latest in its series of podcasts supported by the investment bank Stifel and its European President Eithne O’Leary, Jericho Chambers Partner, Matthew Gwyther speaks to Eithne plus four experts to hear their feelings about the last year and what now lies ahead for Britain as it faces an uncertain future.

Ravi Mattu was born in Canada of Indian heritage and worked for a decade for the FT in London before being posted to Hong Kong where he is deputy news editor for Asia. Thus he is perfectly placed objectively to deduce what Britain and being British might mean post-Brexit. The FT has been probably the most anti-Brexit of all British media and Mattu questions the logic and veracity of the Leave argument. In his interview, he warns that the UK’s tortuous struggles over leaving the EU are greeted in Asia with a mixture of bemusement and indifference. “London’s challenges are now huge and it’s a very different place to the city in which I arrived way back in 1997.”

Sylvain Fort is French and has worked as a close advisor to his President Emmanuel Macron. What do the French – and especially Macron – really think of us Brits and the path on which we’re now embarked. “Well, we have an expression that you cannot spit in the soup [cracher dans la soupe] and expect it to taste good,” he says. Fort says that Brexit is a huge gamble, a bet that he would not have advised we take.

Lama Zaher is a Lebanese tech entrepreneur. She worked indirectly for the British government when she was a co-founder of the UK/Lebanon Tech Hub in Beirut, a good example of our soft power being properly exercised abroad. Life has been tough in Lebanon over the last year – the huge and destructive explosion in the Beirut docks in August, the country is nearly bankrupt and COVID is raging. And we think we have problems in Blighty.

Stephen Sackur is one of the BBC’s most experienced reporters and presenters. His Hard Talk programme on BBC World means he can hardly walk down the street in Islamabad, Mexico City or Dubai without being mobbed by admirers. Sackur has been based in Washington, Cairo, Eastern Europe and Brussels. He has a strong sense of how we are perceived by those from abroad. In his interview which ranges broadly across politics, Big Tech regulation, soft power and fake news he warns, “those die-hard Remainers who just won’t let go are on a one-way ticket to insanity.” 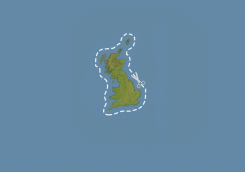