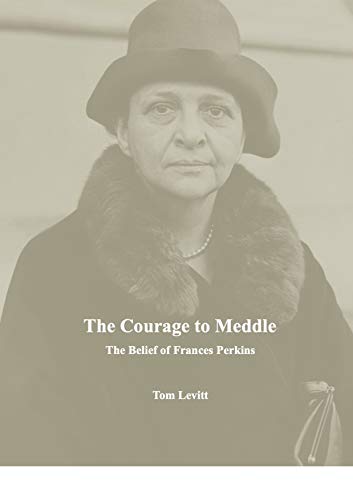 Most Brits, even of an informed, educated and liberal persuasion, have never heard of America’s Frances Perkins. Many Americans haven’t, either. Yet, as the most important female politician in any democratic country in the first half of the twentieth century, she inspired Elizabeth Warren’s bid for the Democratic Presidential nomination.

Today America has the toughest controls on child labour of any country. Its social security system (though not generous, 90 years on) is highly efficient. And its strategy for sharing available work after the depression of the 1930s, capping working hours and putting a minimum threshold underpay, lifted millions out of poverty and indignity. These were the creations of Frances Perkins.

From 1933 she was Franklin Roosevelt’s Secretary of Labor, the first woman to hold a Cabinet post, whose tally of 12 years in office was only matched by all the women who followed her, collectively, 50 years later. In fact, she’d been developing the New Deal, as the benign planned economy came to be known, for a third of a century before that.

At university (1898-1902) she’d studied factory safety and poverty pay. After witnessing New York’s Triangle Factory Fire, America’s worst industrial incident not surpassed until 9/11, she campaigned for fairness at work and in the economy. And she developed these ideas as Industrial Commissioner under two New York State governors. She took her ideas globally, rescuing the International Labor Organisation from Nazi oppression, promoting the welfare of Jewish refugees from Germany (against the tide of US public opinion) and convincing FDR and Churchill to create the United Nations on the model of her beloved ILO.

Why have we never heard of her?
Because she was not only a bureaucrat, an unelected politician, but a woman to boot.

Although Britain ran years ahead of America on industrial safety, and the US remains a significantly less safe place to work than the UK, we didn’t have a universal statutory minimum wage until 1998, the same year that a European directive gave us our maximum working week regulations. Frances convinced Roosevelt of the virtues not only of a minimum but of a living wage, an ambition thwarted by both the proud autonomy of the individual States of the Union and an unsympathetic  Supreme Court. Today’s Federal Minimum Wage in the US is half the value of that in Britain and only one state, District of Columbia has enacted the internationally recognised minimum of 0.6 times median pay. Her biggest regret was failing to bring in universal health insurance. When Lyndon Johnson launched the partial solutions of Medicare and Medicaid, shortly after Frances’ death, he attributed the idea to Roosevelt. FDR may have been the man behind the idea but the woman, thinker, planner, was Frances.

The New Deal represented a massive increase in public spending as a route out of economic depression, as Perkins advocated and Maynard Keynes studied from afar. This declaration of faith in the power of government as a force for good embodied a firm hand on the tiller after years of light touch. It was an early, if flawed, example of the social democratic ideal backed by popular consent. By World War Two most of what the New Deal could achieve was done. Funding shifted from the public good to preparing for battle. In her sixties and seeking retirement, Frances was persuaded to stay at the President’s side although her influence was reduced. She championed women in the workplace – Rosie the Riveters – to replace the men away fighting, a tide of change in the workplace which never fully waned.

Frances Perkins was a pioneer. She was at the forefront of a small wave of women who entered Government for the first time in the 1930s. Again, the war – men’s work – prevented that movement from growing and thriving but the fact that they were in middle age in 1933, and mostly from a small, select generation of graduates, didn’t help.

What is Frances’ legacy today?

Exploitative child labour is banned or highly regulated the world over but it still exists, often in the cruellest ways. As with factory safety, undoubted improvements in the consuming countries have pushed such problems down the supply chain to communities less capable of withstanding them. Witness the textile workers of Bangla Desh or the silica mines in China, the blood diamonds of Africa: our improvements have come at their expense. The sweatshops that powered the roaring twenties in America still operate, somewhere else, today.

Her achievements came at a great personal expense: her husband spent 40 years in mental institutions. She overcame hateful prejudice and fought off an attempted impeachment. Frances was a rounded, educated, tolerant, determined, skilful and influential champion of the poor and exploited. All of us – including those who’ve never heard of her before – should henceforth remember her.

Click here to buy The Courage to Meddle: the Belief of Frances Perkins by Tom Levitt 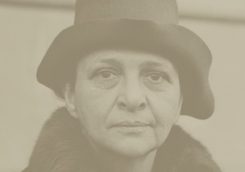