White men an endangered species? What world does Tesco chairman John Allan inhabit? When he commented that white men were now endangered by the rise of minority women, he may have thought he was indulging in a bit of witty banter. What he revealed was that he inhabits a time and a place far, far away from the rest of us – one where women aren’t disproportionately represented among the poor. One where they occupy their fair share of board seats or perhaps even one where their career prospects and pay are fair. If he does live in such a place, I want to join him — because I have never even visited this land of his.

You might feel inclined to cut Allan some slack if it weren’t that such ineptitude is sadly consistent with the upper echelons of TESCO management. The corporation already lost one chairman when it was forced to restate earnings – only to discover that it had been mis-reporting earnings for even longer than they knew. In addition, the company’s startling marketing strategy extended to misrepresenting its meat and vegetables; the quaintly packed produce labeled “Woodside Farm”, “Redmere Farms” turned out to come from places that aren’t actual farms at all. Before fake news, apparently, we got sold fake farms. When challenged about this strategy, one senior Tesco executive defended the strategy to me with the argument that “Sarah Lee wasn’t a real woman either.” Apparently the difference between the United States in the 1950s and the UK in the twenty-first century had entirely eluded Tesco so-called leaders. You could call this willful blindness.

If anyone in the business community wants to be trusted or even respected, they should care about this. 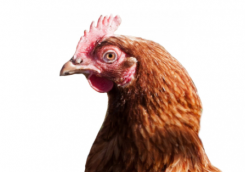