“What gets measured, gets managed”

The salience of Environmental, Social and Corporate Governance (ESG) has risen in recent years, with more focus being placed on Corporations acting in line with growing public, governmental and investor expectations. This has intersected with the continued rise of environmental campaigning and calls for companies to have concrete plans to cut their carbon emissions and working towards the goal of achieving Net-Zero status.

There is now growing interest in ESG investment metrics to help understanding and assess what constitutes an ESG compliant company. Concurrent with these developments have been ongoing discussions about taxation and increased awareness that tax planning is an ethical issue that cannot be separated from a company’s wider ESG agenda.

With this in mind, in June 2021, The B Team, in partnership with KPMG International and Jericho, convened a roundtable of corporate tax leaders and investment experts to discuss how tax could be incorporated into the ESG agenda, which metrics should be used to analyse a company’s tax practices, and whether there is a road map with intermediary steps, between the current statutory reporting standards and a more comprehensive country by country approach. This is a write-up of that conversation, held under The Chatham House Rule – which means we can report what was said but not who said it.

This was a first exploratory meeting, the expectation is that we will dive deeper into more of the detail with a growing and wide-ranging group of stakeholders – the outcome being analysis, context and ideas that can help form a more effective and inclusive journey towards appropriate global standards for tax reporting.

The rise of tax reporting standards, and proposals

The demand for Mandatory Tax reporting standards is increasing, with a plethora of proposals at both national, regional and global levels. It is open to debate which standards are the most rigorous, easy to implement and provide the best quality of information for governments and citizens.

In 2019 the Global Reporting Initiative (GRI) released GRI 207, a comprehensive proposal and first standard for measuring tax transparency. Some contributors to the roundtable had concerns that GRI 207 was overly bureaucratic and subsequently, only a handful of companies had signed up to the standard. Last year, The World Economic Forum (WEF) suggested its own framework that companies should publish their total tax contribution. There are hopes that COP26 – and the planned launch of a new International Sustainability Standards Board – could lead to a baseline tax reporting standard, which might provide stepping stones for companies to follow.

Polling data has revealed a clear direction of travel, towards some clearly identifiable standards of tax reporting, and it’s increasingly a data point of interest to investors. One contributor linked the topic to a broader conversation around governance and the way in which board-level responsibility and interaction is much better appreciated by investors; part of this must encompass board involvement in tax strategy.  A further point made on the issue of tax reporting as related to governance was one of exposure – some companies report how exposed they are to climate change risk. Can we ask how exposed companies are to changes in the tax system? Another contributor stated that you cannot disconnect a business’s fundamental ethos, and ESG agenda, from their tax strategy and vice versa.

A key barrier to adherence to voluntary tax reporting standards is the fear that it would put compliant companies at a competitive disadvantage, thus dissuading investment and growth.

One contributor stated that their company was committed to releasing its country by country tax contributions but not its sales because of fears around competitiveness. Another attendee of the roundtable from a different sector countered that the market share of most businesses is generally fairly well known and that they are unconvinced that transparency would really affect competitiveness.

One attendee also noted that their attempt to adhere to GRI 207 meant that they were subject to press attacks and allegations that they paid insufficient tax because they released their tax contribution – unlike most companies in their country. There was general consensus that a mandatory standard would establish a level playing field and negate some of these concerns.

A predominant business culture can also affect the way in which corporations are willing to report their tax matters; polling from a recent KPMG webinar on Transparency reveals that Europeans are more likely to be willing to comply with tax transparency while those in North America are less inclined, with more acute concerns about privacy and competitiveness. This is also an issue for some privately owned businesses in Germany as well as unlisted companies for which obtaining data is far more difficult.

The need for a narrative

A simple headline number for national or global tax contribution can often be simplistic and mislead rather than clarify. It’s important for companies to develop a narrative and to be unafraid of explaining their tax strategy.

Companies that pay more tax do not necessarily have a better ESG performance, as the tax take can vary for a multitude of reasons. One contributor noted that tax incentives can be very important for companies and companies shouldn’t be shy of explaining why they’re using them. This must be brought into a broader narrative of why and where companies are paying tax.

There’s also a need to bring all companies including those at the cutting edge, into the process – challenging nonparticipants with more ‘traditional’ views of business or those who work B2B and thus don’t experience consumer expectations. It’s vital to explain that it is not necessarily about paying more tax but providing clarity about why and where you pay tax. A contributor stated that public understanding of tax – and its complexities – was lacking and that corporations needed to do more to explain it.

Key Questions and Next Steps

The Roundtable was attended by: 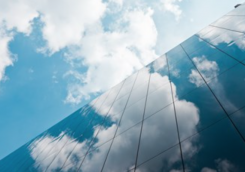