“Civil society” is not a homogenous group. Even between organisations working together under the banner of tax justice, there is disagreement on detailed analysis of problems and solutions.

But I think it is fair to say that we do share a relatively straightforward understanding of the problems we are trying to solve:

So from a civil society point of view, the problems of tax justice are relatively simple. But, of course, an activist’s “simple” may be a tax expert’s “simplistic”.

Debates rage over the size of the problem. How much money is really “lost” through tax avoidance, and how should we define avoidance vs. evasion? Would proposed solutions actually work? Or would they lead to unintended consequences?

These technical debates are important and they do need to be based on facts. As civil society organisations we know that we need to be on top of such debates, contribute to a shared body of evidence, and draw on available facts, as accurately as possible, in our responses and proposals.

Whether as individual organisations, as part of coalitions such as the Financial Transparency Coalition or through support to independent bodies such as the BEPS Monitoring Group or the Independent Commission for Reform of International Corporate Taxation (ICRICT), civil society has contributed a great deal to the global body of research and to technically focussed debates.

But we also believe these discussions risk becoming irrelevant if they take place in isolation from a broader understanding of the reasons why the tax system is under such scrutiny, and why there is broader dissatisfaction with the financial system.

One of the key reasons people do not believe the system works for them is not a lack of facts. It is a lack of trust. “Fact based” debates will only lead to change when they take place in the context of trust. People need to trust those that present the facts, and trust others to use those facts to enact change. And yet surveys show we are experiencing a collapse in trust in the institutions that shape our society, whether governments, business, media or NGOs.

That is why, for much of civil society, transparency must be a starting point and a core principle. Not just an ‘add on’ to other actions. Without increased transparency there will never be increased trust. And without trust, all the facts in the world are unlikely to make much difference in public perception. Every new revelation helps to undermine trust in the tax system. The LuxLeaks scandal demonstrated the way that companies and governments negotiate behind closed doors. The SwissLeaks and Panama Papers scandals revealed the lengths to which the rich will go to keep their wealth secret. The Paradise Papers merely build on this. These revelations have contributed to a steady build-up of cynicism in the public mind, which will not be easily or quickly forgotten.

In recognition of the importance of transparency, civil society organisations across the globe have campaigned relentlessly for policies related to transparency, such as public country-by-country reporting and public registers of beneficial ownership. And some notable successes have already been achieved. It was civil society action that led to David Cameron putting tax and transparency at the heart of the G8 meetings in Lough Erne in 2013.

There is another aspect to the problem that surprisingly often gets overlooked. Which is that those involved in the tax justice debates (whether civil society, business or ‘experts’), are not always honest and clear enough about what outcomes we want the tax system to deliver. This means discussions can happen at cross-purposes and providing more facts and more transparency may still not lead to the level of change expected. 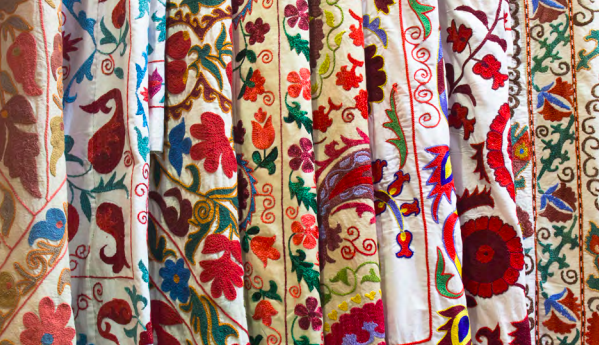 Standard responses to new revelations and accusations of tax-related wrongdoing usually include both the claims that no action was undertaken beyond the bounds of the law, and that the practices revealed are widespread and normal. In more than one case, the response (behind closed doors) from representatives of company tax departments to a new ‘exposé’ has been genuine puzzlement as to why anyone would see the behaviour as problematic. How can it be wrong if everyone is doing it? When viewed from this perspective it is easy to see a solution in simply providing more facts. If only people could just appreciate better how things really work then they would understand there is nothing blameworthy to see.

There is also the regular complaint that ‘tax evasion’ and ‘tax avoidance’ are muddled together in the public mind and should be treated differently. Technically, of course, this is true. But the conflation of avoidance and evasion in public perception is not just about a lack of understanding that can be resolved with more facts. It reflects the reality that, very often, the perceived fairness of the outcome matters more to people than the legality. If people believe that a system is providing an unfair advantage to those that can afford to use it to their maximal advantage (and indeed those that helped to create it) then they will not care too much whether the actions are legal, illegal or somewhere in that grey area between. They just see an unfair outcome, from an unfair system and demand that something happen to change that.

As campaigners regularly remind those of us working on policy: ‘facts are important, but you can’t change people’s minds with a fact’. For much of civil society, the discussion on tax is primarily a moral one. Some of us are more explicit about this than others. A good example of civil society reflecting the moral aspects of tax policy was seen in the Philippines, when a group of organisations campaigned successfully to raise taxes on tobacco and alcohol under the banner of ‘sin taxes’. In our 2014 publication Tax for the Common Good, Christian Aid unapologetically explored questions of tax justice from a theological and moral foundation. We believe that this has helped us get to the heart of the debates and to explore the questions that matter most. What responsibilities do individuals and companies have towards the human community that sustains them? What does a good and just society look like and what role does tax play in that?

In conclusion then, we can, and should, root our debates in facts. Facts are important and the more of these we have available the better. But it would be very naive to believe that more facts are all that is needed to find effective solutions and to change the public perception that something is rotten in the state of our tax system.