The environmental, social and governance (ESG) agenda is top of mind for many companies and tax reporting is one area which can serve to bring ESG practices to life.

At the moment there is a dilemma that, on the one hand, some companies consider existing standards for country-by-country type disclosures (e.g., GRI 207) are too challenging, while on the other hand, disclosures required by accounting standards are too high level to give much meaningful information on a company’s tax profile. The B Team, KPMG International and Jericho Chambers have therefore started to focus attention on how to arrive at an approach, or possibly certain tax metrics, to support ESG goals which could gain wider buy-in and encourage a critical mass of companies to become more tax transparent.

To begin the conversation, a group of corporate tax experts and investors were convened earlier in the summer to scope some of the issues — a short report of the event can be found here.

In December 2021, we gathered to take the debate further and bring in corporate ESG reporting leaders, along with civil society, corporate communications, and investor relations specialists to deepen the conversation from the ESG angle, and to examine possible steppingstones and metrics that could help companies on a journey towards more effective ESG tax reporting. The event was held under the Chatham House Rule and was attended by 16 participants.

Following this discussion, the plan is to dive deeper into more of the detail with a growing and wide-ranging group of stakeholders, including rating agencies, investors and then the standard setters before a think piece is published on what was heard and learned in the new year.

The roundtable explored the apparent paradox that while some stakeholders want to see more data before trusting what a company says about its tax position, complex tax data can create misunderstanding, debates about what it means and questions about its accuracy — driving a greater mistrust. It was thought that data alone would not overcome the trust deficit and tax disclosures, and ESG disclosure in general should not be about a tick box disclosure mentality, but about engaging with stakeholders to explain a company’s role in and contribution to society. Tax can be seen as a key link between a company and national well-being. So, while it is a cost to be prudently managed, it is also a contribution to society. Participants could not identify one simple metric to demonstrate an ESG-driven approach to tax, but thought companies needed to set out their approach to tax and back this up with a simple presentation of key figures followed by detailed data with adequate explanation and context. While explaining the data can be challenging, the issue is to find out why and look for ways to make it accessible. The journey towards greater transparency would involve taking incremental steps along such a path.

One of the big debates right now is the tension between ESG and purpose, and whether ESG alone is advancing a reporting mentality instead of an intention mentality. While there might be agreement that there needs to be consistency in reporting, the bigger picture concerns what a company says it will do and what it actually does. In general, it was thought there is a trust deficit between business and society; companies don’t get the benefit of the doubt but rather are guilty until proven innocent — particularly when it comes to tax.

When society asks a company to produce a Country-by-Country Report (CbCR), is this really saying, “we don’t trust you”? If that’s the case, there is a bigger issue than tax numbers at play.

Therefore, ESG needs to be used to work towards building trust which involves explaining the purpose and role of the company in society. It was suggested that tax is the key link between a company and national well-being. For any tax metric to be meaningful, companies need to explain their approach to tax and their strategy — matters such as the use of incentives and transfer pricing methodology and the role of tax in creating a sustainable business and a stable society in which people can prosper.

To restore trust, people want to see proof that tax policy actually results in tangible and verifiable outputs. That the purpose matches the action and the outcomes.

Can metrics solve the trust issue?
Is Country-by-Country Reporting the best way to get where companies want to go?

CbCR is often hailed as the gold standard of tax reporting. It is an important piece of the transparency agenda and, ultimately, is intended to help drive a stable and fairer business environment where multinational companies contribute back to the societies in which they operate. However, CbCR is complex and onerous for companies to produce and is potentially inaccessible to non-tax experts and can lead to misinterpretation and misunderstanding.

It was pointed out that a company could make a full disclosure about their approach to tax, strategy, application of transfer pricing, use of incentives, relationship with tax authorities and control environment, etc., but certain stakeholders might still want to see the data as they do not trust that the explanation converts into tangible results. Put another way, they may say, “your approach looks fine so can you show us the figures to prove it?”

This raises the question that if the real issue at play is trust in what organizations say they will do versus their behavior, is there a better tool to use, particularly for the ESG environment? Is there a step before a full CbCR that could help reassure stakeholders that tax practice is following tax principles? However, it was thought it is likely that there won’t be one simple metric which everyone can agree on — if there was, it would probably have been found by now.

It was suggested that voluntary CbCR has indeed improved trust in certain companies. However, it is perhaps not the data itself that has built this trust, per se, but rather the engagement, conversations and relationships that have only been made possible by companies providing comprehensive tax transparency. Core to this is following through with what a company says it is going to do. It is the engagement and broader ESG commitments, rather than the reporting, which truly builds the trust. Nevertheless, reporting is a prerequisite to the engagement.

Context is King
Standardisation vs. Mandating

It was thought that companies should try to communicate their approach to tax in an effective, clear, open and transparent way.

It was argued that some kind of standardization of tax reporting — even on a voluntary basis — could be more helpful than mandating the disclosure of certain data. While mandating certain disclosures has its place, encouraging contextual information means including a proper explanation rather than data alone, which might not tell the correct or full story.  There was also a concern that mandating could lead to a “tick box” mentality.

Contributions vs Burdens
Can companies tell a different story internally?

Often, tax is discussed as a burden, not a contribution. If company culture is embedded around how tax can contribute to a healthy and functioning society, it becomes something to be proud of rather than minimized in any way that is legal.

It was noted, however, that, while tax can be considered as a contribution to the society in which a company operates, it is also a cost. While the task of a tax director is not necessarily to minimize that cost in any legal way possible, it is necessary to manage tax risk — e.g., to know how much needs to be paid and when, how to deal with issues such as double taxation, and to estimate the possibility of either a challenge by the tax authority or a change in law.

There was a suggestion that, despite the obvious differences, tax could be looked at in a similar way to, say, salary costs. Most forward-thinking companies want to remunerate people well (not excessively, but in a way that can be considered fair). Therefore, they do not only pay the minimum amount prescribed by law. Nevertheless, they do have to manage their payroll cost. Could tax be looked at in the same way — as a cost that does also create value (like salaries) and which does need to be managed prudently, but which does not have to be reduced to the bare legal minimum using any lawful means?

Perhaps tax can be looked at as a cost and a contribution to society and these are not mutually exclusive?

Move from defensiveness to engagement
Openness, vulnerability and education

It was suggested that to build trust, the tax department should be engaging more publicly. This means not only trying to meet certain principles, but also receiving feedback from a wide range of stakeholders, including investors, non-governmental organizations and non-aligned parties. Such communication would likely require cooperation between tax, communications, public affairs and investor relations experts.

Often, challenges and mistrust are based on misinformation or misunderstanding. There is a role for tax advisors, professionals in the business and universities to bring out the right message around tax and trust.

There seems to be a paradox — if a company publishes a tax strategy, some stakeholders will still expect to see how much tax is being paid in each country as proof of how it works in practice. Data is sometimes demanded as a trust factor, but on its own it cannot build trust. So how can a company start to build trust and engage before publishing the data to properly reflect and explain the strategy?

It was suggested that three pieces of the puzzle are needed:

While number three can be challenging to achieve, the key is not to abandon the data but to find out why it is difficult to understand and discover ways of making it accessible.

This could form the basis for an incremental approach — a company could start with number one in the first year and then enrich that and move to numbers two and three later. 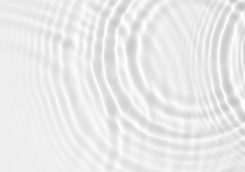