I am not yet 12 months into the position of Global Head of Tax for KPMG International, and find my views of global tax, or the globalization of tax, evolving quickly.

I happened to hear Nader Mousavizadeh, author and speaker on geopolitical and macroeconomic issues, and former special assistant to UN secretary general Kofi Annan, give a key note address at an event in Prague recently. He made me stop and think about the realistic possibilities for more responsible tax policy at a global level and ask the question, “can we find harmony and cohesion in a world of fragmentation and competition?”

I came to this job from a UK and then Europe & Middle East role where, with other colleagues, I helped develop the idea of responsible tax for the common good. It was a process based on clear principles and an open and empathetic practice – involving and engaging with all key stakeholders no matter how critical they might have been. We actively embraced disagreement and dissent in order to build a new and more relevant dialogue.

Moving into the global role, the idea was broadly to see if the same process could be successfully replicated at a worldwide level – a difficult task given that there are no clear institutions to enact global legislation. But out of the OECD, the UN, WTO, World Bank etc., – something could be fashioned, given the will and ambition.

Step forward Nader Mousavizadeh who outlines what he calls Globalization 3.0. His thinking may be the key to unlocking the problem.

If Globalization 1.0 was “imperial”, best characterized by the British Empire, so Globalization 2.0 saw the emergence of the global institutions mentioned above, developed in the 20th century and whose growth accelerated after 1945.

Globalization 3.0 is a dynamic new phase that instead of integration and uniformity, suggests protectionism, populism and nationalism as the key drivers. In some ways, this is counter-intuitive. In the future, Mousavizadeh suggests there will be different models of globalization running in tandem in terms of values, power and interests. He suggests we could see, for example, the development of separate and competing internets, forms of cash transactions, trade and presumably tax – based on bilateral deals and fragmentation, not universal conformity.

One speech in and of itself might tell us little or a lot. But the observations of Mousavizadeh resonated with me precisely because of first Brexit, then the Apple/Ireland case, and lastly, the result of the recent US election. All feel relevant to the kind of globalization described by Mousavizadeh – as he says an “archipelago” of competing interests, in search of a new balance.

Does this mean, in a fragmented, competing world, that we cannot have global tax standards? Certainly not. But it does mean that we need to be aware of the emerging different models of globalization and the tensions between them.

Our world is much more unpredictable and complex, which is why some of the post-1945 legacy institutions seek renewal. Just as some forces are driving countries, continents and corporations apart, others, such as technology and a globalized sense of cosmopolitanism, are drawing us closer together. In an increasingly messy landscape, there are many polarities and paradoxes that our Global Responsible Tax goals must now seek to navigate.

Jane McCormick is Global Head of Tax, KPMG International, and a Jericho Chambers client. The global website for the Responsible Tax initiative goes live later this month. A case study of the Responsible Tax project is available here on the Jericho site. 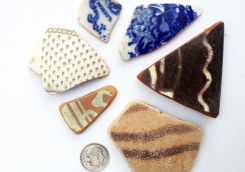