The Referendum encapsulated them all – those special features of British democracy for which it is renowned: primacy of the ballot box, our Mother of Parliaments; first-past-the-post, winner-takes-all electoral system, the gladiatorial, confrontational style of debate…

Yet, ironically, as May establishes the new Cabinet around her, she is installing a much more Continental-style of government than her predecessors as she brings together opposing camps, keeps her enemies close and vanquishes only the visibly failed, the Despised Notting Hill gang and their loyal followers.

She recognises that her biggest challenge – the Exit-From-EU negotiations – will have to be played, not by the time-honoured British rule of “he who shouts loudest”, but by those demeaning, debilitating Euro-games of haggling, horse-trading and compromise.  If not, the result will be at best stalemate (not her style), or at worst a massive economic meltdown for the UK – and possibly the whole of Europe. As I ventured in my Jericho article in the Spring, the Referendum is “Not the End of the Affair” between the UK and EU, so damage limitation for all parties is crucial.

Yes of course she has put Brexiteers in the front line. A sensible ruse to make them responsible for delivering on their extravagant Referendum promises and explaining to their incensed followers if (when) they fail. But around them in the Cabinet is a sufficient phalanx of Remainers, and, even better, reluctant Eurosceptic Remainers (of which she was a prime example), to shore up and salvage the process for achieving a sensible compromise.

For that is what it will be.

Just as the Coalition government was a first exercise in consensus politics, with the Lib Dems reining in the more extreme urges of the Conservatives, so the Eurosceptic Remainers will force some realism into the exit terms when the visionary Brexiteers hit the brick wall of EU resistance.

Let’s be honest, when the memoirs are written my bet is we shall discover that few of the events of last few weeks were an accident – my hunch is that there was a deal with Merkel who would do business with no-one but May. She knows that the neutered Foreign Secretary is a sop to Brexiteers – the real Brexit business will be ground out elsewhere. He will be despatched abroad, out of harm’s way, to use his effortless charm to eradicate his gaffs and play Chief Marketeer for Great Britain as he did for London – with who knows what real returns.

So ironically, as the Brexiteers cheered to be returning Britain to its time-honoured democratic system, the new Prime Minister is setting up a rather Euro-look government to deliver Brexit – or a compromised version of it that none of us can yet predict. 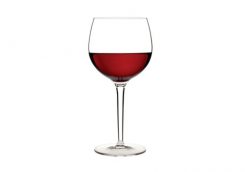