I’m sorry, I will answer this question of what I love, but first we need to know what we’re talking about. “We love you Arsenal,” we sing from the terraces of the Emirates Stadium. We may reasonably infer that this sentiment is distinguishable from our love for family and friends (though many a Gooner widow may wonder which is the stronger urge).

And so we’ll conflate, with the same word, our love of a restaurant or holiday destination with the act of a parent who gives their kidney to a sick child, or the teacher who throws herself between her class and a gunman.

It shouldn’t matter much, but it does. Take gay marriage. Wherever you’ve decided to stand on the subject, the rhetorical question “why shouldn’t two people who love each other get married?” is insufficient. Because nowhere – in the religious or secular rites – is love said to be a sufficient purpose for marriage. So it’s a category error.

I’ve tired of trad-jazz, Top Gear lookalike, hand-wringing communications consultancy, which all too often amounts to blowing smoke up the backsides of the “powers and principalities” of late capitalism

It’s the most defining of human capacities. But we still need to know what it is. CS Lewis of Narnia defines Four Loves (the name of his 1960 book): In Greek, storge, philia, eros and agape – or affection, friendship, romance and unconditional love.

Endlessly engaging as the first three are, it’s the last where the real action is. And while we may know something of the first three (if we’re lucky) it’s probably the fourth of which we know the least. That’s because it’s endlessly mysterious and we’re entitled to give up. But Augustine of Hippo had a damned good crack at it in the fifth century.

For dear old Gussy, this kind of love is about “recognition” – that is, recognising in someone or something a pattern of goodness or justice that we already know within ourselves as the source of our own judgement. This has little or nothing to do with the kind of ego-driven desire we experience in the business world and which may often be confused with authentic agape.

Yes, St Paul lists some of the qualities of this authentic agape (caritas in Latin, which is why it has often been translated as “charity”), as m’learned colleague Martin Lambie-Nairn relates here. But the bit of the scriptural passage he omits is that we only, in this life, see it “through a glass darkly”. M’other learned colleague Christine Armstrong gets much closer to it through the transcendence of ordinary familial moments – through heart not head.

So, time’s up: What do I love? I love the sense of that recognition of which Augustine speaks in everyday life. And I love that everything is accountable to it. I love accountability.

That’s why, unlike many of my colleagues, I’ve tired of trad-jazz, Top Gear lookalike, hand-wringing communications consultancy, which all too often amounts to blowing smoke up the backsides of the “powers and principalities” of late capitalism, however well-meaning its intentions. At their best, parliamentary democracy, its co-extensive legislature and the “fourth estate” of journalism do something different – they hold us to account to that recognition of Old Gus that there is an infinitely bigger and better way to human endeavour, of which we only get the occasional glimpse but which, in caritas, is also infinitely worth the pursuit.

For those glimpses and for much else besides, I love St Augustine of Hippo too. 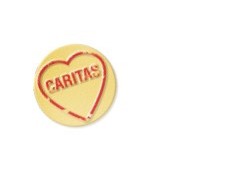