Smart City idealists envisage a hyper-efficient future in which AVs and IoT technologies make traffic jams and other irritations little more than historical curiosities. Is this reality or fantasy? Does the answer to congested cities lie in hyper-loops or buses, ultra-modern technology or good, old-fashioned logistics?

The article and podcast are based on a roundtable discussion, convened by Go-Ahead Group CEO David Brown and Jericho Chambers on 24 November 2017. 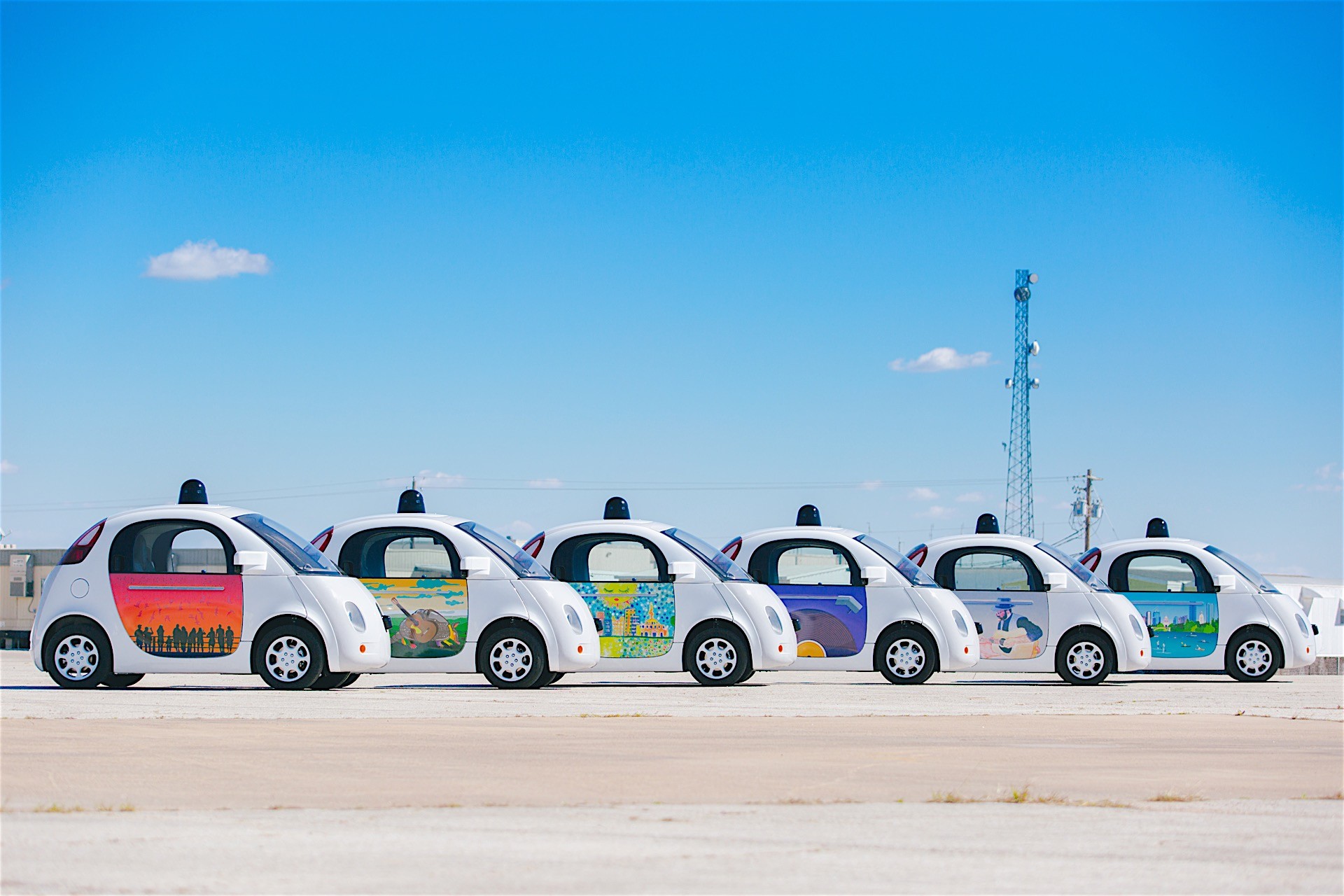 Would you have said any city with which you’re acquainted is a genius? Does Belfast have a higher IQ than Bradford or Bath?

Cities are getting smarter quickly, even if many are yet to get noticeably brainier from a user perspective. Cyberville is on its way to a metropolis near you. Many of the digital advances are going on behind-the-scenes rather than in areas inhabitants can see, touch and use. Who outside the rarefied world of urban planning, for example, knows what a ‘split cycle offset optimisation technique’ (SCOOT) is? (It’s the automatic adjustment of traffic signal delays to adapt to traffic conditions as enabled through under-road sensors. Smart traffic lights.)

Jericho Chambers and Go-Ahead recently convened an expert panel to discuss the question ‘Is there a smarter approach to moving cities?’ The panel included, among others, representatives from Department for Transport, Citymapper, Arup, Go-Ahead Group, Southampton City Council, Nesta, Siemens and Cubic Transportation Systems Ltd. The discussion was conducted under the Chatham House Rule which helped everyone present to express themselves freely. A full list of attendees is available at the end of this article.

Cities have been using data in various forms for many years—the old style bus inspector with his clipboard was a data processor. But the thoroughly modern business of civic analytics is quite recent, brought in by a host of technological changes. Among these are: the phenomenal rise of cloud computing, which has rapidly lowered the cost of storing information; new ideas in machine learning, which have enabled analysis of all those terabytes of data; the rise of The Internet of Things, which, through the use of less expensive sensors, can now measure everything from air-pollution levels, traffic or even the movement of people through transport systems. Finally, there is the explosion of smartphone apps such as Citymapper which enables citizens of cities to leverage this data to help them move around more easily. 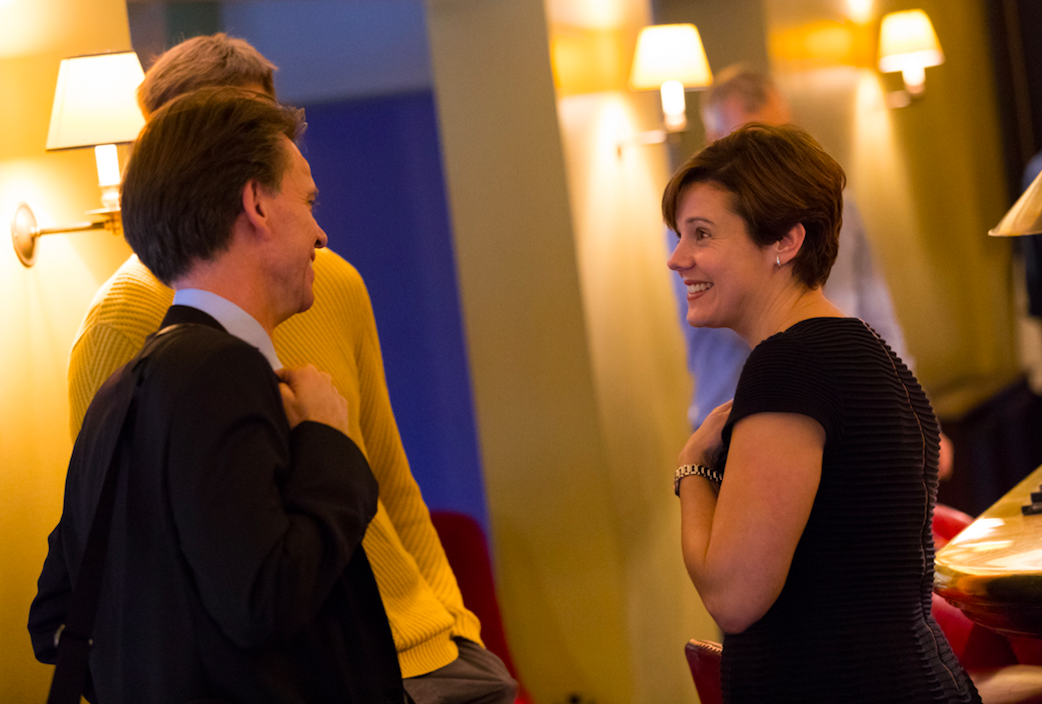 The paradox is that the more successful the city, the more it attracts new members and the more likely it is to suffer problems as its growth outpaces its ability to cope, especially in the area of infrastructure. Cities that are shrinking are often defined as failures. But those who plan, govern and organise transport in cities are often caught playing catch-up because very few cities anywhere in the world are designed from scratch with the goal of maximal efficiency, and there is always a lag between investment and new member choices.

In the early days of the internet it was mooted that the lure of cities would lessen as workers were able to remain in rural areas and conduct their jobs either from their homes or from non-city areas. This hasn’t really occurred, as any long-distance daily commuter will tell you. 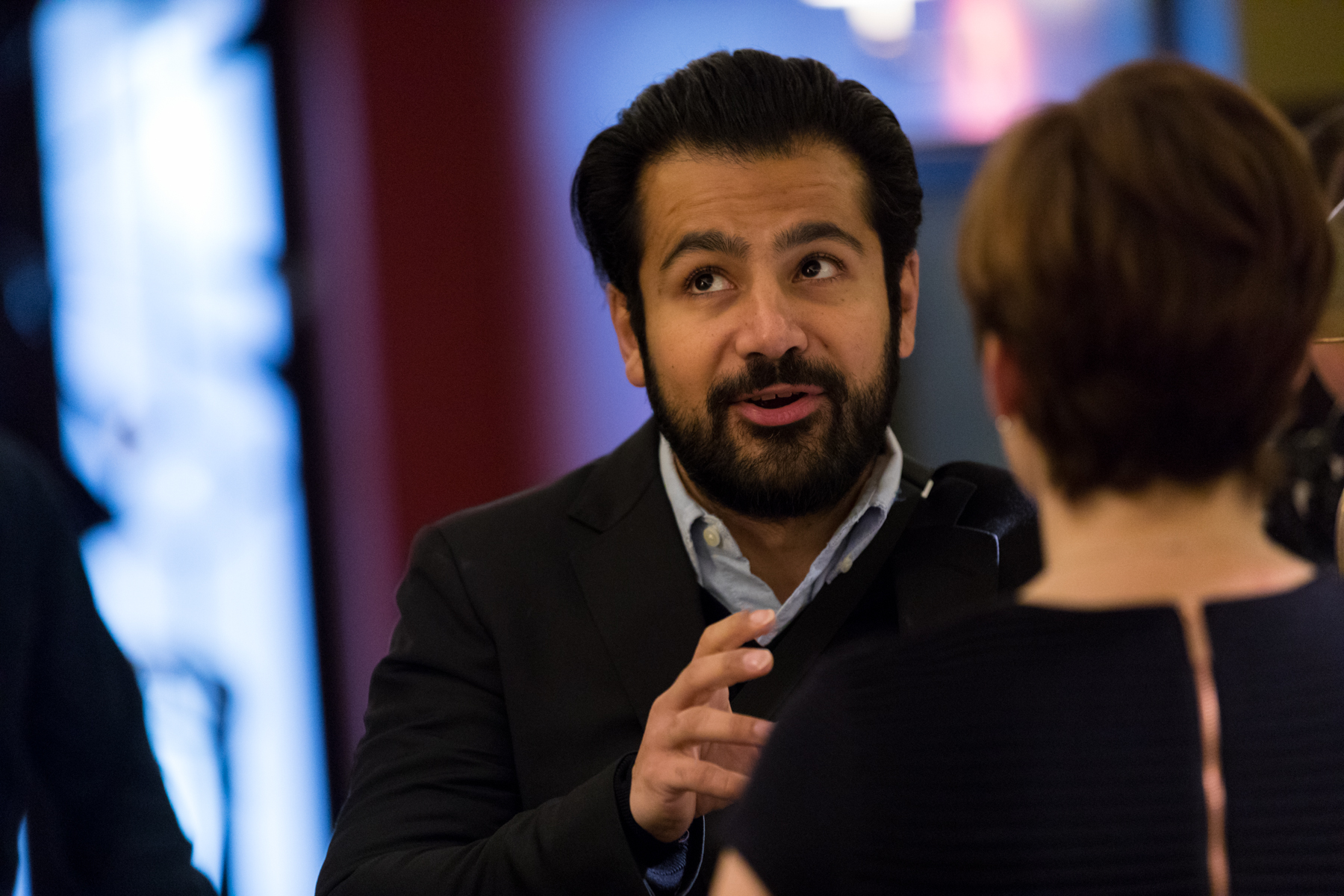 Charles Leadbeater has given the design of cities—past, present and future—a lot of thought. ‘I don’t know how modern cities can be built around singularity,’ he says. ‘Mobility in cities has to be collaborative. People have diverse needs and require different methods of getting around. You must have mixed solutions for transport including walking, cycling, buses, trams, big trains. Each mode competes for space but there has to be complementarity.’ But what about efficiency? ‘Certainly they need to be systematic, but they need to be empathetic. We cannot allow cities to be driven by data and technology. That is the route into the arms of Google and monotony. Character in a city is far more important than intelligence. Who wants the 8-lane-highway craziness of Dubai?’

“We cannot allow cities to be driven by data and technology. That is the route into the arms of Google and monotony. Character in a city is far more important than intelligence.”

One can see what he means.

Most cities came about through centuries of ‘messy’ organic development. They developed their own idiosyncratic forms created by groups of humans who came together to live in them and proceeded to co-exist—not always in complete harmony. Older cities are rarely designed. There are many Smart City gainsayers, such as Professor Richard Sennett who complains that the concept of smart cities ‘can deaden and stupefy the people who live in its all-efficient embrace.’

The most contentious of Leadbeater’s ‘singularities’ is the driver of the private car. There was agreement among many panel members that both the private car driver and the internal combustion engine were likely to be on the receiving end of plenty of heat in coming years.

One thing that new technology makes a serious possibility is road-pricing. You rent out your patch of the road by the number of square metres you fill and the amount of time you spend on it. In many cities drivers have already been ‘softened up’ by congestion and emission charges and dynamic road pricing is seen by many as a natural step forward from this. It would, however, be a very tough political sell at mayoral or national governmental level, even if the efficiency gains are very clear.

In recent years autonomous or self-driving vehicles (AVs) have been pitched by the automobile industry as the smart way forward. Although billions are being invested in them both by established car manufacturers and upstarts such as Google or maybe even Apple, AVs make many people nervous. The fatal accident suffered by Tesla in California while testing the beta version of their autopilot system did not help matters. It ran into the side of a lorry. There are some whose attitude towards driving remains that it was a really good idea that the first non-horse drawn vehicles had to be preceded by a man walking in front and waving a flag. Tesla has stated that this was the first fatality in 130 million miles of its cars driving themselves, whereas in the US the average for road deaths is one every 94 million miles. (And in the developing world the stats are far worse than that.)

But how will AVs cope with busy cities filled with lots of people crossing roads and not obeying the rules of the road. Would a self-driving car make it more than a metre down Shaftesbury Avenue in the middle of the day?

Certainly David Brown, the CEO of Go-Ahead Group has concerns about the AV world: ‘Are they really a good idea for cities? Should we be prioritising individual personal journeys?  I’m all in favour of technological advance but not every disruptor is automatically good for cities. Certainly I’d question those which cannibalise the mass transport networks and move people into vehicles that only carry a single person because, as you’d expect, I believe it is of vital importance to keeping cities on the move, and that requires fewer, not more vehicles.’

“Should we be prioritising individual personal journeys in AVs? There must be a better way of doing it.”

In the meantime, while Brown accepts that cities are changing through tech, he maintains the importance of remembering inhabitants’ needs. He doesn’t buy into the fetishisation of data. ‘The most encouraging message is that it’s all about people,’ he says. ‘We have to adapt to all technologies that exist. Collaboration between private and public sectors is vital. There is also the question about the role of freight. So many vans are now delivering internet-purchased and corner-shop goods to individuals… It’s a big negative and a hugely inefficient use of scarce road space. There are better solutions for the greater good. The consolidation of goods delivery would minimise their disruptive effect.’ 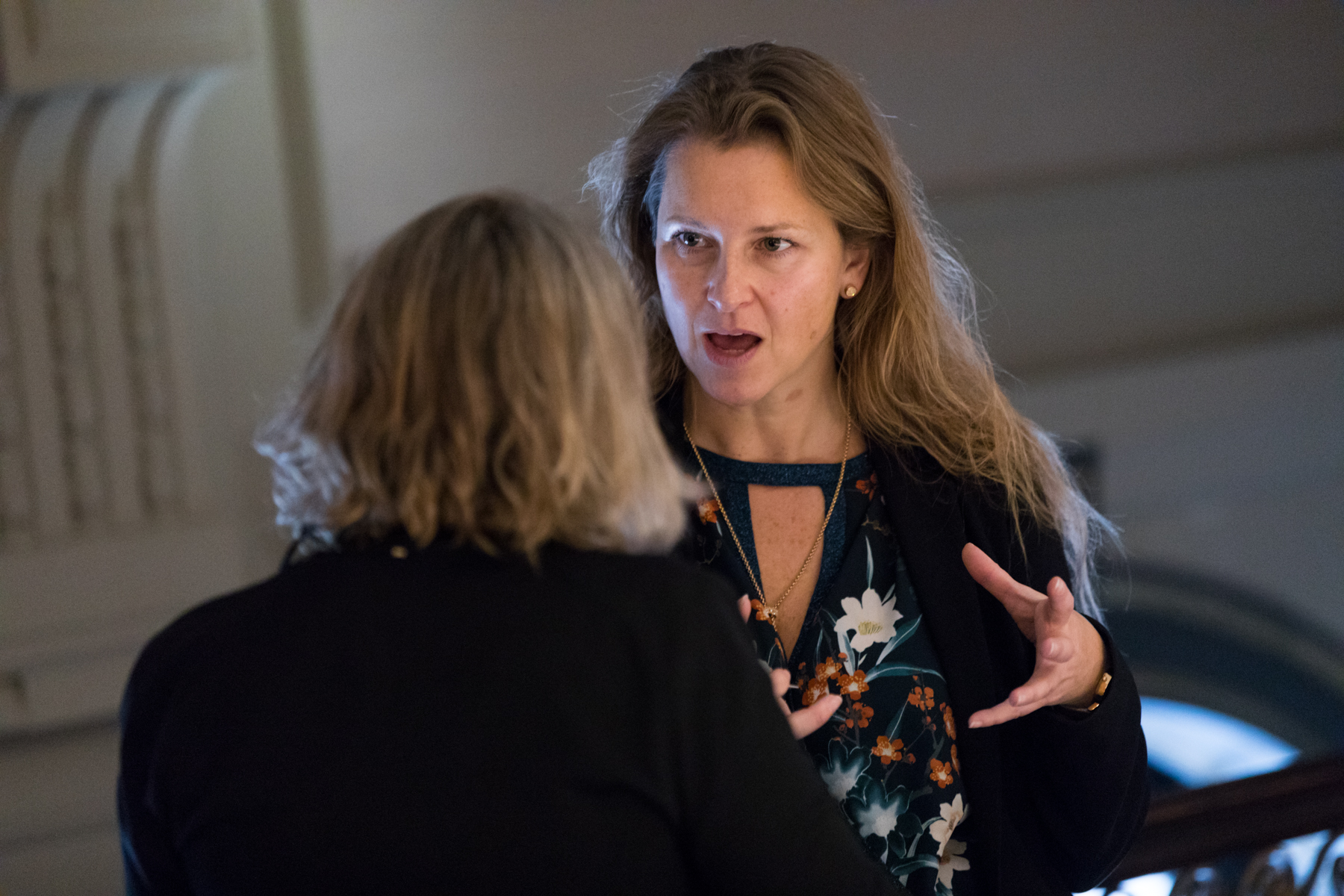 Julie Alexander of the Siemens Global Centre of Competence for Cities believes there is strong case for smart cities.  ‘The tech sector is doing its bit, but for cities to transform you need resource and capability building.’ There are prizes to be won, but in a world of frequently constrained budgets everyone is doing more with less.

Looking further into a less cash-constrained future it’s possible that ultimately the whole road system for cars and buses will become automated and human drivers will be phased out. As a human behind the wheel you are the weakest link and even the most skilled drivers will be too fallible to compete. You will never be able to make the right decisions as well as the software in the cloud. The fees to insure petrol heads who still insist on going it alone will be so high that nobody will bother. Track days at racing circuits will boom as the freedom to put the pedal to the metal yourself and grip a steering wheel becomes a prized novelty.

However, the only way a complete city road system would become completely efficient would be if all the routing and spacing decisions were assigned to the great mainframe Hal in the cloud. So roads would become like an automated tube line where all the driver does is open and close the doors. This is likely to bore and frustrate some people but, in theory anyway, ten-mile tailbacks on the M6 heading North would become much more of a rarity than they are now. Total gridlock in city centres, however, will still be a risk—too much traffic is too much traffic, self-driving or otherwise.

In the perfect world of the Smart City idealist you might see cars and buses integrated with other transportation methods in a perfectly efficient and harmonious utility. No more infuriating traffic lights. There will be no more accidents—car-on-car, car-on-bike, car-on-pedestrian. Car parks can all be abolished or converted into low-cost housing. 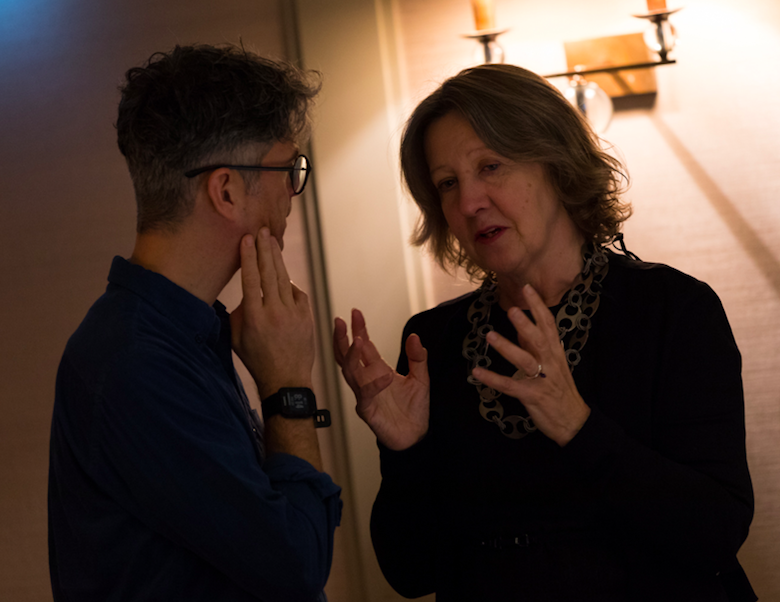 Of course, it might not play out this way. Someone is going to have to pay for all this technology. One could make the argument that we’ll see dual-class systems, the wealthy whizzing along rapid commuter lanes, and the commuter belt itself are shunted farther and farther away from the middle of cities.

And, finally, what about already cash-strapped local authorities so reliant on the revenue from speeding and parking fines plus parking permits. If autonomous cars keep moving and never commit any driving misdemeanours that will all be gone. With what that will do the council tax bill, none of us will be able to afford cars anyway.

But things are moving on.

And the smart talk is moving into action. An investment group, backed by Microsoft founder Bill Gates, has just pledged $80 million to kick-start Belmont, an 80,000 home Smart City near Phoenix, Arizona, which will reportedly come fresh with driverless vehicles, high-speed internet, jobs in advanced manufacturing and autonomous delivery services. The first piece of desert sand (or sod) will be turned soon. 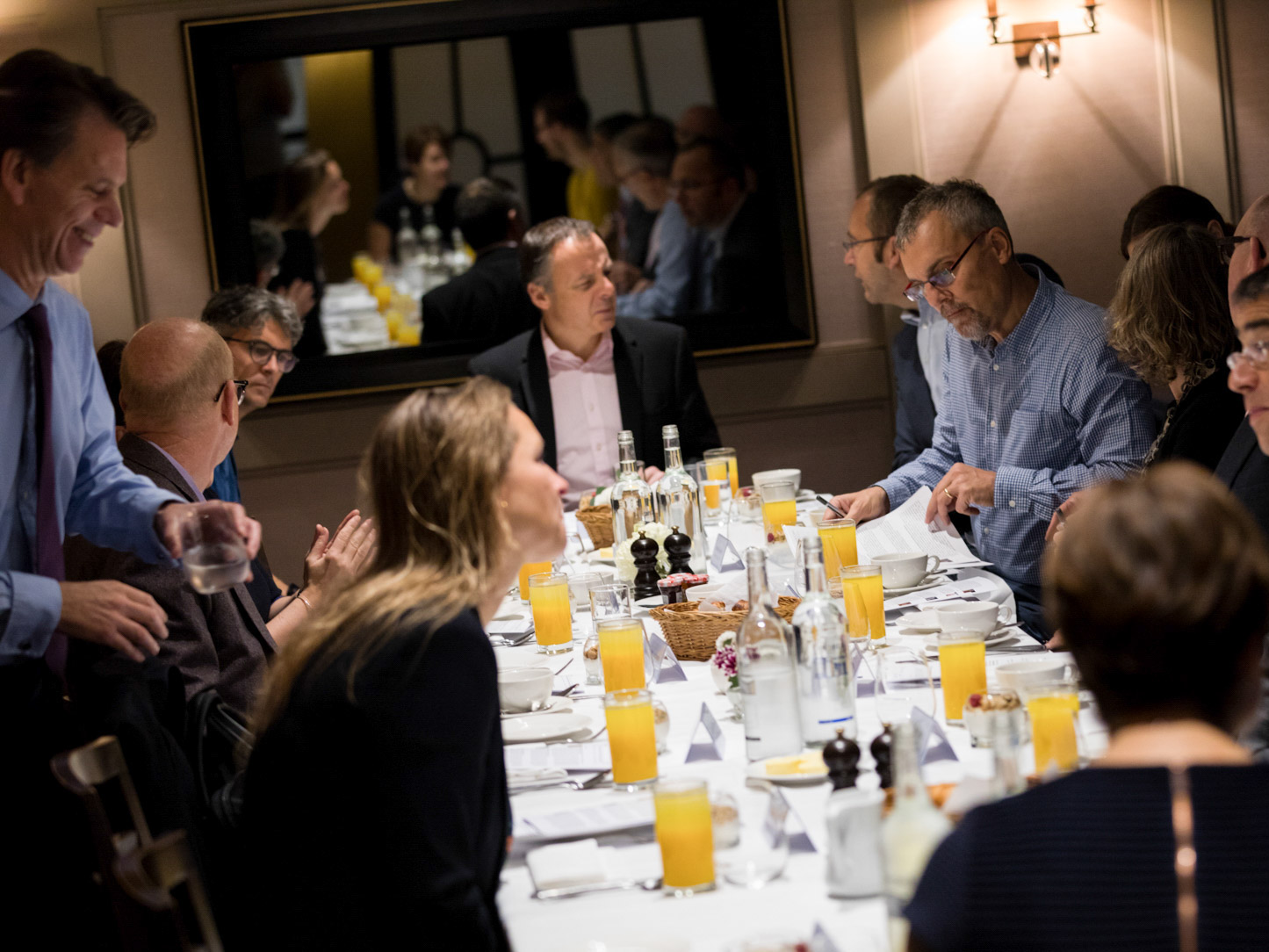 The roundtable was convened by Jericho Chambers on behalf of Go-Ahead Group, and hosted by Go-Ahead Group CEO, David Brown. Go-Ahead is a leading international transport provider. The Group is responsible for more than a billion journeys each year in the UK and beyond, and is the largest operator of bus services in London. This roundtable was the second in a series of discussions on ‘moving the city for good’. A full write-up and podcast based on the first discussion, on air quality, is available to read here. 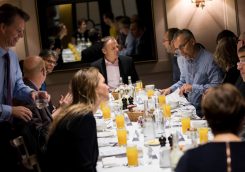