The discussion about the need for a Carbon Border Adjustment Mechanism to support climate change ambitions has been increasing in recent years and in 2020 the European Commission launched a consultation on how to introduce one as part of the Green Deal. The second roundtable on carbon border adjustment mechanisms (CBAM) was held on 9 April 2021 with a group of 14 representatives from 10 companies, including Shell, Tata Steel, Anglo American, Dow, Sappi, Samancor, Plains Midstream, LyondellBasell, Suncor, Diageo.

The write up of the first roundtable, held with a group of experts on 9 March 2021, can be accessed here.

Part of the global Responsible Tax project, curated in partnership with KPMG, during the roundtable, participants discussed the impact of carbon pricing and potential effects of a CBAM. While reference was made to the various options for a CBAM, the discussion focused on the principles in general. They were not intended solely as a critique of any EC proposals. 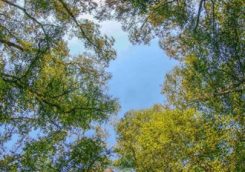