The Facebook CEO is the latest ‘philanthrocapitalist’ to try to make a better world. But when the rich meddle with development, can they ever disrupt the status quo?

As 2015 closed out, philanthropy entered a new zenith. First, Mark Zuckerberg, joined the ranks of philanthrocapitalists, announcing that he will give away 99% of his Facebook shares. His intentions, thus far, are a bit vague – curing disease, education, connecting communities and “advancing human potential”. Perhaps he had McKinsey & Company’s guide: “Designing philanthropy for impact” as his bedside reading.

Meanwhile, on the eve of COP21, Bill Gates also announced his latest venture, to launch a multibillion dollar green tech revolution. It was hailed in alongside heads of state including President Obama and Prime Minister Modi. The model for his energy revolution follows a template from previous initiatives on vaccines and agriculture: bring in some billionaires, the private sector, match fund by governments, and solve the world’s biggest challenges.

It’s difficult to argue with such largesse. No doubt these new riches will find their way into the development funding landscape. Development finance is a hot topic, and private sources of finance are something that all NGOs rely on to varying degrees. I would be surprised to find any development organisation without a major donor strategy at the ready.

But funding from the Gates or the Zuckerbergs also come with some fairly complex strings, the heart of which is that most of this funding may actually impede the real work of development – aptly described by Amartya Sen as being about freedom and wellbeing – not simply to increase income. The barriers to these aren’t necessarily technology, or even lack of funds: they’re more often political and, as the recently deceased development economist Douglas North articulated, in the institutions that govern society.

Read the full article here, originally published in The Guardian 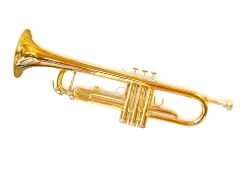