For years I looked out and wondered what the two guttural tugs, pulling huge barges of yellow sea containers, were carrying as they puttered daily down the Thames past our house. They always reappear later in the day, heading back into central London, sitting notably higher in the water, lightened of their load. My husband, whose Mastermind subject of choice is the identification of London’s tugs by their engine noise, knew as soon as I asked: mountains of London’s rubbish being shipped to Essex. 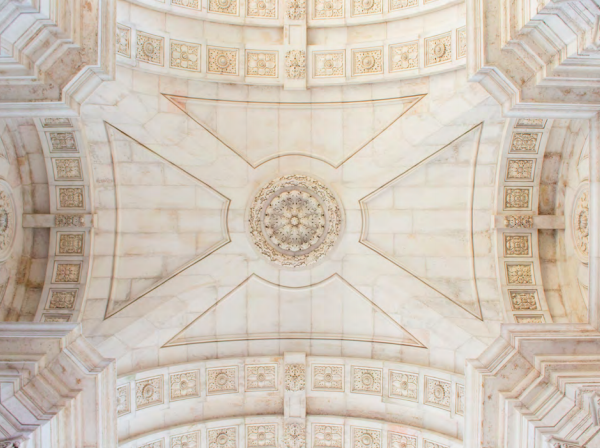 The tugs are another of so many reminders that we have too much stuff in our houses – ‘peak stuff’ as they say on Twitter – and generate too much waste we choose not to value. From the explosion of storage companies, to whom we pay hundreds of pounds not to live with the things we have bought. To Japanese tidying expert, Marie Kondo, selling six million books about how to declutter. Six. Million. Books. On – at its heart – filling black bin liners to the ceiling of your hallway and trying to squeeze it all into the car for the tip run. To the rage so many parents describe when they talk about the endless, soul-crushing battle with the plastic crap that comes with modern parenting. To that feeling when, yet again, you are before the wall of kettles and toasters in John Lewis, irritated it wasn’t long at all since you were last here but the damn thing has blown up and cannot be fixed.

Imagine for a moment, the UK being the world’s centre of expertise for extracting the value out of what we already have, at scale.

When I picture all this waste, I see – perhaps counter-intuitively – that a strong economy in the future will depend less on shopping for new and much more on the reinvention of things we already have. Currently in Europe, for every 100 euros we spend on imports, only 5 Euros are ever re-used or saved for future use. What a shocking waste of things – what a shocking waste of money.

Imagine for a moment, the UK being the world’s centre of expertise for extracting the value out of what we already have, at scale. The things we have already paid for. Turning old clothes into new fabric (see Worn Again, the brilliant work of Cyndi Rhodes), efficiently mining old tech for useful components, turning used plastic into every useful thing we need (from the yoghurt-pot kitchen surface, to my own initiative that has delivered a boat made of recycled plastic). Not to mention designing new solutions to old problems – as the team at A Plastic Planet drive us towards plastic-free supermarket aisles, what packaging will replace plastic and how and where will it be recycled or decomposed to keep it useful?

The unavoidable truth is that a strong economy will depend on the UK leading the way in fixing, improving and remanufacturing all the stuff we have bought and imported and which will otherwise be next seen puttering towards the landfill. Putting the UK’s strength in innovation and invention into designing kettles, toasters and everything else to last a lifetime. Lifting the tax on fixing broken things (as Sweden has done). Extending the warranty on items (as France has done) so they are designed to last. Making items repairable for the long-term (see Dyson and Patagonia and many more). And creating the UK-based expertise and infrastructure to recycle efficiently across the board of all the products we currently use and dispose of.

Through the lens of current capitalism (and modern politics), this is of course madness: economists tell us we need people to keep frantically buying stuff to keep the economy growing and growing, all the while filling big holes in the ground with crap and damaging our own water tables. But in a world where materials and natural resources are in far shorter supply (and largely controlled by foreign powers) and the use of power has to be better managed, how will these habits be remembered? My hunch is that we will look back aghast at the short-term fools we are. Like the subprime salespeople of 2009, the dotcom millionaires who busted in 2002, or men panning for gold in the desert long after the rush. We will see, with the crystal clarity of hindsight, that the old maxim is correct: happiness is not having what you want, it is appreciating what you have.

In this instance, doing the right thing for the planet is also right in terms of traditional economic metrics. A report by the Ellen MacArthur Foundation, SUN (Stiftungsfonds für Umweltökonomie und Nachhaltigkeit), and the McKinsey Center suggests that Europe can take advantage of the impending technology revolution to create a net benefit of €1.8 trillion by 2030, €0.9 trillion more than on its current path. Of course we in the UK probably won’t be part of Europe by then, so we need to tend our own path to a strong economy. But imagine we were the centre of the world for recycling, reinventing, re-using. Surely that would have a value of more long-term significance than just trading money…

The unavoidable truth is that a strong economy will depend on the UK leading the way in fixing, improving and remanufacturing all the stuff we have bought and imported and which will otherwise be next seen puttering towards the landfill.

Maybe I am right (and maybe I am not) but, if ever I doubt myself, I look first to the future and the next generation who make it very clear that they want to support businesses doing good in the world. They completely get the environmental and economic mess we are in and are looking for answers. A colleague sighs that his son wants to go into ’sustainability’ – “doesn’t everyone these days?” he laments – as if he’d prefer he just chose accountancy.

Secondly I look back to every other generation that has ever lived. As recently as the nineties, my grandmother talked proudly of unravelling her kids’ jumpers when they outgrew them, using the wool to knit new ones. She smoothed and folded wrapping paper and tin foil for later use. She was able to turn a few bits of veg wilting in the fridge into creamy vegetable soup. It all sounds quaint now, but she was right about a lot of things and, with a dry, “Where there’s muck there’s brass”, it seems she was right about this too.

That said, her views on the French and what constitutes an acceptable tip for a hairdresser (25p) are best consigned to a history lesson.

Christine Armstrong is Co-founder of Jericho Chambers, author of The Mother of All Jobs, Bloomsbury, 2018. Christine runs a plastic fishing initiative in London’s Thames. 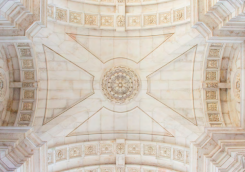