British broadcasters should look beyond Donald Trump and Boris Johnson and stop treating geopolitics as entertainment.

There is a famous New Yorker cover by cartoonist Saul Steinberg of The View of the World from 9th Avenue: The bottom half shows  Manhattan‘s 9th and 10th Avenue, and the Hudson River. The top half is the rest of the world. The rest of the US is the size of the three New York blocks bounded by Canada and Mexico. The Pacific Ocean separates the US from tiny images of China, Japan and Russia.  Europe is missing altogether.[7]

What would the world from England look like now? A huge London, mostly Westminster and Whitehall, a few cities like Birmingham, Liverpool and Manchester, much smaller Scotland, Wales and even smaller NI. Across the channel, a hodgepodge of European countries, mostly France and Germany, with holiday places in Spain and Italy.  Africa, Asia and South America would barely get a look in. The US would loom large.

Given that the fate of the UK is soon to be decided by 27 European countries, the lack of detailed coverage of European affairs is shocking. All foreign coverage in UK media has declined by 40%  since 1979 – according to a 2010 report by the Media Standards Trust. It has continued despite the referendum.

C4’s Unreported World, and This World are excellent but fight for their slots. There are islands of global insight on C4 News, Panorama, Dispatches and Newsnight. Recent series on immigration like Exodus, and Refugee Diaries have been outstanding.

But they are all overshadowed by media coverage of Trump’s every move, and issues like crime and prisons in the US. They are important, but less relevant to us than understanding what’s happening in Europe.

There are serious geopolitical shifts happening that go largely unreported except by occasional news reports, often by the admirable BBC Europe editor Katya Adler. Hungary, Poland, the Czech Republic and Turkey are in the grip of authoritarian regimes that do not share our values. Populist nationalist fervour is gaining ground in Italy and Germany, with elections soon. The far right is building support in both countries, with Berlusconi coming back in Italy. The Irish position about the border with Northern Ireland is key to Brexit. What else do we know about it?

The pressure to achieve ratings, and viewers’ lack of interest in what they do not know about other countries, traps commissioners into largely ignoring matters across the channel and  the rest of the world – except for Trump, and extreme stories like scandals, natural disasters, terrorism, wars, famine, and high profile elections. When they get our attention, some get saturation coverage. But when the caravan moves on to the next story, where is the follow-up afterwards?

The above is an extract from an article originally published in Radio Times. A full version of the article is available to read here.

Roger Graef OBE is partner at Jericho Chambers and a multi-award winning documentary filmmaker and criminologist. 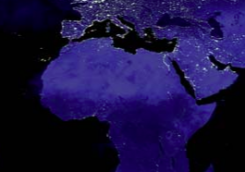