Here’s the summary of last week’s Jericho Conversation on Putin: What is to be done now?. Bill was the investment adviser to the largest foreign investment fund in Russia until 2005 when he was denied entry to the country and declared a “threat to national security” as a result of his battle against corruption.

Thank you for joining us (if you did), and sorry you missed it (if you didn’t!). It was another great conversation.

“The economic problems coming are so serious and dangerous that Brexit is a minor issue… Pain for the population leads to populist politics.” 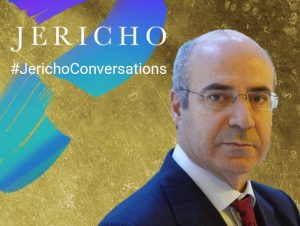 “Everybody now knows that London is referred to as “Londongrad” and there’s a good reason. This is the Russian money-laundering centre of the world. Why do the Russians come here? As unstable as their country is in terms of property rights and rule of law, everything is very stable here. As easily as they stole their money they can be sure it won’t be stolen here”.

“Here, very few good people go into the prosecution service, so you have this crazy inequality of arms. The best people are all QCs making lots of money so if there ever were to be a case you have these unbelievably smart, well-qualified people on the side of the defendant or Russian gangster and someone weak or totally overpowered on the side of the government… And if they [the SFO, FCA or NCA] lose a case or an interim decision in a case they have to pay the other side’s fees. That’s absurd. In America, no one has to do that.”

“It was horrific the way this country treated me when this problem first started, they treated me like I was some type of pariah. Like I’d walked in with a large turd on my head every time I talked about sanctioning Russia… Having said that I was treated very well by members of parliament from all the different parties who when they heard my story were very sympathetic and helped shepherd the Magnitsky Act… Only very recently do I have good things to say about the government because only recently have they finally woken up to what’s going on.”

“Russian stories never have happy endings – read Chekhov or Tolstoy. Right now Putin is popular in Russia because they like a strongman. Whenever there’s a war people rally around the President and they’re rallying around him now.”

“It infuriates me every time I hear these well-spoken political scientists speaking about Putin’s grand ambitions to rebuild the Soviet Union – it’s complete nonsense. He’s a conman who lies at every step… He doesn’t have a thought for anything other than staying in power, staying alive and keeping his money. This war is just about that. How can anybody who cares about his country have allowed 1,000 people to steal all the money and hollow out the country, so nothing works. That’s not an act of patriotism it’s an act of extreme cynicism.”

“What would change [the Russian] people’s opinion? They would be really upset if they had to take a knock in standards of living and they can’t use credit cards, no more Chanel handbags and for what? Because they lost a war? They don’t like losing. They don’t like losers. If Putin is seen to be a loser by the Russians that will have a much bigger effect than anything else.” “It was horrific the way this country treated me when this problem first started. They treated me like I’d walked in with a large turd on my head every time I talked about sanctioning Russia.”

Bill on Trump & The Rise of the Populists

“We’re faced with massive inflation, huge debt. The economic problems we’re about to embark on – and it’s not just us it’s everyone – are so serious and existentially dangerous that Brexit is a minor issue. If you don’t have 8% wage growth, just 8% price growth, we’re going to have such economic pain for the average person. That economic pain is going to lead to all sorts of populist politics that are going to lead to all sorts of problems that we can’t even imagine but they’re going to be bad.”

“All these businesses are thinking how do we get out of this thing? What’s the least costly thing we can do? This isn’t the first time Russia has committed terrible atrocities it’s just the first time we’ve reacted to them. Once the ball got rolling and dominoes started falling it became untenable.”

“Maybe some people are making principled decisions – but a lot of people are looking left and right saying what do we have to do so we don’t end up with terrible reputational damage with our customers and clients.”

Jericho Conversations is one of a number of initiatives that spontaneously emerged during the first COVID lockdown – part of a determination to use moments of crisis to pivot towards a better, fairer, more equitable and sustainable future for all. By popular demand, we have reignited the bi-monthly series to help find surprising and refreshing solutions and insights into a world in constant flux. Each conversation – led by an expert speaker – is designed to keep Jericho communities engaged and thinking about “what comes next?” for business and society.

All Jericho Conversations are available here. We will announce our next speaker shortly so stay tuned.

Linked to these conversations is our day job; a series of deep-dive programmes on topics including Business & Democracy; Public & Private Partnerships; New forms of Corporate Governance in a world of turmoil and Global Tax Transparency. We are actively looking for sponsors and contributors to each of these projects, so please get in get in touch if you have thoughts or ideas to share or would like to find out more about Jericho and/or working with us to help build a better society. 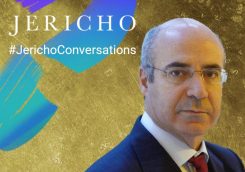