Fifty years ago, the professional classes were revered by society. But long-held restrictive practices and a reluctance to accept reforms have contributed to a gradual loss of public trust and respect. They must act if they are to remain relevant. 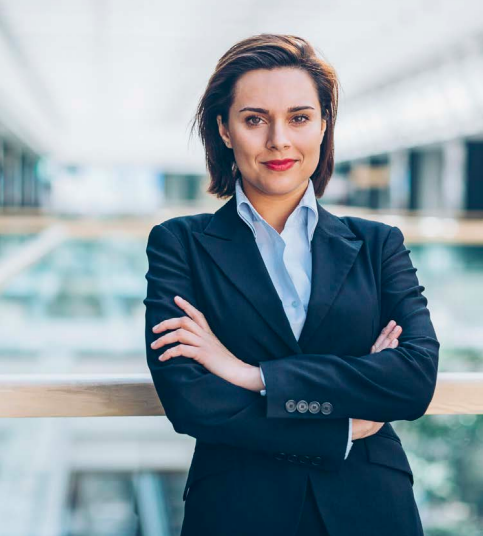 In March 1966, I was about to head off to university to read for a degree that would lead on to a professional qualification to be a chartered surveyor. There was an element of parental pressure in this, from a father who swore that it would offer job security for life – a preoccupation for someone who came of age in the 1930s. He was right; but now any promise of a right to a living has long gone, swept away by 50 years of gradual but relentless change. With an enfranchised, educated and well-informed public, a right to challenge has replaced any earlier expectation of deference.

So while members of the professions have long regarded themselves as important to society and different (by which they probably mean ‘better’) from those without letters after their name, it is becoming ever less clear exactly how they are different, and what exactly they contribute to a society that regards them with ever more suspicion.

To these I would add, at institutional level, an obligation to develop and disseminate a genuine body of knowledge and, at individual level, the requirement to exercise judgement.

But the characteristics that the professionals themselves keep coming back to relate to ethics and service of the public interest. Exactly what a commitment to ethical conduct means, however, remains confused. Even FIFA has a code of ethics; and although the professional codes are full of good words like integrity, competence, independence, transparency and so forth, the record shows that it’s pretty hard to get thrown out of an institution without actually breaking the law or some more introspective procedural rule of the institution’s. In the meantime, the implicit claim to some form of moral superiority is both arrogant and misplaced.

There is also something going on in business, which further blurs the distinction between the professions and the rest. Just as the professions seek to become more business-like, business itself is at least making noises about moving in the other direction, recognising that the single-minded pursuit of shareholder returns is probably not good for its long-term health, frequently challenges the interests of society, and in extremis may compromise capitalism itself. So CSR and ‘greenwash’ may be evolving into a more genuine sense of responsibility.

This in turn makes the professions’ claim to serve the public interest even harder to pin down. Has any member of any institution ever been sanctioned for failing to put the public interest above their client’s or their own? When, like the doctors, professions deal directly with a single client, then there is rarely a conflict between individual and collective interest.

That is not, however, the case when the end result of the service is not just the advice, but the product of that advice – a cigarette, a car or a building perhaps.

A building does not have to start melting people’s wing mirrors, to understand that it will have far-reaching environmental consequences. Almost everyone who works in the built environment is concerned about this – but not all of their clients are, and certainly not to the extent of wanting to spend more than they are legally required to. That gives rise to the most difficult question of all: What do you do, as a professional, when your principles point one way, and a client’s needs or wants point in another? Responses to this tend to divide into two.

The majority, in what we might call the ‘we have to eat’ camp, say that people do the best that they can to persuade the client to do things in a particular way, but if they’re not persuaded then the payer calls the tune. Others, in the ‘touch pitch and be defiled’ camp, argue that one measure of true professionalism is not just those things that you will do, but also the things that you won’t – and that should include not working in certain places in the world (Azerbaijan, China, Israel and Qatar all being recent candidates), or for certain clients (armaments, oil, tobacco), or on certain types of project (such as prisons or housing developments that can be labelled ‘gentrification’).

In reality, there has to be a limit to the extent to which institutions and their members are responsible for solving all the problems of the world. Many of them are essentially matters of personal conscience; and while some practitioners may decline a commission they don’t like the smell of, others argue that this puts them at a disadvantage relative to members who do not share their concern, or are just less squeamish. They consequently seek collective action, but it is a curious kind of conscience that accepts self-denial only when all others are denied too.

How, on the other hand, does one prevent what the governor of the Bank of England called ‘ethical drift’ – a gradual erosion of standards as they slide towards a bad place that no responsible professional would have set as a destination? Whatever the answer, the shift in the status of the professions has to be acknowledged as tectonic, and it would take an equal and opposite (and unlikely) coincidence of forces to shift things back again.

It would be wrong to call this a crisis. The change is too gradual for that. The professions perform a valuable role, and they have shown themselves to be adaptable. The change is nonetheless inexorable, and has the potential to amount to an existential threat. So if they are to continue to enjoy a special status in society (and, let us be honest, in the marketplace), then they need to come up with a progressive plan.

If they can get their act together, though, there is an opportunity for the professions to find a new position for themselves that captures the best of the values of their past, while being relevant to 21st-century circumstances, valuable to their members, society and the challenges we face. This opportunity lies in regaining control of the very things that are claimed to differentiate their members: forward-looking educational standards; benchmarking the expertise of members (perhaps through a public feedback system like TripAdvisor); a transparent and enforced code of ethics; moving from a tendency to exclusivity (centred on members’ interests) to one of inclusivity (centred on a defined duty to serve the public interest); the development and dissemination of a relevant body of knowledge; and a demonstration of leadership on some of the great issues of the day.

Of course, the professions (or their institutions) could choose to stick to their own, often inward-looking, programmes, and pay no attention to the longer-term trends affecting their status. Nothing dramatic will happen immediately as a consequence of that, they will probably survive. Instead they run the risk of irrelevance. People with specialist skills will find other ways of proving their credentials, and alternative structures through which they can both practise and find fellowship. That would be a wasted opportunity – and one that would represent a betrayal of the very public interest that they claim to serve. The alternative proposed does not call for lobbying government for expenditure on anything that would create work for members; nor for the promotion of a single pet solution.

Instead it calls for imagination, innovation and information based on a genuinely advanced body of knowledge, pointing out to policy and decision-makers the different ways in which these problems might be solved, and the implications of each.

This is the territory claimed by the professions, and if they could occupy it justifiably, then that would be in the public interest.

Paul Morrell is a chartered surveyor, and former government construction tsar. The above article is based on an article originally published here, in Management Today. 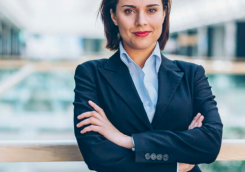