Essentially, two ways of making things happen have dominated our lives to date. First, change through bureaucracy – i.e. through targets, audits, command and control. Books can and have been written about the failings of bureaucracy, but let’s resort to an easy shorthand – the Soviet Union failed. Quite spectacularly. The second way of making things happen is through the market – in essence, change through competition and individualised incentives. Again, reams have been written on the limits of the market, but let’s resort to another shortcut – Lehman Brothers and pretty much the whole financial system failed. And again, quite spectacularly.

So if machines and markets have their place but also their limitations – what makes us powerful today? What enables us to do things?

To help think about where we might find the answer I’ve found it useful to understand two different conceptions of power. Power over – or power as domination, versus power to/with – in other words, power as transformative capacity. The early management theorist Mary Parker-Follett, writing a century ago, first explored this distinction, and it is used today, most notably by Hilary Wainwright in relation to her work around public service reform.

I best understand the concept through one of Aesop’s Fables, which tells the story of the wager between the wind and the sun over who could make the traveler remove their coat. The wind went first and blew and blew trying to force the coat off, and all the traveler did was – come on you know this – do their coat up tighter. And then the sun shines and of course it’s too warm to be wearing a coat! Power with, not power over.

Today we are potentially entering a new era of ‘power with’. Digital technology is flattening the world, putting information and communication literally in the hands of everyone. Hierarchies and elites are yesterday’s forms of domination. It is a world where, as the Jericho mantra goes, the future will be negotiated, not imposed. The technology then fits along new theories of human psychology – see for instance Dacher Keltner’s new book The Power Paradox, which redefines power away from coercion towards altruism and generosity. In this emerging world, real empowerment in an organisation comes from the belief that you are “making a difference in the world”, and “acting in ways that improve the lives of others”, not dominating them. And so we land on the square of another Chambers favourite, Frederic Laloux and his ideas about Reinventing Organizations, where power is dispersed, people are still held to account and productivity goes through the roof.

Of course, none of this means that we inevitably enter a new and more progressive power paradigm. Those operating with old power structures – from nation states to digital giants – will use power to rig the rules and buy off the transformation to a world in which we share power. But after markets and machines, we have to fight to make morality the new power theory and practice of the 21st century. As Frankie Goes to Hollywood and Gandhi said, not ‘the love of power’, but ‘the power of love’.

Neal is a partner at Jericho Chambers, Chair of good society pressure group Compass and author of All Consuming (Penguin 2009) 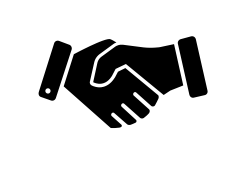