The UN’s 2013 Human Development Report proposed that the South was heading into a new zenith. Development indicators show that countries in the South are seeing higher standards of living, longer life expectancy and more sustained investment than ever before. This zenith, they argue, will transform reality in the 21st century. The “Rise of the South” is just beginning, according to the authors.

Increasingly, developing countries are paving their own path out of poverty on their own terms: Bolivia has reduced extreme poverty significantly and grown its economy by a consistent 5% per year; China and India both doubled their per capita economic output in less than 20 years.

Look at any set of global policy negotiations – from climate to trade – and you’ll see the power imbalance between North and South in action. At the Paris climate talks last year, the UK sent 100 delegates, the US 150, Canada a bloated 300. This is against those who are most expected to be impacted negatively by climate change: the Philippines, with a population of 100 million, of whose islands many are expected to be submerged as sea levels rise, sent 50. India, with a population of 1.2 billion, whose millions of farmers are already suffering the devastating effects of climate change, sent just 25.

Power is an issue we often disregard: in global forums, in boardrooms, in supply chains. Global brands who claim they have no ability to change the working conditions in a sovereign country because “it’s the market” are claiming porkies: as an industry (whether its fashion, food or mining), brands hold the strings to dramatically improve or undermine any attempts to change the working conditions of those they are sourcing from. Most southern countries still rely on northern companies for the vast majority of their economic wellbeing. While not universal, Global brands frequently demand everything from tax cuts to weaker labour laws in exchange for their business. Why is it that a Western brand gets 50% of the value of the T-shirt, while the farmer, the ginner, the spinner, the weaver, the seamstress, the transporter, share the meagre remains?

Let’s not pretend its corruption, or the market, or something else that keeps many Southern countries poor. Power – or lack of power – is what keeps workers vulnerable, farmers poor, and their country’s future at the behest of those in the North.

As a western person living in India, I was afforded many privileges. I once walked through the gate of a conservative university with a young Indian colleague, where there was a “no jeans” policy. I was wearing shabby jeans, and suddenly she was worried that we wouldn’t get through. Even her dad, a wealthy and prominent businessman, was once turned away. I told her not to worry: I’m white and western. She laughed nervously, but I was right. We swished through without question. She may have had more wealth than me, more legitimacy as a local, but I, a northerner, had all the power.

Where does one begin to change this? The same way any relationship moves itself on a more equal footing. As in any twelve-step process, the first thing you need to do is acknowledge that there’s a problem. Companies can start by opening themselves up and questioning the power they’re afforded, whether it’s in the grand lobbying corridors of global policy circles; or in the day-to-day negotiations that take place in individual supply chains. Most leading companies claim to want to do good, or at least, do no harm. By asking the question: “Do I have too much power in this relationship”, we can at least start to address the ways and means of redressing the balance between north and south.

If, like the World Bank, who recently removed any distinction between “developing” and “developed” countries in their labels, we mask over the power dynamic between North and South, we miss what’s really at stake. Power, more than any other factor, is what will ultimately break the entrapment those in the South find themselves in. People in the South need more power; those of us in the North, quite simply, should have less.

Deborah is a partner at Jericho Chambers, consulting on civil society and supply chains.  She was a former director of the World Development Movement and blogs for the Guardian on Development. 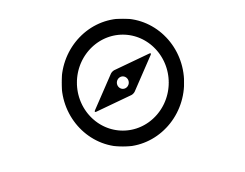