A searing opinion piece – from Plato to Robespierre, Schumpeter and beyond.

The New York Times thinks collectively that the Brits have suffered a nervous breakdown. (And Americans should know). “The United Kingdom Has Gone Mad,” wrote the paper’s lead commentator Thomas Friedman earlier this year. “The problem with holding out for a perfect Brexit plan is that you can’t fix stupid.” How have we come to be on the verge of committing such a stunning act of national self-harm? 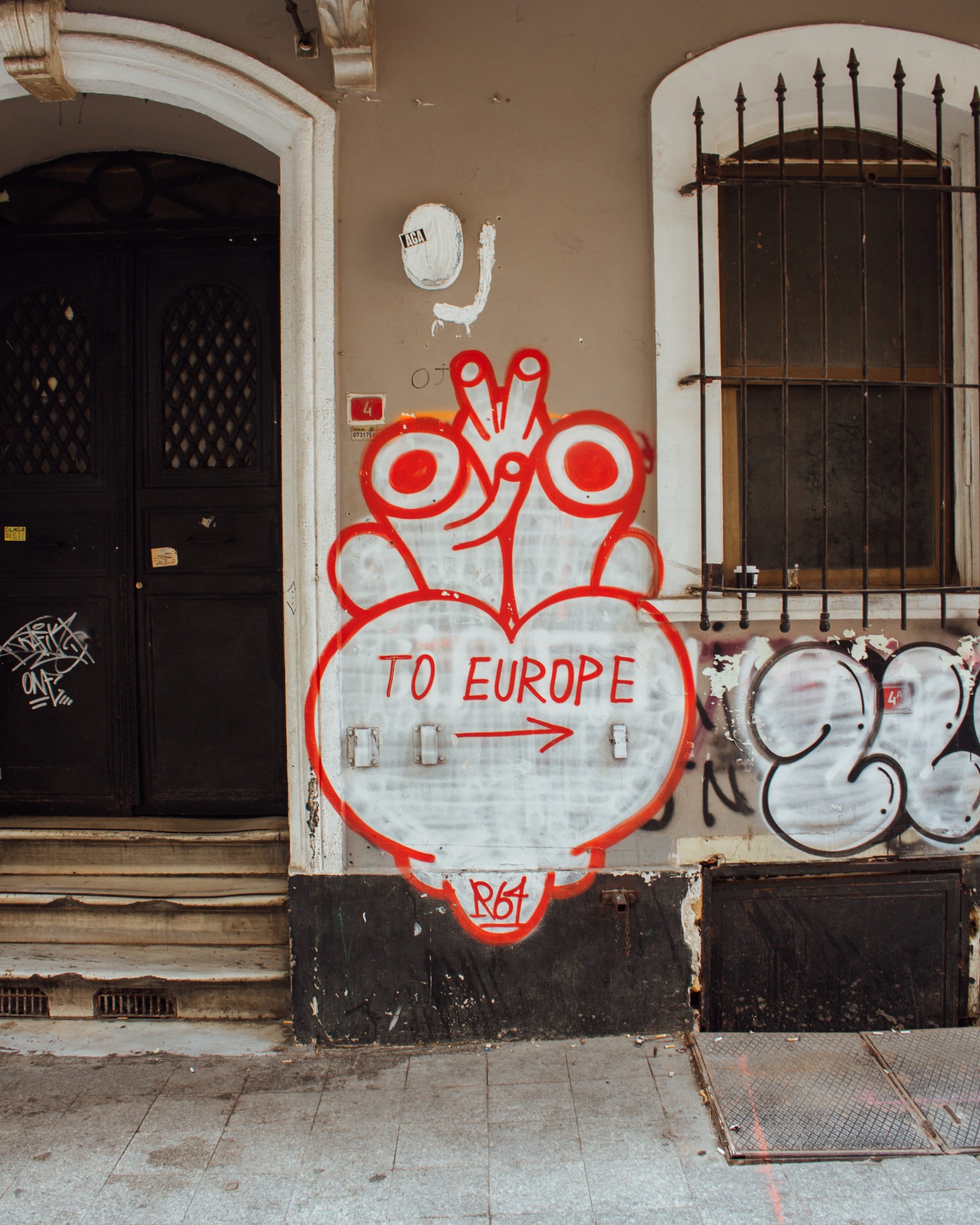 Last week our current Prime Minister Johnson was visiting flood-hit Doncaster and found himself on the receiving end of a typical populist rant from an unimpressed resident. “Everyone’s living in poverty,” yelled the man, as nervous minders moved closer to the PM and his squeegee mop, lest things got physical. “The whole country’s a joke. Kids are living on the streets. Nobody gives a fuck. Sort it out! Biggest thieves in the country, them [Tories].”

Now, whatever you think about Johnson or his principal opposer Jeremy Corbyn most of these five supposed facts simply aren’t true. (That UK PLc is a cruel joke is probably the closest to verity.) But it’s this sort of 2019 apocalyptic vision that demands No Nonsense answers. People are fed up. There can’t be any more pussy-footing. No tinkering around the policy edges. Something major has to change. But what, precisely? Are twenty thousand more police officers likely to cure our ills? A few score million more lobbed at the – sorry “Our” – NHS? Banning independent schools and confiscating all their assets?

No. Of course the one act that is going to return us to the sunlit uplands of warm beer, powdered egg, leather on willow and our rightful place on a globe where great swathes were coloured Brit imperial pink is Brexit. Just get it done and everything will be sorted as we “unleash our potential.” All will be well and all manner of things will be well.

Sometimes it’s actually very hard to work out how on earth we’ve got here. If you look at charts of what were the most important issues on the minds of the average Briton in the elections pre-2015 the EU hardly features. (Bill Cash with his decades-long unscratchable itch is not an average Brit.) Strip away the guff about trade, sovereignty, fish quotas, curved bananas and blue passports and all that’s left, all that’s ever left, is others or bloody foreigners. Our malaise is their fault. Populism must have a hate object – something at which to direct the spumes of bile. Something to blame. As our Jericho colleague Neal Lawson has written in The Guardian – “The true danger of this crisis is the rise of toxic populism. This is a dumbed-down politics that rests on two short planks: whom to follow and whom to hate.”

It’s true – populism is thick. Brexit populism especially so – it’s self-indulgent, childish, decadent. Wild emotion lashing out over reason. Like the bizarre, schmaltzy wave of unearned emotion that submerged us following Diana’s death times ten. It’s an unspoken thing – the elephant in the kitchen of polite society – that democracy and widely differing levels of education, intelligence, wisdom and judgement do not sit well together. We all know – thanks to Michael Gove – what we should now think of experts, those cocky know-alls with all the answers. Toss them onto the scrapheap of history.

“If you’re going in to have your gall bladder removed you don’t leave it up to a citizens’s committee from Hartlepool or Hampstead to wield the scalpel.”

But do you know what? If you’re going in to have your gall bladder removed you don’t leave it up to a citizens’s committee from Hartlepool or Hampstead to wield the scalpel. It’s an unforgivably snobbish, Metropolitan-Liberal-elitist thing to ask but given a complex problem on which the nation’s future rests would you have given more ear time to a Professor of Economics, the Daily Mail’s treacherous Lady Hale, a Permanent Secretary at The Treasury/ Foreign Office or the average bloke on the Boston, Lincs or Clapham omnibus.

The grave shortcomings of populism are precisely why we dare not have a UK referendum on the death penalty, prison sentence lengths for Islamic taxi-driving sex offenders or whether fuel tax should be reduced to zero. You cannot trust the mob, especially when its blood is up. The gilets jaunes in France first started burning tyres and flinging rocks at the riot police when the price of diesel went up. Robespierre knew all too well how much the average Frenchman loves cracking a few skulls to get things off his chest.

There is a profound problem with engaging/appeasing populism – giving the angry mob the bread and circuses it demands. It doesn’t always know its best interests. All power may be derived from the people but it’s probably better that the people are not trusted to wield that power unrestrained by the five-yearly electoral crap shoot of representative democracy. There are times when our elected representatives and our representative institutions are required to save us from ourselves.

This is why democracies end when they become too democratic. Why the referendum on our membership of the EU was one of the most supreme acts of complacent idiocy since Earl Haig sent tens of thousands over the top at The Battle of the Somme. At least that made ten kilometres.

Plato is an unfashionable thinker – far too authoritarian and neo-liberal for most 21st century minds. But for him the key problem was epistemological: most people – “the many” – had no knowledge of truth and no clear thinking about justice in their minds. Democracy did for even intelligent citizens by leading them to dumb down their policies in order to pander to ignorant crowds.

When they got together “in assemblies, courts, theatres, army camps, or any other common meeting of a multitude,” the Athenian demos, Plato reports, would “blame some of the things said or done, and praise others, both in excess, shouting and clapping; and besides, the rocks and the very place surrounding them echo and redouble the uproar of praise and blame.”

After the grim, murderous excesses of the French revolution Edmund Burke declared: “Of this I am certain, that in a democracy, the majority of the citizens is capable of exercising the most cruel oppressions upon the minority.” Closer to our own era, in 1942, Joseph Schumpeter, a man who knew life-changing upheaval (he was born in Moravia and raised in Vienna before moving to the US in 1932 to teach at Harvard) accurately summed up the strange results of blending a liberal democratic faith in public opinion with marketing methods refined by behavioural scientists. “What we are confronted with in the analysis of political processes,” he wrote, “is largely not a genuine but a manufactured will.”

What Schumpeter would have made of targeted election ads on Facebook god only knows. They are certainly creative and destructive. But never mind. We’ve taken back control. Now what? Trump will be gone in – at the most – five years. The mango Caliban will be left to mildew and wither further in the moist air of Mar A Lago. Brexit is almost certainly forever. It’s not a phase we’ll go through and get out of our system. It’s the wrong choice and we’re stuck with it because 52% of our number said so.

Matthew edited Management Today for 17 years and during that time won the coveted BSME Business Magazine Editor of the year on a record five occasions. During a fifteen-year career as a freelance he wrote for the Sunday Times magazine, The Independent, The Telegraph, The Observer, GQ and was a contributing editor to Business magazine. He was PPA Business Feature Writer of the Year in 2001. He has also worked on two drama serials one for Channel 4 and one for the BBC. Before becoming a journalist he had a brief and inauspicious spell as a civil servant working at the Medical Research Council in its London Secretariat. Matthew is the main presenter on BBC Radio 4’s In Business programme. Matthew is also the co-author of Exposure published by Penguin in London and New York in the Autumn of 2012. It is the story of whistleblower Michael Woodford, the “Southend samurai” who left school at 16 and worked his way up to the top post of the Japanese industrial conglomerate Olympus, only to discover that his board were involved in a two-billion-dollar fraud. 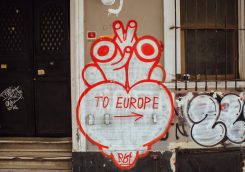