My Friday morning, 24 June began by helping my early-rising four-year-old with the challenging topic of “what is morning time”.  Second thing was being told, “not good Andrew, not good”.  So began my Brexit world.

I had gone to bed convinced Remain was on course for its predicted victory, due to a combination of the money markets, latest betting odds and the polling averages.  I had become part of the echo chamber that hears only one voice, and had failed to arm myself with sufficient evidence from the widest ranges of views to be truly accountable.  By using the polls, like the betting markets, I was guessing.

A little over a year after its disastrous performance in the 2015 General Election, the uncomfortable truth is collectively, the polling industry got a binary decision wrong.  Despite this, many of the final EU referendum polls are able to claim the result was “within the statistical margin of error”.

It is time to stop the pretence that the polling industry – in its existing form – can be relied upon.

A poll that is accurate within the margin of error yet wrong in terms of the result, is obviously a nonsense.  Nearly 1.3 million more people Britons voted to leave the EU than voted to remain in it – that is more military casualties than Britain suffered in both the First and Second World Wars combined, and the polling industry didn’t, and perhaps couldn’t, spot it.

Political polling is part of the narrative and therefore part of the problem.  In a complex world where traditional voting castes have been fundamentally disrupted, polls have an influence on the very decisions they are trying to measure.  Through their publication and the associated media commentary every published poll is rendered obsolete the moment any new poll is released.

The reputation of political polling is now so badly suffering it would be a kindness to let them die.  Pollsters’ reputations are in shreds, and they are doing little to help themselves.  Unfortunately, more introspection and hand-wringing is the likely outcome.

But we should not confuse political polling and the wider market research industry.  Decent research that that seeks to understand opinions, attitudes and behaviours, and which help shape successful business decisions should not be tarnished with the same brush that is rightly pointed at political pollsters.

The wider research industry does not clamour for the headlines, neither does it suggest it can provide specific answers to complex problems from just a tiny number of standardised, abstract questions.  The wider industry is a broad church, using a myriad of techniques – from ethnography to Bayesian network modelling and beyond – to provide a range of evidence to give detailed and comprehensive answers that stand up to knowledgeable scrutiny.

Business problems, like voting decisions, are complex.  They deserve accountable solutions which political pollsters are not currently delivering.  The same is not true for the rest of us. 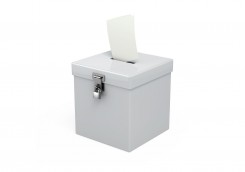