All over the European Union, politicos and the media wring their hands over the Eurozone crisis, prevaricating governments and perfidious Brussels. Positive, or even pragmatic  views on Europe are as rare as pro-euro leaders in the Daily Mail. The result? Sheer frustration at events of recent years and their personal costs to voters will drive many to support Eurosceptic politicians and policies in the European Parliament elections next June.

We should be alarmed. This won’t lead to any breakup of the EU soon, nor to an instant exit by any member state, which will be a process more tortuous than any domestic  divorce. More likely is that the system will just seize up – decisions won’t be made, directives won’t get amended nor policies agreed, as political point-scoring becomes more important than getting Europe growing again. So there will be no reform either – the worst of all worlds.

Some 52 senior business leaders from across Northern Europe, running the household names we find on high streets across the EU, have just called for root and branch reform of the EU to make them more competitive in the harsh global market place. Their call is to politicians but unless they also convince customers, employees and suppliers at home that the EU is good for jobs and livelihoods, they may well be thwarted by the ballot box and their plea will come too late.

How many companies have audited the positive impact of the EU on their business? And the costs in lost jobs and  sales if the EU started to unravel? Talking to a young entrepreneur recently, I asked if she “exported” to the EU. Yes of course – about 20% of her turnover. Is it difficult, what with all that legendary paperwork and red tape? She looked at me askance. No, it’s the same as in the UK. Now, as for Japan that is more complicated, she continued, because import tariffs affect prices, so buyers are more cautious. “So I hope we don’t leave the EU!”

If a young start-up can be realistic and positive about the European marketplace,  it’s about time more of our major, established industries came out in support of the EU that created it. 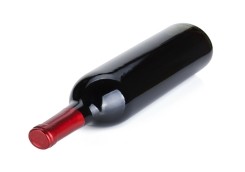