This Friday is Yom Kippur, the Day of Atonement and the most solemn day in the Jewish calendar.

I have long lost my faith and indeed struggle to understand how others find theirs. But religion still offers an important framework for ethical behaviour and quiet contemplation. A wise Rabbi once taught me that it is just as easy for a good Muslim to enter heaven, as it is for a good Christian or a good Jew. “Good” is of course open to interpretation but the essence of “good” rests with doing the right thing and embracing concepts of common good and shared society.

I have long felt that a world that continually deifies the false gods of corporations and brands (and, worse still, celebrities) needs its own mechanisms for atonement and apology. In his forthcoming Jericho Chambers lecture, a fellow atheist, Simon Heffer, argues that we have forgotten how to apologise – that we have become institutionally resistant to admitting error. In an increasingly godless society, he argues, we need to put in place temporal safeguards to protect systemic abuses of trust and truth.

I will leave it to Dr Heffer to expand on his thinking but the good Doctor makes an important point. There should be no acceptance of deceit in business – financial services or otherwise – just as we cannot condone lying as an acceptable, human behaviour. There is no room for massaged truths or half-truths. Only truth-truths will suffice.

Several years ago, I was approached by the Marketing Director of one of the train operators – one of those with an even more dreadful reputation than their competitors. It turned out that its poor standing was easily earned and well-deserved – the Marketing Director boasting proudly how they shortened train lengths at peak times and lengthened them off-peak. This way, he trilled, they met the averages demanded of them by the regulator but paid less in fees. So what if the customers were packed like sardines? They had to get to work, so would surely put up and shut up – because they had to.

I responded with a pitch I knew we would never win. I suggested (with feigned sincerity) that he and his CEO curate National Apology Day – a collective mea culpa for all those ‘do evil’ companies and brands that consistently betrayed the trust of their customers and employees. The Train Co. would lead the way, spearheading the campaign (and first mover advantage would thus be theirs). Even then, there were a fair few financial institutions on the list, alongside some energy providers and the monarchy. Nothing has really changed.

Japanese in style, the train company’s CEO and Marketing Director would meet disgruntled (and no doubt irritable and sweaty) customers on a Euston platform and offer humble apologies. They would symbolically bow low – atoning for their abuse of trust through financial compensation and commitment to a better way: an improvement timetable to which they would hold themselves accountable, their own jobs on the line.

Of course, this ”crazy” idea was ridiculed and rejected. As a brand marketer, I was meant to conspire with their fraudulent idiocy – to spin and protect, rather than expose and decry.

As my Jericho Chambers co-founder, George Pitcher, wrote over a decade ago, “spin is dead”, whether we like it or not. Just as video killed the radio star, so the social and transparent web killed spin. Communication can no long be about lazy words, but must instead be rooted in tangible actions. It is not what we say, nor what we say we do, but what we do – by which we should be judged. Deeds, not words, count most.

“Do evil” corporations must still atone for their sins, the first stage of which should be self-awareness and confession. Their publics will respect them more for it. Atonement teaches us to know ourselves better and to find our own honesties. It teaches us to learn from our mistakes and not to repeat them. Some religions require (self-) flagellation; others mere contrition. But this, for me, is merely a question of degree.

Five years to the day since the collapse of Lehman Brothers, I would like to put National Apology Day back on the agenda. It might lance the festering boil of animosity towards the bankers in particular, but could sweep others into its healing path. Once sorry is said, then we can all move on. We can find forgiveness. No apologies leave only open wounds.

Companies know when they have done wrong. Just like we do as mothers, fathers, colleagues and friends. Companies know when they have substituted the convenience of tick-box compliance for the imperative of values-led behaviours. And they know when they really should apologise – even though they so often don’t. No-one needs to “have god” to understand this. But everyone needs to have a core humanity and a very real sense of purpose and values – of what is right and what is wrong. In business, as in life.

Robert Phillips is the co-founder of Jericho Chambers
robert.phillips@jerichochambers.com 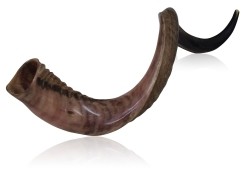