Buddy Steiner-Lawson reflects on the re-use of urban infrastructure working towards a common good.

Last weekend I had the pleasure of visiting Berlin. And I tried something different from what young people normally do when on a long weekend jaunt: I cycled round an airport.

Berlin Tempelhof Airport was once the centre of the city’s aviation. The Nazis used it throughout World War Two, but it hit the headlines during the Berlin Airlift in 1948 where one plane was landing every 90 seconds, bringing aid and supplies to a cut-off city.

These days Tempelhof is far quieter and a lot greener. The US Army Aviation sign is still prominent on the terminal walls but it no longer feels like an airport, despite its large flat open area and obvious layout. Gone are the Dakotas, replaced by runners, cyclists, wind boarders now dashing up and down the old runways. The open land is littered with wildlife refuges, sports fields, large allotment spaces and BBQ areas. I even spotted outdoor dances classes. Perhaps the only real give away is the occasional abandoned aircraft.

Closed to air traffic in 2007, the future use of the land was put in the hands of ordinary Berliners, who secured enough influence to turn it into a permanent park. Tempelhof is now a place purely for the common good.

What really stuck me was the feeling that this space fell well outside the control of capitalism and the free-market. If it had been London the land would have been sold to the highest private land developer bid, to build homes that ordinary people could never afford in identikit layout and design. This was different. Much like large parts of Berlin, it felt natural and free, not driven by profit. Maybe it’s a lingering influence of Communism. In the 2012 Olympic ceremony Tim Burners-Lee left a message to world of ‘This is for everyone’ in regards to the internet. You can’t help but feel the same sentiment is true for Templefhof.

Would such a space in London work? Berlin has Tempelhof, New York has the High-Line, which is equally wonderful; so what can we do? Arguably London already does this well with its countless large Royal Parks. But they don’t really feel like something the people have ‘taken back’ like Tempelhof and the High-Line. Proposals in Peckham look to launch a copycat of the High-Line called the Coal-Line, but on a much smaller scale. The Olympic park was too purposely built and lacks authenticity, despite being a fantastic park and reclamation of former industrial ground. Other such projects, such as the Garden Bridge have become mired in mismanagement and profit-making, and currently look like little more than vanity projects.

So does London need to look to a smaller scale? As I type, areas such the famously abandoned Millennium Mills in the Docklands look to be sold off. Why can’t we turn such places into something for the people? Could Battersea Power station been a similar chance? With our current infrastructure at maximum capacity and a scarcity of land, we are unlikely to have a chance to create something similar any time soon, so are these relics on an industrial world our best chance?

Consider the Thames. One idea currently discussed is the building of a Lido in the Thames near Blackfriars, which would have clean and filtered water for people to swim in. Could we not also consider floating parks? It would be a fantastic sensation to be able to relax right down on the waters level of the Thames. Below and away from the hustle of the Southbank or Embankment. What better way for people to reclaim something for themselves than to get closer to it? The Thames is far too neglected as something that belongs to all of London. In fact it wasn’t so different to Templehof or the High-Line at one time. Like both it was the life-blood of a city and also an empire. Because of that everyone had some use for the river. If there is one thing we can take back for the people maybe it is the Thames. 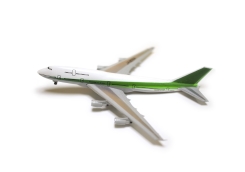