By John Urpeth of Boy On A Beach

The semiotics of deceit

Judging a book by its cover is unwise. We all know that. And so to the supermarket where we also know that, in order to catch our eye, packaging designers thoughtfully work their sensory-perceptual magic to ensure our levels of pre-purchase dissonance remain dangerously high. And so to this box of salmon. 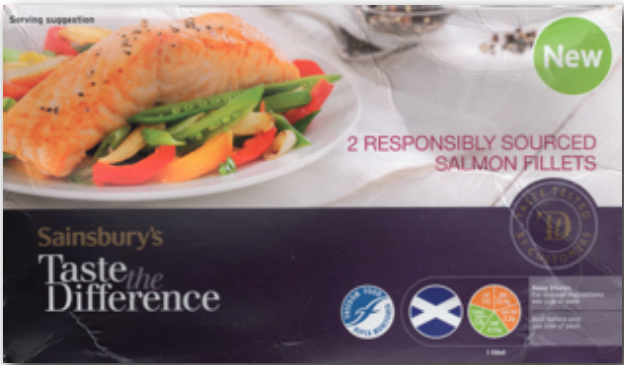 This packaging is ticking all the right boxes. Just look at it and by association, just look at me. Itʼs decorated like a war veteran. We have the Saltire unashamedly indicating a proud Scottish provenance. The fish it contains have experienced so much ʻFreedomʼ that the RSPCA has felt the need to intervene. Itʼs ʻNewʼ, itʼs ʻTaste Testedʼ by people just like me and itʼs in my re-usable shopping bag (picture side up). Anyway, it made me feel smug at the checkout and crucially, the whole world knows I have ʻResponsibly Sourcedʼ tonight’s dinner.

Notwithstanding the ongoing debate about the environmental impact of farming salmon in Hebridean sea lochs, only the most ardent cynic could possibly pull a face at this ostensibly laudable attempt by a grocery multiple at ʻdoing the right thingʼ…

It just gets better and better. Theyʼre now in the pan and beginning to look not too dissimilar to the airbrushed depiction on the pack which, rather worryingly, I am still drooling over in a self-aggrandising, pornographic sort of way, greedily searching for yet further confirmation that my ecological credentials are right up there. (Aside from painting my face with woad and harpooning the things myself itʼs difficult to see at this stage, what more any man can do for his planet)?

And then it happened. I momentarily stopped flattering my own vanity and reached for my glasses in the sure knowledge that the squintingly small-print back and sides, will no doubt yield yet more post-purchase, pre-prandial, eco-rewards; more worthy factoids on which to dine out while dining in.

So what have we here? Packed in Portree… no thatʼs not it …. focus… microscopic font this despite the goggles… packed in Po… Poland! PACKED IN POLAND? Unbelievably, it says the swaggering, self-satisfied fillets arrogantly languishing on my griddle were packed in POLAND. Surely some mistake, Iʼm violated, embarrassed, totally discombobulated. Iʼm angry and I feel genuinely stupid.

How on Godʼs good earth can fish, apparently nurtured with love in these Isles, be labelled ʻResponsibly Sourcedʼ when they are flown to Eastern Europe, stuffed into a cardboard box and then flown back from whence they came? Are they having a laugh? Worse, are they having a laugh at my expense? Iʼm now beginning to Taste the Difference alright and itʼs unpleasantly sour. I feel duped and I feel a letter coming on.

I address my e-mail to Justin King (aim high, why not?) and some credit to him (I have convinced myself that it was indeed ʻHeʼ rather than a PR case worker signing off as the CEO) for engaging in what amounted to five, albeit frustrating rounds of exchange.

Hereʼs the thing. For the life of me I cannot understand why a brand would allow its Corporate Social Responsibility machine to systematically dismantle any vestiges of credibility it may have been able to salvage from a bad situation. What unfolded amply demonstrates why trust in corporations is shot and why the CSR phenomenon is a bogus and insincere response to the mounting global crises in which they are too frequently implicated.

My plangent appeal to Sainsburyʼs is very simple. Please donʼt seduce me with prominent, suggestive, endorsing imagery and claims about values and ethics and all the rest of it on the front of the pack whilst blithely deceiving me using (very) small print buried well out of the way on the back. Theyʼre very aware of how we shop the aisles and how to crank up the semiotics knowing full well how signs and symbols create meaning in our poor subconscious minds.

They also know that they have instructed their design team to make the legally required ʻPacked in Polandʼ message as visually recessive as possible.

So I petition them to admit their crime, make amends and move on towards greater honesty and transparency.

But no (and this is the disappointing and truly disturbing thing), they embark instead on an audacious attempt at justification; a reflexive defence of the indefensible.

In his first salvo, Mr King tells me in apparent mitigation, that another product entirely – their fresh smoked salmon – is packed in Fraserborough (no way, shut up). He then goes on to say that they choose a Polish processor for the product in question because they offer ʻservice and quality at a fair priceʼ which he knows ʻis important to his customersʼ. Breathtakingly, he believes the information on the pack to be ʻclear and honestʼ (sic) which ensures customers ʻcan make informed decisionsʼ (sic). He concludes by reassuring me about his ʻpassion for environmental protectionʼ. I am of course, referred to the website where I can learn more about their corporate zeal and commitment (aka vacuous propaganda).

Reasonably, I challenge him to explain, if using national emblems is clear and honest, why he does not put the Polish flag on the front of the box as well? Or why he does not support the British pin-boning and packaging industry by electing to use a local Scottish processor instead? And why he thinks ʻfair pricingʼ is what is paid at the check-out when he knows perfectly well that the real cost to consumers has consequent and increased benefit payments to the British unemployed, increased insurance premiums due to flooding brought about by climate change factored in blah, etc. blah,?

Later on, Mr King defends the fact that Sainsburyʼs employs large numbers of people in Scotland implying that before he extended his largesse north of the border, the indigenous, local population simply did not engage in the retailing of food at all. Donʼt get me started. Of course, we never learn if the customers who allegedly crave ʻfair pricesʼ have ever been invited to reflect on the issue of off-shore processing practices. I challenge him to conduct a simple AB test with packs bearing clearer information but hear no more.

In passing, I share my concerns separately with the RSPCA taking care to point out that whilst I admire them for attending to the needs of farmed animals they are, in this instance, accelerating the demise of wild populations by giving their blessing to totally avoidable carbon emissions and completely unnecessary food miles.

Astonishingly, they responded by saying ʻwelfare standards for farm animals do not include requirements regarding the transportation of processed food productsʼ. ʻFreedomʼ has always been a difficult philosophical concept but it strikes me forcibly that when the wellbeing of farmed salmon is achieved at the discomfiture of Polar Bears et al, then the true meaning and purpose of ʻFreedom Foodʼ becomes rather blurred. Depressingly, it also occurs to me that the RSPCA might just be guilty of the same callous myopia exhibited by the brand it chooses to endorse. Curiously, they too refer me to the silent grand arbiter, their website.

And hither and thither and back and forth with no acknowledgment of the utter insanity of the collective conspiracy going down. What they donʼt seem to realise is that their obfuscation makes matters much, much worse. We all know that Mr King chooses a Polish supplier because it affords him cheap labour and whilst he tries to argue that this drives down the retail price of his salmon we all know that it does no such thing. It merely preserves more margin for his shareholders.

To pretend, as his packaging begs us to believe, that the whole enterprise is about the environment and localism and humane values is a hideous deceit. And to think a backslapping internet litany of good deeds can somehow compensate for the odd indiscretion here and there is almost parliamentary in its tedious self-delusion. In life, the important difference between us is not measured by how high some of us soar, but how low some of us stoop.

Pick the bones out of that… 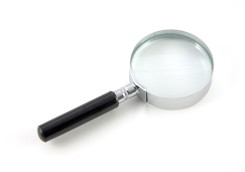