When Grayson Perry, in a pink party dress, addressed the ‘Being A Man’ festival at the Southbank last week, he ended with a series of demands:

“We men ask ourselves and each other for the following: the right to be vulnerable, to be uncertain, to be wrong, to be intuitive, the right not to know, to be flexible and not to be ashamed.”

He got a standing ovation.

The sentiments he captures feel very much of our times. In fact one might assume few would dispute the idea that men should be in touch with their emotions and comfortable with their softer sides. We’ve come a long way from the Barbie and Ken model of gender dynamics, haven’t we?

The very fact that the Southbank Centre ran a weekend-long event dedicated to men discussing the ins and outs of how to deal with masculinity in our modern world would certainly suggest as such.

But take a cursory glance around the marketing and brand landscape – a place you might actually expect to be particularly progressive in terms of its approach to the genders – and there seems to be a big disconnect.

Take Dove. A brand that acts as a standard-bearer for a modern, values-led approach to marketing its products. There it is, taking a stand for women, promoting a point of view and actively campaigning for ‘real beauty’. It’s emotional and heartfelt – and famously successful. So when it launched Dove for Men, you might have expected it to be banging a drum for a thoroughly modern man. Putting itself out there with a cause to fight for and its feelings on its sleeve. Instead you get ‘the authority on man maintenance’. The brand is called Dove men+care and they do take the audacious step of suggesting that men might want their skin to feel cared for – even soft. But it is all very, very functional.

And that’s the trend for male brands everywhere. Throughout the fast-growing male beauty business for sure – it’s as though everyone’s assuming that because men are taking this crazy step of buying some personal care products, they must be worrying that their masculinity is in danger of being dangerously undermined, and every effort must be taken to counteract that. ‘You’re still a man!’ they scream.

But it’s not just grooming. The story is the same across a whole host of categories, particularly the so-called ‘male’ ones. From beer to DIY to cars to burgers, a knee jerk train of thought seems to come into play and it’s all rather old school. Male brands offer function not emotion. They have attitude rather than values. They do what it says on the tin.

This seems a bit strange. After all, taking up the modern male cause (a la Grayson Perry’s plea) would be a great way for a brand to nail a progressive flag to its mast. Even just getting a bit emotional and putting values at the fore would make it stand out from the crowd. The world has turned on this – the sensitive man is definitely having a moment. What brand wouldn’t want to share it with him?

So to anyone delving into their brand planning or development – the challenge is out to think progressively. Men have feelings too!

This article originally appeared on the Good Business blog. 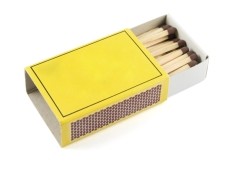