As the dust settles on the 2014 European election results and the media get hysterical about the (much telegraphed) UKIP victory it’s time to step back and look calmly at the results, not follow the herd. The results are interesting and significant in a number of ways – just not in the way most people seem to be saying.

European elections are truly terrible predictors of the General Election that is to follow. In 1989, a victory for Neil Kinnock’s Labour Party was the precursor for a Tory victory in 1992. Conservative victories in 1999 and 2004 were followed by Labour victories at the subsequent General Elections in 2001 and 2005. In fact, only once in the last 30 years has the same party won the European Elections and then gone on to secure a majority at the next General Election.

That’s not to say the elections mean nothing. They demonstrate that the Lib Dem position is probably even worse than many of us had appreciated. Securing less than 7% of the vote and finishing behind the Greens in 5th place is breathtakingly bad. When you see them fail to win a single seat in their heartland of the south west, for the first time obliteration in 2015 does not look impossible.

For Labour, the party have made gains but have done nothing to indicate they are going to sweep the country in 12 months’ time. 25% of the vote is just nowhere near enough, and their local election results were a curate’s egg. Fantastic results in London but a real mixed bag elsewhere adds to the growing sense that Labour are increasingly a metropolitan-only party in the same way the Conservatives have reduced to being a party of the rural and suburban south.

And, speaking of the Conservatives, it’s another real mixed bag for them too. It’s said to be the first time in their history that the party have come third in a national poll. Yet they will feel finishing less than 2% behind Labour gives them a platform to overhaul them in the 12 months before the General Election next year.

Whilst UKIP are quite rightly crowing today, we all know they will do well to win anything more than 1 or 2 seats and the next General Election and probably won’t get much more than 6% of the vote. So let’s not overstate the rise of Nigel Farage’s party.

The most important things in the politics are the long-term trends the media always overlook. And for these European Elections they demonstrate that the long-term decline of the two major parties is not just continuing but it is accelerating.

The most important stat in British politics is that the combined vote of the Conservatives and Labour has fallen in every General Election bar three since 1951. Where the 2014 European elections set a new milestone in their decline is that it represents the first time in nearly 100 years that a national election has been won by someone other than the Conservatives or the Labour Party. Furthermore, the combined vote of the establishment parties tipped down to just 49% meaning more people voted for the assorted collection of UKIP, Greens, SNP, Plaid Cymru and yes even the ailing Lib Dems than did for the two parties that have governed Britain for the last century.

Combined with the local elections, as touched upon above, the results also highlight the striking geographical nature of the Conservatives and Labour’s decline. It has long been recognised that the Tories have largely retrenched to being a party of the rural and suburban south. But in recent years it’s becoming increasingly clear that Labour is reducing to being a party of the big cities. The local elections made this especially clear, with great gains in London and Manchester whilst little progress was made in small town England or rural areas.

It has long been my contention that both major parties are in denial about their long-term decline and are hiding behind a first-past-the-post electoral system that props them up. The day when that denial must end draws ever closer, and the 2014 European elections represent one more step towards the inevitability that Britain is heading towards a four or even five party political system.

This article first appeared on the CRC Communications blog. 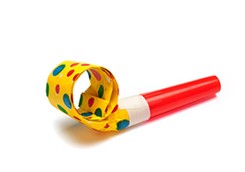