You have been influenced when you think something you wouldn’t otherwise have thought or do something you wouldn’t otherwise have done. Influence is central to organisational life. After all, organisations are formed to create mutual value the consequence of which is sustained profit in business terms and sustainable value otherwise, and mutual understanding and mutual influence are surely the best precursors to this ongoing process.

And yet we have allowed the ambiguities of the English language to muddy the waters here. Influence means two related but different things. It’s the ability one is attributed to change another’s opinion or behaviour, and so we contextually refer to those that possess it as influential. And of course the word also describes the very changing of opinion or behaviour.

Euler Partners helped WOMMA rewrite its Influencer Guidebook recently, and while the guidebook defines influence as “the ability to cause or contribute to a change in opinion or behavior”, we did caveat that as follows. “There are two distinct states of influencer measurement that are relative to the point in time an influencer marketing program begins: 1. The potential to influence (before); 2. Actual, observed influence (during/after).”

In seeking the latter, marketing and PR practitioners are keen to find the former, and this appetite is being teased by a small cadre of influence scoring services that automagically appear to reduce the social connections and memetic transfers visible on social media into an influence score.

There are some serious flaws in this process that appear, on the whole, to be ignored unfortuntely. Here are some of the more obvious flaws: some services attempt to contextualise the score, others do not; most only mine Twitter for clues because the vast majority of influence in action isn’t so easily subject to data collection and analysis; having your stuff retweeted is not a proxy for opinion or behaviour changing; having lots of followers is perhaps a sign of popularity, but popularity and influence aren’t synonymous.

Less obviously, professionals do not (or at least should not) trust so-called black boxes blindly, and yet the mathematics underpinning these influence scores is usually well hidden for “proprietary reasons”. Lastly, in case we haven’t influenced you to proceed with caution here, the network science presented at ACM SIGKDD Conference on Knowledge Discovery and Data Mining demonstrates that the problem of “influence maximisation” requires focus on a cohort of nodes (people) in a network, rather than simply picking out the most connected.

It’s not that Euler Partners is against network science; on the contrary, the eponym of our company is the mathematician whose work led to the development of network science. But today, the interest in and adoption of influence scoring services far exceeds their qualified application. Much greater benefit would accrue those practitioners guided by our mantra: to influence better, be influenced better. It’s a mantra informed by the excellence theory of public relations but one that is too often neglected in the age of “getting the message out”. 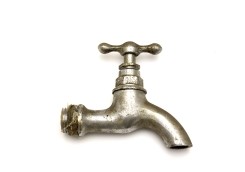