What do Uganda’s use of WhatsApp, India’s establishment of Bollywood and Daesh’s use of video have in common? They are all illustrations of soft power succeeding where hard power previously failed.

The concept of soft power has evolved significantly over the past ten years. When it was first developed by Clinton advisor Joseph Nye in the early 90s, it was purely an international relations term used to describe the state alternative to guns and money. Instead of using force, soft power was how the US dominated the globe using attraction. Rather like charisma in an individual, soft power came through US qualities, values, style – the whole American Dream – pulling people towards it, shaping their choices.

Today however, alternatives to hard power are as likely to be used by non-state actors, from activists to terrorists, bloggers to entrepreneurs. Instead of investing in beautiful state-sponsored institutions to create influence – the British Council, China’s 800 Confucius Institutes, India’s Bollywood – individuals use petitions, videos, networks to change the shape of a global conversation.

Consider how Avaaz’s 45 million members regularly change policy. Or how Daesh has been able to capture the world’s imagination, manipulate defense departments and become the Pied Pipers of Islamic youth with their mix of macabre videos and poetry – all simply distributed on smartphones. And after decades of trying to address epidemics through aid that never quite found its target, the information and image sharing capacity of WhatsApp is beginning to make a real difference to health in Uganda.

It’s not simply that knowledge is shared virally, peer-to-peer, rather than trickling down from the previous gate-keepers, but also that the forms of sharing are compelling, seductive, transforming – the disseminators shape our thinking and change our lives. Instead of using carrots or sticks (aid, sanctions), change happens through releasing memes – powerful new ideas – or establishing new narratives that can make success or failure happen. Just as paper wraps stone.

Is soft power relevant on a micro level, between organisations or even individuals? In my work as a consultant, I have advised as many businesses, schools and individual leaders in the UK as government departments and institutions like NATO. Wherever there are sets of dynamic relationships at play, soft power is an important factor and modern power literacy is vital for effective action in the complex environments we all have to navigate.

One hint: don’t mistake soft power for either marketing or propaganda. When No.10 paid millions for its Great Britain campaign, it may have helped tourism, but it did nothing to increase influence abroad. Instead, as Lord Howell, convener of the UK Select Committee on soft power, reported, with our austerity measures and immigration controversies making headlines around the world, we are currently draining what was once our biggest asset – soft power. As the annual soft power index will show you, influence arises from attraction. 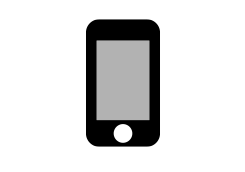