Why nuclear is here to stay and shouldn’t lead to an emotional or atomic meltdown. 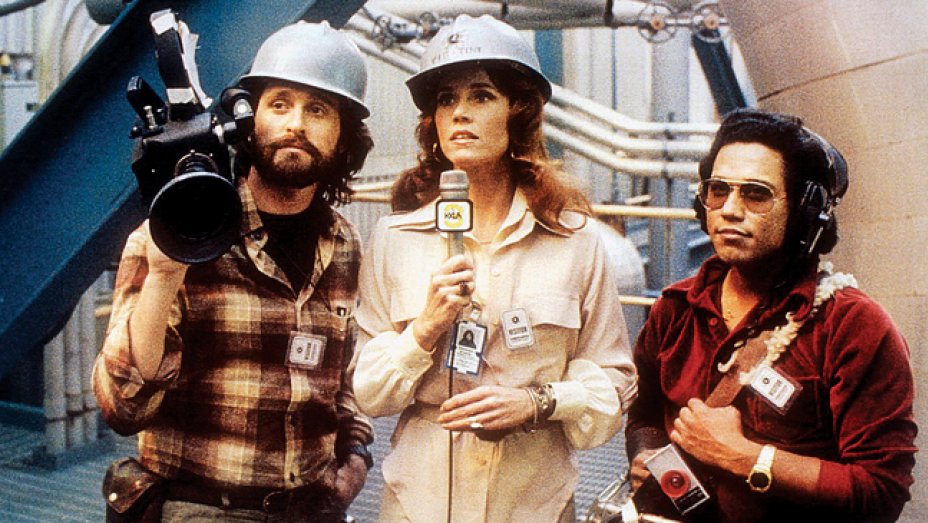 The big screen’s treatment of the nuclear industry has rarely been positive. The 1979 film noir The China Syndrome starring Jane Fonda, Jack Lemmon and Michael Douglas was an unexpected hit.  “China syndrome” is an expression — not meant to be taken literally — that describes a fictional result of a nuclear meltdown, where reactor components melt through their containment structures and into the underlying earth, “all the way to China.” In common with the subject matter in films from Harry Potter to the Wizard of Oz, these events did not and could never occur.

The small screen followed big with Chernobyl, a gripping drama of Soviet-era managerial dysfunction and Stalinist blame-allocation which leads this year’s BAFTA nominations. And there was a Fukushima movie starring Ken Watanabe which hasn’t yet involved a theatrical release in the UK.

Current concerns about Chinese involvement in Hinkley and Sizewell C are dominating current headlines but this could be the time to cool it a little and think rationally. Not least because the Chinese are investors and are not directly involved in their construction. There will be no ability to switch these reactors on or off in Beijing. Neither, for that matter, will there be a switch in Westminster.

Between Zoom calls over the last few months, and as I pull my children off Tik Tok and You Tube to have supper, I realise what we need to return to is the real Big Story, a theme that will still be there post-COVID – global thermal warming. After I’m gone, this will remain the major challenge of their generation, as it indeed already is that of my generation. There’s a time to do The Right Thing and it’s now.

We live in a time when we need to follow facts and listen to experts. Countless among their number have stated that nuclear power – combined with sustainable sources such as wind farms – are going to form a vital component of reducing our carbon emissions across the world and avoiding a disaster not just for our species but most other species on the planet.

Sure, as concrete is poured to create a nuclear reactor CO2 will be emitted. The lorries will burn diesel – I cannot yet stipulate that construction firms must use electric lorries because they do not exist. But once Sizewell C is up and running it will put the fact that the German government – which has just given the go ahead to a new coal fired power station – into an even harsher spotlight. And possibly change its mind. Nuclear reactors emit no carbon.

Indeed, we can go one better than that: Nuclear power stations produce heat, and in the UK the heat traditionally has been used only to make electricity. Sizewell C is being designed to allow heat to be taken out of the power station and used to make hydrogen, clean fuels, heat industrial processes and for district heating. As well as making electricity. This could be a fantastic contribution to decarbonising heat, industry and transport – whether the future of clean transport is electric or liquid clean fuel. Nuclear can work with the renewables industry – processes such as electrolysis are more efficient with a constant power load – to take intermittent ‘excess’ power on windy/ sunny days and make hydrogen or other forms of storage which develop.

Second, nuclear power plants operate at much higher capacity factors than renewable energy sources or fossil fuels. Capacity factor is a measure of what percentage of the time a power plant actually produces energy. It’s a problem for all intermittent energy sources but nuclear doesn’t waste that time. The sun doesn’t always shine, nor the wind always blow, [nor water always fall through the turbines of a dam.]

To read some of the media reaction one might think that thousands of technicians, engineers and constructions workers from China, [armed with their Little Red Books], are heading to the UK to build the new plants. This isn’t true.  More than 2500 British businesses are working on Hinkley and hope to work on Sizewell, including British engineers from firms like Jacobs and Atkins.  They will be heavily involved in the construction process and Atkins themselves have written in a submission to the Secretary of State:

“We are heavily involved in the Hinkley Point C programme and see first-hand the impact such projects have in terms of skills development and jobs both at local and national level as well as across the full skills spectrum. There is sometimes a misconception that because those reactors are of foreign technology, most of the high-end work is carried out abroad. This is simply not the case and we can vouch that most of the engineering is done in the United Kingdom by companies such as ourselves. This is clearly critical in allowing us to maintain and develop high skill high pay employment but our involvement in those projects is also creating important export revenue streams.”

We are going to need high quality, well-paid jobs aplenty after COVID if we are to avoid 1930s levels of unemployment and Sizewell will offer them in abundance. Nuclear power is not the only answer to the ominous threat of global warming. Renewables have their place; so, at least for the time being levelling the flow of electricity when renewables vary, does natural gas. But nuclear deserves better than the anti-nuclear prejudices and fears that have plagued it (partly as a consequence of the industry’s own historically poor PR). It’s a valuable, even an irreplaceable, part of the solution to the greatest energy threat in the history of humankind.

A certain reset is taking place among Western nations and their relations with China. This is understandable. But when geo-politics are put aside, the critical challenge of global warming will remain. 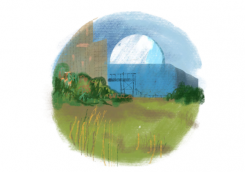