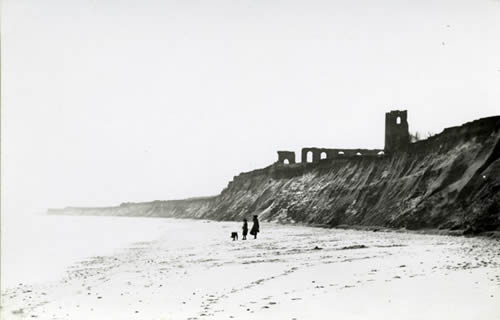 ‘We do not inherit the world from our ancestors. We borrow it from our grandchildren’. This native American saying captures the essence of stewardship. And it is stewardship principles which should guide us as we make decisions that will shape our children’s world in 2040 and beyond.

In Tomorrow’s Company, the organisation I founded 25 years ago, we have worked with companies and investment institutions and other stakeholders to develop four key principles which can inform the way we invest our money, run our organisations and make decisions that will stand the test of time.

The first principle is clarity. Be clear about our purpose, about our values – that is, how we will and will not behave – and our accountability.

The second is about performance and efficiency. Make sure that whatever we are doing we do it effectively, and continually improve our performance.

The third principle is about sensitivity, listening and anticipation. Look around us. Sense how the landscape is changing. Seize opportunities and anticipate risks.

The fourth is about time. Balance today with tomorrow. Pay attention to immediate rewards but think through the future consequences of today’s decisions and their sometimes unexpected consequences. [i]

With these principles in mind, I started looking at Suffolk County Council’s statements about its ambitions for the County. These were drafted before the COVID crisis and it shows. Pre-COVID, it might seem sensible to have separate policy statements on the economy, transport, safety, health and wellbeing, nature, flood risk and so on.

Today this approach seems disjointed and wrong-headed. In the old days we thought we had to start with economic growth because that’s what paid for the NHS and all the services that we wanted. Now we have learned that it’s the other way around. We need to take seriously those seemingly improbable but catastrophic risks. We need resilient communities, well equipped to care for themselves and their neighbourhoods. We need a health service, not just an illness service. Wellbeing starts here on our doorstep.

A great example is the dementia-friendly sensory garden which was initiated by the Aldeburgh community around its Cottage Hospital to help patients recover quicker and return to their homes.  Better health – on which our economy depends – flows in turn from drawing together the threads of housing, education, transport and planning policy into a common fabric.

East Suffolk District Council made a planning decision in April 2020 which showed exactly how not to do this. For four years, the local people in Westleton had worked on a plan to provide suitable housing to accommodate older citizens within the village. Villagers had raised funds and developed a plan, with the blessing of the Church of England, to develop 20 bungalows and use the now-redundant vicarage building itself as a social hub for future residents. One might expect a caring council to be a supportive partner in such a community-led development, and, if any problems existed, to co-operate with the community groups to overcome these.  Not a bit of it. East Suffolk’s planners turned the proposal down flat. Why? The planners cited harm to the ‘historical significance of St Peter’s Church nearby’, ignoring the obvious point that housing the elderly and using the vicarage to combat loneliness might be entirely in tune with the best historical traditions of the church.

Beware of policy that is concocted by remote specialists in their narrow compartments, insensitive to the needs of human beings now and in future generations. Beware too of mega-projects, brutal in their implementation but claiming ‘economic benefits’.

How are we, as citizens and stewards of the Suffolk Coast, to view our stewardship responsibility? We start with a fragile landscape which risks, in time,  being overwhelmed by the sea, as has happened to Dunwich or Slaughden.  This reminds us that  that many assets which our predecessors hoped to pass on have long since sunk beneath the waves.  And it makes the work of organisations like the Alde and Ore Association and the Alde and Ore Estuary Trust crucial to our future.

By 2050, says the International Panel on Climate Change, extreme sea events will be happening every year. Before the end of the century Sizewell power station may have become Sizewell Island. The best-laid plans for 200-year storage of nuclear waste may be looking less robust.  [ii]

Economic planners may still limit their thinking to attracting investment and jobs. In the late seventeenth century, Slaughden boasted warehouses and a soap factory. No doubt our predecessors were exploring how they might attract more inward investment. Post-COVID good stewardship requires us to think harder about the resilience of our community here, and about the geological capital on which we all draw.  And there are other kinds of capital.

In 2017, tourism provided over 40,000 jobs and £2bn annually to Suffolk.  Back in 1947, no planner could have predicted that the most important inward investment of the year would be the decision by a classical music composer to get some friends together to make music in what became the world-famous Aldeburgh Festival. Benjamin Britten didn’t start with some economic goal in mind. Yet the economic dividend from his decision has grown in value ever since. Economic value is rarely best created by taking the direct route. It is more often created when people pursue their dreams and their creative impulses.

Look at the Suffolk Coast. The economic potential of a place is not simply to be found by looking at hardware and employment and turnover and productivity statistics, but by its heartware – by its character and by the quality of inspiration that it offers. Longer term, it is those intangibles that will be the foundation for future success and wellbeing.

Businesses which propose invasive mega-developments always promise to restore the landscape and the ecology after the decades of construction are over. The reality is rarely like that. That is what worries the RSPB at Minsmere. The mining company Rio Tinto promised ‘Net Positive Impact’ when developing a mine in Madagascar, but abandoned its plans in the face of falling commodity prices. And that was a company whose ownership had some continuity.[iii] Nobody knows who will be in charge at Sizewell C once it is built, beyond the likelihood of a 20% stake by a Chinese company

In dialogue with EDF, I was shocked to learn that the company did not expect to continue its controlling ownership of the site once it was operating.  It was proposing the project; financing it, albeit through a dependence on government price guarantees, and making plans for its future operation. Yet in due course it expected to sell it on, in part, if not in whole, to other owners.  It could not tell us who those owners might be. This breaches the fourth principle of stewardship.

Local citizens have a right to expect that those taking decisions at Sizewell will be heavily invested not only in the plant but in the place, and its ecology, its harmony and its balance.

By contrast EDF is, though it would not admit this, in the same position as a speculative property developer which has access to a lucrative site and, hopes that it might, if negotiations go well, yield a significant profit if it gains planning permission. Before Sizewell C could ever be approved, the ownership question would have to be answered by EDF. What organisation would be the majority owner? What are its values and its track record? How would that owner balance short term profit considerations with long term obligations to the local community? What ownership stake might that community have? What accountability would the new mega-enterprise have to the current community, and through their representatives, to future generations?

The stewardship wisdom of the Native American proverb tells us to balance our concerns for today with those of tomorrow. The safest way to minimise our negative impact on the landscape and its future inhabitants is to reduce our addiction to mega-projects. Pocket nuclear – the small modular reactor – is around the corner and if nuclear energy is needed at all in our energy mix, it is vital that we abandon the destruction to nature that goes with nuclear mega-projects.[iv]  Until then, however alluring the employment benefits, the government should refuse any proposal that fails to satisfy the four stewardship tests. That means a commitment to ownership continuity, and the alignment of ownership and accountability with the needs and expectations of the place on which the project is imposed.

Mark Goyder lives in Aldringham. He founded Tomorrow’s Company in 1996. Mark is co-author of award-winning book Entrusted – Stewardship for Responsible Wealth Creation; is Deputy Chair of a Commission exploring health and social care improvements in East Anglia; and was awarded an honorary doctorate by UEA in 2019.

[i] For a full description of these principles see pp 97-109 of Entrusted: stewardship for responsible wealth creation – by Ong Boon Hwee and Mark Goyder (publisher World Scientific) 2020 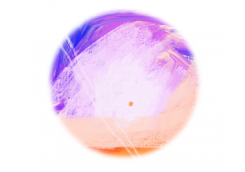