My views have hardened during 2015. This is what I’ve learned:

1. They see what we see
Wherever and however bad leaders and bad organisations try and hide, they will be exposed. Just ask Thomas Cook. Or Amazon. Or Toshiba. Don’t hide behind lawyers. Forget trying to spin. Conversations are happening anyway. You might as well join in. Better still: behave better and say a proper sorry when only a proper sorry will do.

2. Cynicism increases with age
If you’re pale, male and stale with “retirement” less than a decade away, it’s easier to be a cynic than a disruptor. Your younger colleagues and employees, however, will see you for what you are. Don’t be the business equivalent of a disco-dancing sad dad. Get out of the way, aggressively diversify, let the next generation through. Don’t taint them with the narrow cynicism of a lifer with an eye on the pension pot.

3. Lust for authentic leadership is real
“Jezbollah” Corbyn says it all; or Donald Trump. There’s weariness with sterile leaders and permafrost policies. It may be better to be real and to lose than to fake it and win. Expect more leadership shockwaves as the active and the discontented find their voice.

4. Bad economics subjugates good thinking
People are afraid to speak because they have mortgages. Old hierarchies enslave otherwise brave thinkers. There’s an army of the intelligent oppressed, desperate to speak their mind. Some people utter only what they think paymasters want to hear (this includes bloggers and book reviewers, too). I have heard this many times in recent months. Depressing.

5. Purpose is not an advertising proposition
However hard the ad-men try, smart decision-makers see beyond the snake oil and sales spiel. Purpose is only purpose when it’s real and delivered through actions, not words. Copy-written mission statements are treated with ridicule. If you get it right, understanding your purpose should be the pivot between old world and new.

6. The future will (almost certainly) be negotiated
There is a growing realisation that no-one has all the answers: a permanent state of fragility endures; solutions have to be co-produced and consistently scrutinised if they have any chance of sustainable success. Dissenting voices are more productive than obsequious consent.

7. Trustworthiness resonates further than trust
Trust is rightly seen as a knackered, bullshit message. Trustworthiness is recognised as the better outcome from relationships where each party listens properly and demonstrates vulnerability to the other. About bloody time.

8. Accountability is more important than measurement
People see through the nonsense of needlessly competitive league tables. A return on promise has become as valuable as a return on investment (the capitalist ultras notwithstanding). Better organisations are humble. They proudly make themselves accountable to employees and customers. The future belongs to wise crowds.

10. What Amazon says, goes
They may have ambulances on standby for heat-exhausted workers or encourage dog-eat-dog macho American primacy but – if you’re an author and want to sell books – you pretty much have no choice but to play by Jeff’s rules. It’s an uncomfortable, painful, ugly compromise. But this empire too will end.

The proper reform of capitalism has way to go. It’s easier to be cynical than disruptive. But resistance is futile. Smart organisations govern by the principles of tomorrow, not the rules of today. Real leaders will do the right thing, or be found out. 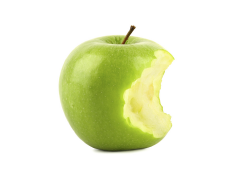